Saint Patrick Day Parade will be Sunday, March 13 at Noon 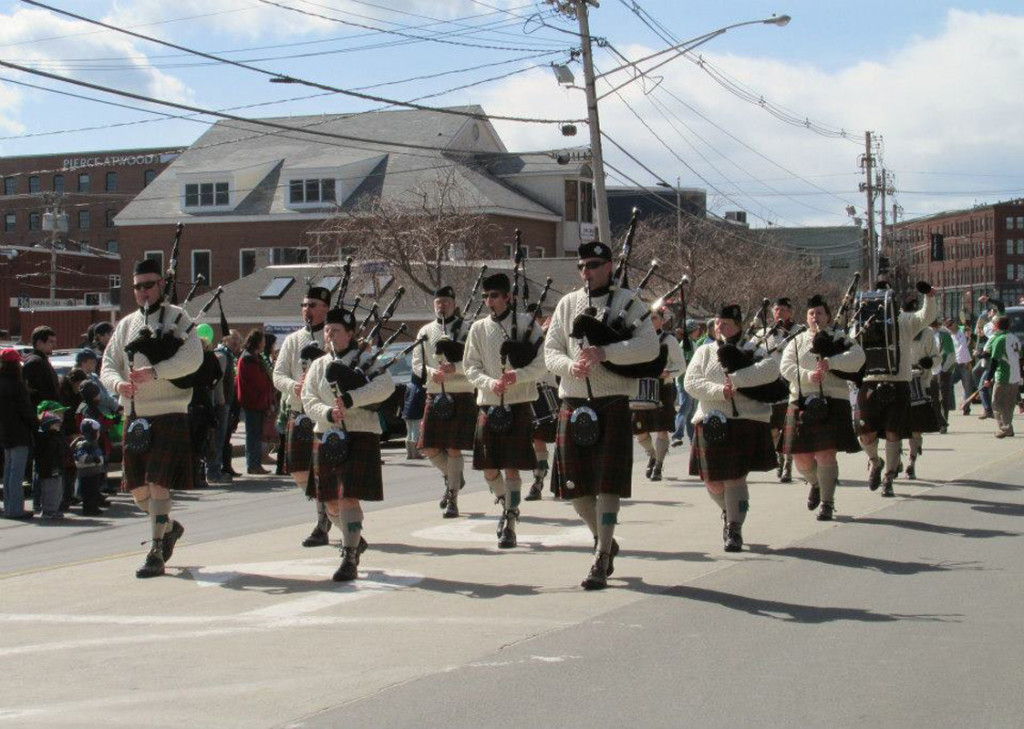 The parade starts at the Portland Fish Pier near the Center Street intersection and proceeds to the reviewing stand at Bell Buoy Park, at the base of Franklin Street next to the Casco Bay Ferry Terminal.

A reception follows at the Maine Irish Heritage Center, 34 Gray Street, where there will be a cash bar, food for sale, music, and dancing. The Heritage Center entrance is on Danforth Street.