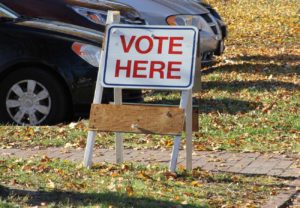 Matt Moonen is a Democrat running for the Maine House District 38 seat. He is currently running for his third term as a representative. His opponent, Tom Loring is a paper candidate, standing for the Republican Party without running a campaign.

Prior to his work within state government, Matt Moonen became acquainted with politics through advocacy work for marriage equality in Maine.

“I’ve worked on marriage equality campaigns for several years, so it was a combination of sometimes politics in that I was working with elected officials to convince them that they should be supporting marriage equality.”

Matt Moonen has served for two terms on the tax committee. In addition, he also serves on the Judiciary Committee.

Matt has several issues that he believes are relevant to Maine House District 38.

“The governor has for several years proposed pretty comprehensive tax reform. I fully expect this to happen again for the next budget proposal. We’ll be looking at ways to make sure the tax code remains fair for all people of Maine and not just the wealthiest,” says Moonen.

He sponsored LD 1314, a bill to increase taxes locally on meals and lodging. The bill proposed a 2% increase on the value of hotel rentals and prepared foods sold within the municipality of Portland.

“This was a way to export some of our taxes to tourists, while keeping some of the taxes here in Maine a little bit lower.”

Matt Moonen is also concerned with the rising cases of drug overdoses and drugs within the district.

“One thing I am hearing a lot about in the district is about the drug crisis. People are pretty upset about what they are seeing. I think there is going to be a lot more discussion about that. Obviously the governor is going to want a lot more money for law enforcement and there are going to be those of us who want more money for treatment. We are going to have to figure out how to balance those to make some progress on the issue.”

The Maine Republican Party was contacted in an attempt to acquire contact information for opponent Tom Loring but did not respond by the time of the publishing of this article.