Have you ever looked in a dictionary and seen how many words begin with ‘re’? Well, in case you haven’t, according to my laptop’s dictionary, there’s more than a thousand. That includes red, rent and reek, but there’s also a slew with ‘re’ serving as a multi-meaning prefix, such as reacquaint, revert, resemble, repel, remain, reticent, recede, resound and rebuff. If you enjoy words, exploring a dictionary is a great entertainment.

This recitation brings us to today’s topic—recycling. You all know the drill. Reduce, Reuse, Recycle is the common mantra; sometimes joined by Repair, Recondition, Repurpose, Restore, rarely accompanied by Rethink. 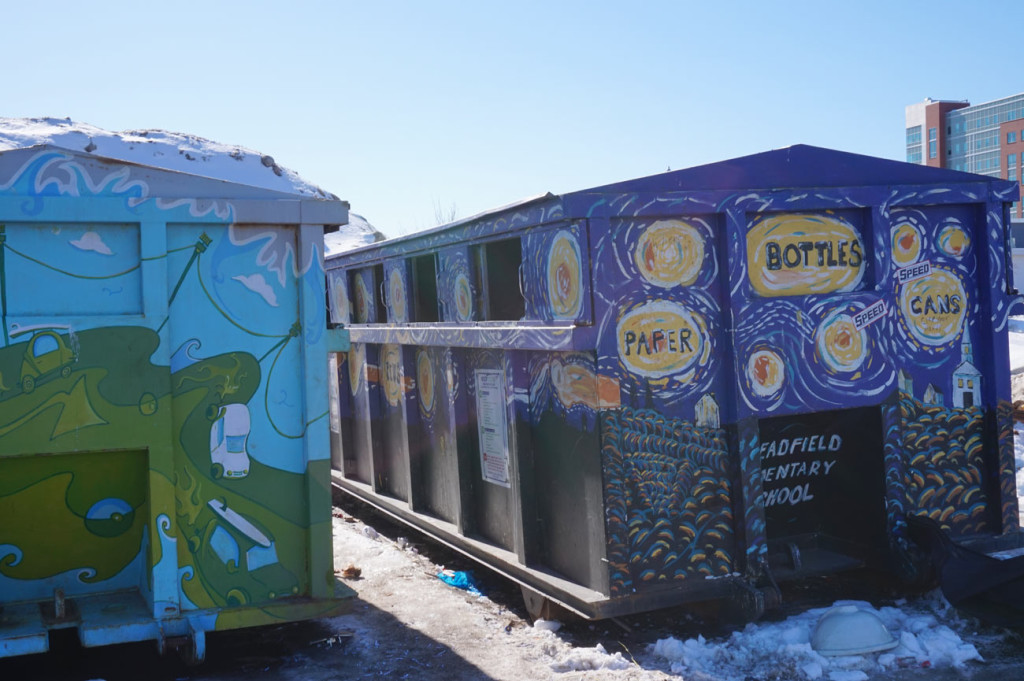 But let’s take a moment to consider where most of this all starts: Retail. From Anglo-Norman French retaille ‘a piece cut off’, retail refers to the sale of goods to the public in relatively small quantities for use or consumption rather than for resale.

In modern America, the thoughts of participation in the retail economy lead us into a tangle of contradictory emotions. Who wants Mom and Pop to go out of business? Who wants to buy goods made by people working under inhumane and dangerous conditions? Who wants to be accused of wasteful and self-indulgent over-consumption? Who wants to live beyond their means and drown in debt? Who wants to contribute to the vast quantities of trash, garbage and junk polluting our environment?

And yet, in this country we continue to shop for things we don’t need and waste and ‘throw away’ more than anyone else in the world. (Of course, there really is no ‘away’). For many of us, our only hobby is shopping. We do it on-line, over the phone, in person, on vacation. It’s recreational, it’s fun, it’s addictive and at the same time it’s ‘therapeutic’! What could be better than a little retail therapy to give yourself a lift with a comfort buy? Even after 9/11, President Bush urged us to “go shopping” and get back to normal.

The term retail therapy came into use in the 1986 Christmas Eve edition of the Chicago Tribune: “We’ve become a nation measuring out our lives in shopping bags and nursing our psychic ills through retail therapy.” And we’re primed for it through incessant advertising, product placements in films and TV shows, ‘news’ articles that in reality are nothing more than sales pitches. We’re urged to believe that economic growth trumps all, that the supply of goodies will never end and if disaster looms, technology will swoop in to the rescue.

Of course retail therapy is a tongue-in-cheek expression for behavior that often results in remorse, regret and financial repercussions. Mountains of trash and cast-offs are generated by over-shopping which leads to the push for recycling to alleviate some of the problem.

But is recycling really the answer?  How about Restrain yourself, Refuse to over-consume, Rebel against advertising, Recognize manipulation, Resist the urge to spend,Resolve to Repent and Retry when you backslide?

P.S. How many words beginning with ‘re’ did you find in this article?