India Street Clinic — The Angel We All Know

(Editor’s note) As the City Council debates the budget in April and May, an important issue that has stirred a great deal of public debate is whether the city-run India Street Public Health Center duplicates services provided by other clinics in Portland. The draft budget as presented by City Manager Jon Jennings calls for closing the India Street clinic and diverting patients to the Portland Community Health Center in Parkside. Below is a commentary from a Portland resident and former patient of the India Street clinic. 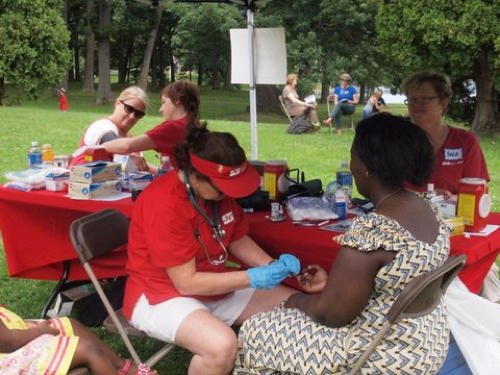 A free health clinic offered by the Maine State Nurses Association and Southern Maine Workers Center demonstrates that the need for public health care outstrips what is currently offered in the community. (August 2014)

As a former patron to the India Street clinic, the news of its potential closure has come as nothing less than devastating. My experience with India Street has provided me with a story which begs to be shared, as well as a perspective on the necessity of this clinic as it stands, without its service shifted elsewhere.

The India Street clinic is not just for the “most vulnerable” as many have framed this discussion, but also for those who don’t consider themselves members of this heart-rending category.

The India Street clinic has proven themselves to be a public service truly for the public. They do not act as gatekeepers to those who seek their help. If you are uninsured or underinsured and need help, no questions are asked — you will receive service at little to no cost due to it’s funding and the selflessness of their volunteers.

I know of no other clinic in Portland that acts without red tape, Portland Community Health Center included. India Street clinic has proven themselves trustworthy in that no one gets turned away.

I do not trust having the services at the India Street clinic “shifted” to another entity to provide the same level of true openness to the public. This other already operating entity has a well-established modus operandi that looks nothing like that of India Street’s. An appropriate metaphor might be “you can’t teach an old dog new tricks.”

Another point that really needs to be emphasized is how this clinic has helped far more than those who are seen as the community’s “most vulnerable.”

Who are the most vulnerable? Uninsured immigrants, heroin addicts, individuals fighting HIV and AIDS, to name a few. But what about adults who have had health care access for almost their whole lives, who come from middle class families, who aren’t addicted or stricken with any chronic illnesses, and who do as we are told by going to school so they can qualify for a nice job with full health benefits? How do they benefit from India Street? They do, time and time again, and I am just one.

In August 2015, I turned 26 and therefore aged out of my mother’s health insurance plan. I was working a summer job overtime at a busy Old Port restaurant. I met with HR and attempted to find an insurance plan that would work for me through their coverage.

I was disheartened to learn that not only did they record my hours incorrectly (making me ineligible that month for benefits until they got around to fixing it), but that once they cleared up this clerical error, I would be paying several hundred dollars per month for sub-par coverage with high co-pays. Needless to say, I remained uninsured that month.

Knowing I didn’t want to work in the restaurant scene much longer and that I needed a job with better benefits, I applied for new jobs that offered just that.

I was going through a lengthy interview process for a public education position when I contracted a kidney infection. Not only did the pain keep me out of work, it also came with the risk of blood poisoning and permanent kidney damage is left untreated. 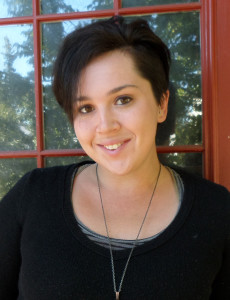 I knew of nowhere to turn but the India Street clinic. I contacted them, they set me right up with an appointment, saw me for free and prescribed me antibiotics that cost only a few dollars. In September, I got the job as an Ed Tech and became insured once again.

The India Street clinic has proven time and time again that they provide care with dignity to those who have found themselves between a rock and a hard place — a place anyone, including our city representatives, could find themselves in at any unforeseen time in the future.

Chancing that a different care provider could match the services that India Street provides is a risk not worth taking. India Street is the angel we all know — anything else is the devil we don’t.