Housing Committee Must Act to Mitigate the Housing Crisis 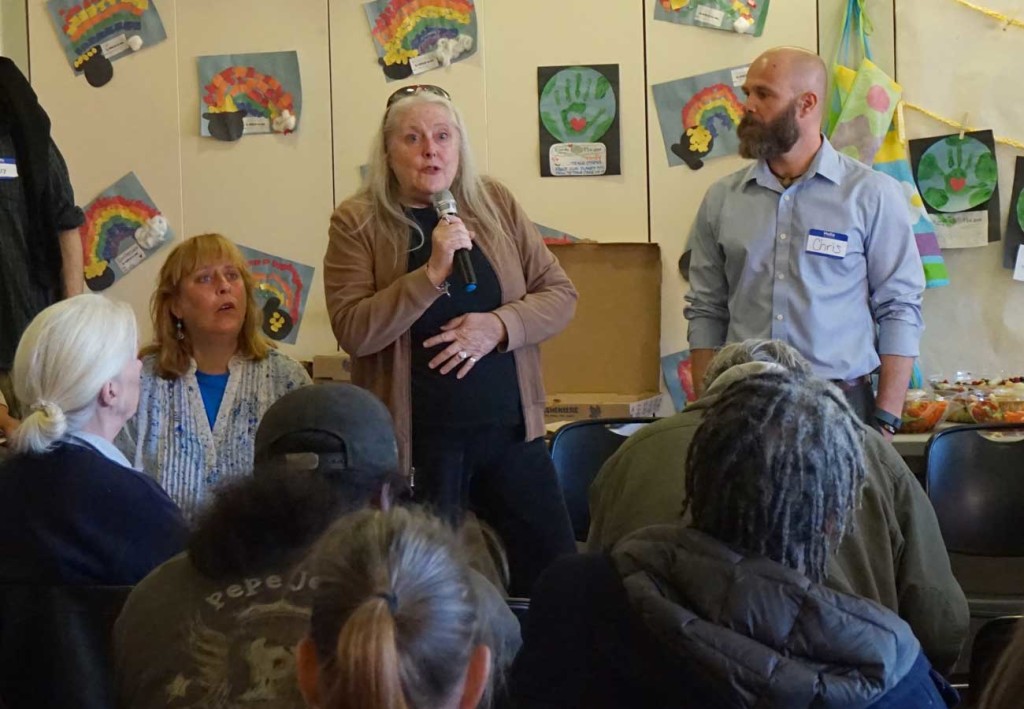 Parkside resident Jacqui Deveneau speaks at a public forum, “We are not numbers, we are human beings.”

Two contrasting meetings held in mid-April tell much of the story of the housing crisis. It is a complex issue that means different things to different people. But one thing seems clear, any meaningful action to mitigate the crisis is far off.

In February the Parkside Neighborhood Association requested that the newly formed Housing Committee meet with the residents of Parkside to hear firsthand from those most affected by the crisis. 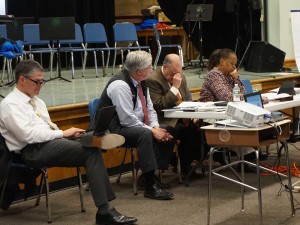 The Housing Committee responded by holding one of their regularly scheduled public meetings at King Middle School on April 13th. The public was not invited to speak. The Committee heard from representatives of fourteen of Portland’s many neighborhood associations. All agreed there was a crisis, but precisely what that crisis meant to their respective neighborhoods varied greatly.

Problems were plenty. The “proliferation” of sober houses and the sudden abundance of Airbnb properties. Worry over neighborhood character. Concern for the elderly who want to stay in their homes. The need to rehab old buildings, and the fear of eviction.

A lot was said. It was efficient and informative. But it was a missed opportunity.

This is a human story, and the kind of details that move one to action cannot be told by representatives and associations. The community most impacted needs to tell their story from their own backyard. And the community hit the hardest is Parkside.

So, nonprofit and advocacy organizations formed the Portland Coalition for Housing Justice and hosted their own public meeting on April 14th. It was held at the Parkside Neighborhood Center on Grant Street, just blocks from the site of multiple infamous evictions.

Neighbors knew each other well, and they opened up.

The problems shared were numerous, but there was a clear through-line to every story told. The problem is real, immediate and life-threatening.

Margaret has been camping out and staying at the shelter for two years. Her first two children were born into homelessness, and they live with a relative. Margaret is pregnant with her third child.

Margaret counts herself among the lucky ones because she has received a government housing voucher to help her move into an apartment, but a voucher is no guarantee of housing. Finding a landlord that can and will accept a voucher is a herculean task.

For her the housing crisis is not a complex issue for endless deliberation. It is an immediate crisis.

“Don’t take too long to act,” said Margaret. “If things don’t change soon, I likely won’t be able to find housing in time before my next child is born. I am afraid that I am going to lose my third child over something that is out of my control. I can’t bear to do it again. Please act now.”

The Coalition has a list of policy demands to ease the crisis. They want an immediate moratorium on no-cause evictions, a freeze on rent increases, a prohibition on discrimination against voucher holders, and much more.

Councilors Costa, Hinck and Thibodeau attended the meeting, along with Mayor Strimling, who arrived late after a Finance Committee meeting.

Councilor Spencer Thibodeau told the room that night, “The Housing Committee is on the case.”

Mayor Ethan Strimling said, “We are here because we care about the problem. And it is going to take some time for us to move in a thoughtful and comprehensive way.”

It is time for true leadership. Any Councilor can grab that list of demands and fight to put it on the agenda. It is time for action.

Meanwhile, the Housing Committee continues to host a series of opportunities to hear from the public and other interested parties.