Spring of 2015 will see a final recommendation for the future design of Franklin Street. The current study process is the second phase of the City’s redesign effort.

Phase 1, which began in 2008, was tasked with developing three design concepts that would accommodate existing and future transportation for motorized vehicular traffic, bikes, transit, and pedestrians. 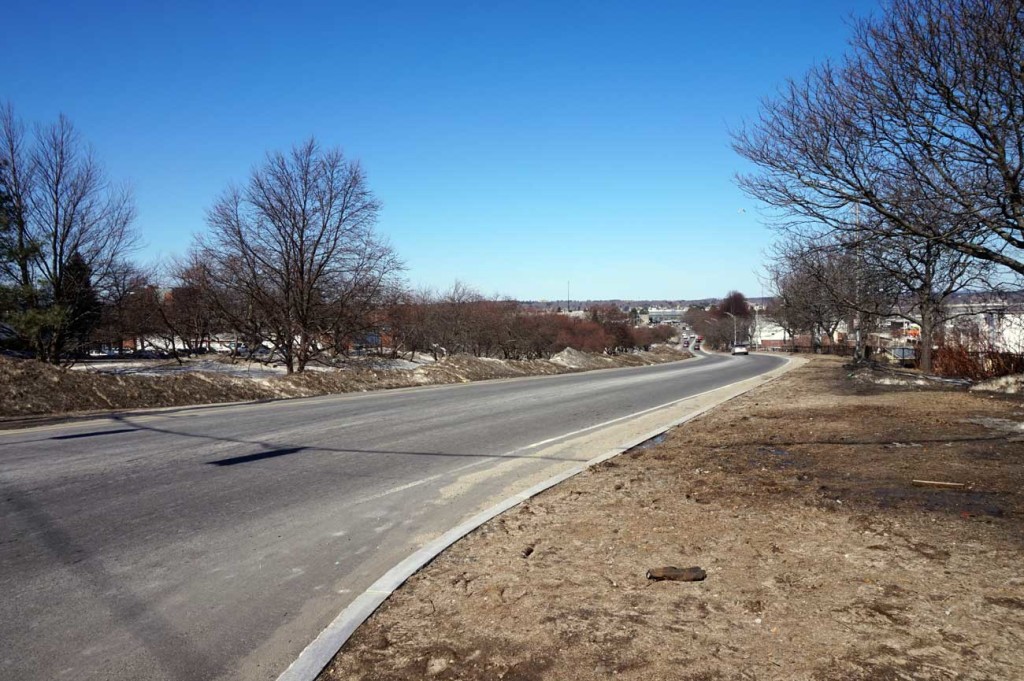 In phase two of the study, the study team, made up of the City of Portland, MaineDOT, and the Portland Area Comprehensive Transportation System (PACTS), along with a public advisory committee of diverse local and regional stakeholders, evaluated the feasibility of the three design concepts from Phase 1, and seeks to arrive at a final design for this important roadway.

The City and MaineDOT have had a long-standing interest in improving the street, with a particular focus on the Marginal Way intersection and the functioning of the I-295 off ramps at Exit 7. A 2006 study, which narrowly focused on automobiles, called for a future widening of Franklin Street, without addressing needs for any other modes. At that time there weren’t even sidewalks along Franklin north of Middle Street.

In early 2007 members of the Bayside Neighborhood Association and the Munjoy Hill Neighborhood Organization, with the support of Portland Trails and Greater Portland Landmarks, held a public workshop to get community input into an alternative vision for Franklin Street. Participants identified several opportunities overlooked by the 2006 study, including bike and pedestrian accommodations, reconnecting historic neighborhoods, restoring land to Lincoln Park, as well as creating accessible open space and development opportunities- in essence, sticking back together the tear in the urban fabric cause by the auto-centric design of the early 70’s.

The members of the two neighborhood organizations formed “The Franklin Reclamation Authority” to advance this community vision, meeting with a range of civic groups and City Hall staff. As President of the MHNO at the time, I played a key role in this effort.

This advocacy effort resulted in then City Manager Joe Gray allocating funds for the Phase 1 Study in order to develop some viable design concepts that spoke to the wider urban context of Franklin Street. Phase 1 and Phase 2 of the study have been based on a robust public engagement process, including numerous public outreach meetings, a design charrette in 2008, a public input forum to kick-off the phase 2 study, and public feedback workshops in the later stages of both phases of the study, in addition to nearly 30 committee meetings open to the public. 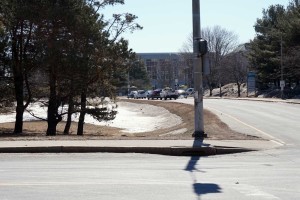 While the over-arching goal of realizing a Franklin Street that works better for all users and reintegrates the corridor into the fabric of the Portland peninsula has not changed, the mission of each phase has evolved as public input is received, data is collected, and the the circle of stakeholders is widened. Our target goal has been to have a future Franklin St. that reflects the values of the community at-large.

The final study recommendations will provide the framework for future transportation improvements and land-use opportunities. Future discussions will pick-up issues related to use of newly accessible land. A big question is how this land could best benefit Portland for generations to come: sold to the highest bidder to increase tax revenue, set aside for open space, such as enlarging the Boyd Street community gardens, or placed in a land trust that might provide the basis for mid-market housing for the artists, carpenters, cooks, teachers, and public servants that help make Portland vibrant. A mix of these are possible.

The Franklin Redesign process has been a long-term community based-planning process, utilizing best practices and local and national expertise. Future decisions regarding the opportunities presented by this work will be able to build upon and deepen this shared vision.

Developed through an inclusive, consensus-seeking process, we have strived to find a design that speaks to our collective hopes for our City. The final design may not be the ‘perfect’ design for any one interest group; there are healthy debates about many design features, but taken as a whole, it moves this important road away from outdated models and closer to the shared vision of our diverse city.

I hope that residents, commuters, and the business community can come together to support this step forward for Portland.

To learn more about the Franklin Study visit: http://www.ci.portland.me.us/660/Franklin-Street-Committee-Phase-2