Food Initiative at a Crossroads: Will New Mayor Support the Group Started by Brennan?

*UPDATE: The scheduled meeting of the Shaping Portland’s Food System steering committee will be on Friday, January 22nd, at 10 a.m. in Room 24 of City Hall. The Mayor will not be attending.

After a too-long-beginning-to-winter, it seems the cold has finally set in. With Christmas and New Year’s gone by, it’s time to start thinking about what you are going to plant in 2016.

I’m Jeremy Bloom, co-chairman of the Urban Agriculture Subcommittee. In the April 2015 issue of the West End News I introduced the Mayor’s Initiative for Healthy Sustainable Food Systems. It was started by now-former-mayor Michael Brennan.

This group worked for the past 4 years as a roundtable and work group on food insecurity, or food sovereignty — encompassing issues of economic hardship, health, food accessibility, and food stamps. The group discussed school food, business & economic development, urban agriculture and food policy.

Before going further, I want to thank the former Mayor. He put my trust in local government, and helped me to see that the solution to food insecurity will be found working together.

Our work as a group is not over (more on that in a minute), but I am thankful to Michael Brennan for helping to move things along and show me that grassroots work can fit with city/local government.

Now we have a new Mayor, and the group is in the midst of a transition. The new Mayor does not seem to want to lead us as Brennan did.

The group and the new Mayor have no past relationship, so we start from scratch. As of our last meeting with Mayor Strimling, he wants to know what we want from him. He is listening… 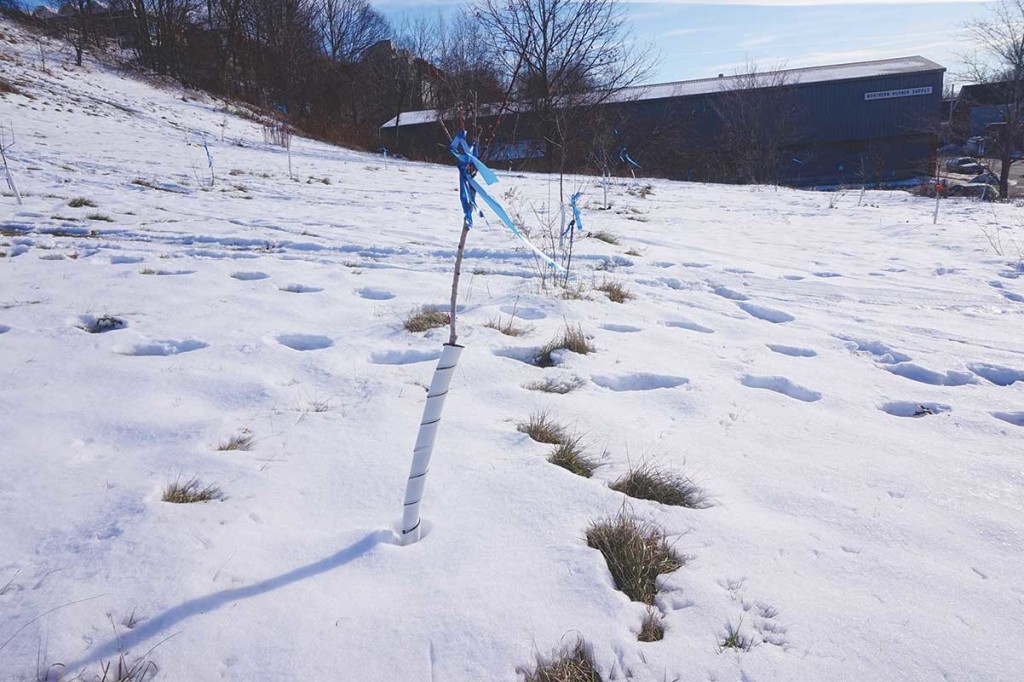 Fruit trees planted earlier this year on Munjoy Hill off of Washington Avenue.

As an initiative we accomplished many things with Mayor Brennan: better understanding between food business owners and City staff, an increase in local foods in the public school system, and the planting of well over 100 fruit trees in the city.

We also held three community forums, sent letters of support for state policy on GMOs (genetically modified organisms), and sent letters against Gov. LePage’s changes to food stamp policy. We even pored through the City’s food and livestock codes looking for potential changes.

(Keep in mind, while there are a couple of City staff on the committee, this was mostly volunteer work.)

We will seek to be more broadly focused and open to work of different kinds. Ideally, there will always be a Mayor’s initiative doing the public work, and we will work alongside them doing our community-oriented work. How this pans out… only time will tell.

This is where we come to you, as individual residents, to discuss the food on your plate. This has been a long discussion. We hope it will continue until our food system provides a healthy lifestyle for all.

If there was a time to get involved in our work, now is the time, and all people of Portland are invited to come and join the discussion.

How can you do that? 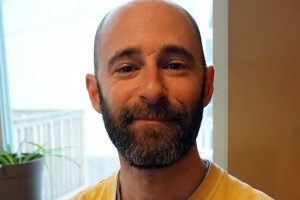 Jeremy Bloom has been the co-chairman of the Urban Ag Subcommittee of the Mayor’s Initiative for the last 4 years and is an active participant in creating the next chapter of this group.

First, on Friday, January 22nd, 10 a.m., Room 24 at City Hall the Shaping Portland’s Food System steering committee will meet to discuss ideas on connecting the group to the City. Mayor Strimling is not planning to attend.

Nonetheless, your presence shows support for this initiative to the new Mayor (very important), and listening gets you ready for adding your thoughts to our work down the line.

Over the next 4 – 6 months we will be reshaping ourselves, and hopefully choosing if we will focus on policy-making, or if we’ll have broader approach to our city, county and state food system.

We hold a monthly meeting, so we invite all residents to these meetings in show of support, and to provide your opinions about how to shape our food system.