The Folly of Lesser Evilism: The Socialist Case for Jill Stein 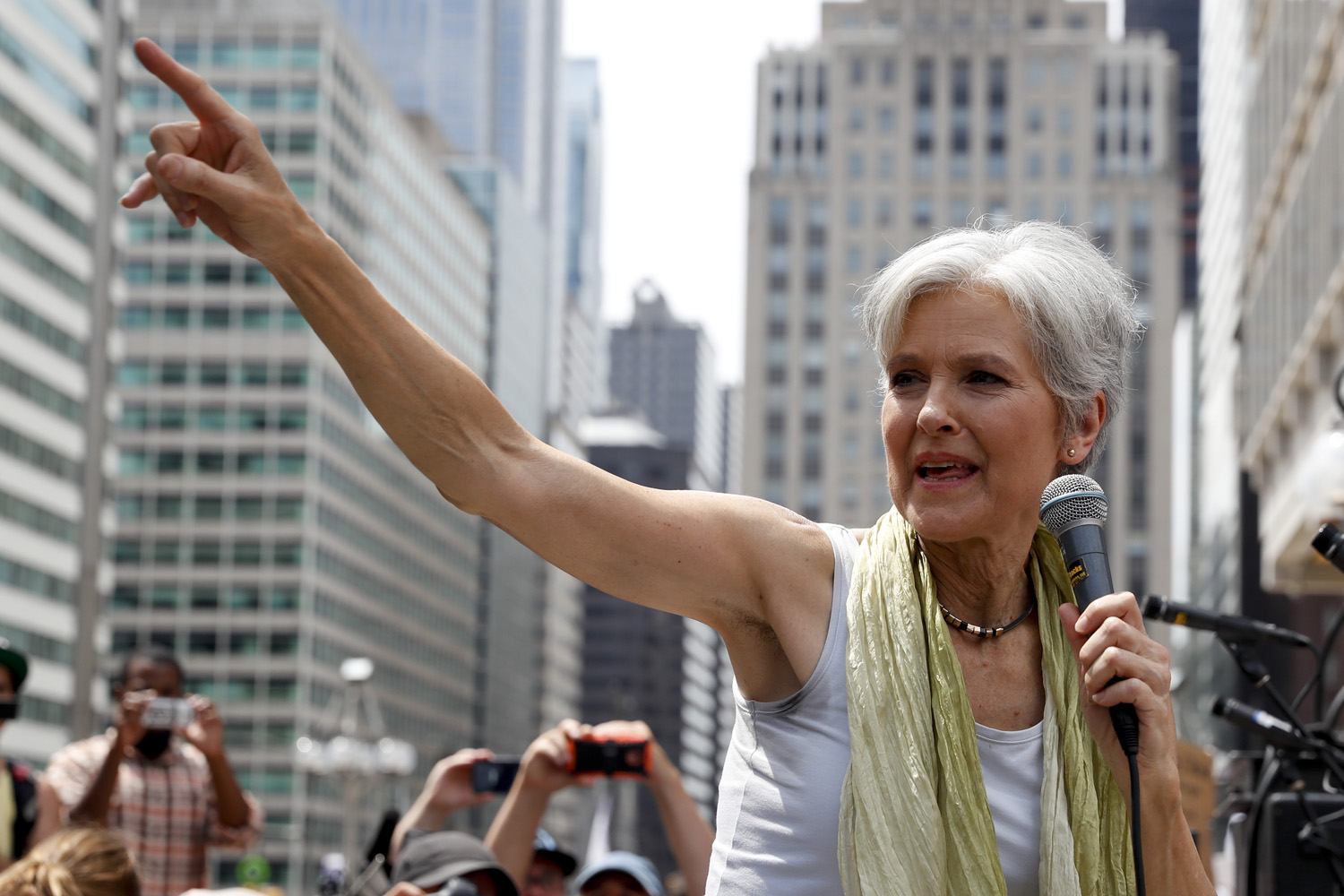 The electoral strategy of “lesser evilism,” which fellow West End News columnist, Wells Lyons argues in favor of in a recent op-ed, has been the left’s default strategy for the last 30 years. And it has proved an abysmal failure every time.

Every four years, the left collectively throws its weight behind the supposed “lesser evil” candidate (i.e. the Democrat), arguing that conditions would be “so much worse!” under the “greater evil” Republican.

But this simplistic distinction of “lesser” vs. “greater” forms of evil is rather misleading. It is, perhaps, more instructive to view the Republican and Democratic parties—both, at heart, capitalist parties—as two different kinds of evil.

Sure, the Republicans are more up-front in their absolute disregard for women, African Americans, immigrants, and the working class. Indeed, the modern incarnation of the GOP has long been quite unapologetic in its subservient role to big business and corporations.

The Democrats, on the other hand, at least offer the pretense of being on the side of working Americans (or, more precisely, on the side of some nebulous group they refer to as the “middle-class”). Since the years of FDR and LBJ, the Dems have positioned themselves as the natural ally of minorities, labor, and oppressed groups.

But, once in office, the Democrats inevitably pursue the very same corporatist, neoliberal policies as the Republicans, albeit with a more professional demeanor.

In fact, as Thomas Frank argues in his latest book, Listen, Liberal, Democratic presidents like Bill Clinton and Barack Obama have proven more adept at corralling bipartisan support for egregious corporatist bills like Wall Street deregulation, welfare eradication, the passage of “free-trade” deals like NAFTA, and the codification of drone strikes, targeted assassinations, and endless war which their Republican counterparts could only dream of enacting. These programs have utterly decimated the working class.

No wonder so many white working class voters (some of them former Democrats) are flocking to self-styled populist champions like Donald Trump.

As such, it is more instructive to view the Democratic Party not as the “lesser evil,” but as Black Agenda Report’s Glen Ford puts it, the “more effective evil.”

“When they tell us … to get out of the way because we are standing in the way of the ‘lesser evil,’” said Dr. Jill Stein, upon accepting the Green Party’s presidential nomination on August 6 in Houston, “… the answer to that is that the politics of fear, which we have been told to bow down to, has only delivered everything we were afraid of.”

I will be voting for Stein on November 8, partly as a “protest vote,”—a “None-of-the-above” option, if you will. But primarily because Stein’s progressive platform—which includes eradicating student debt, tackling climate change with a robust “Green jobs” program, ending wars for empire, and instituting universal, single-payer health care—comes the closest to my own socialist views.

I am not so naïve as to believe Stein can win the election. That said, there is a peculiar, self-fulfilling logic to Lyons’ claim that third-party candidates like Stein are destined to “lose badly.” If everyone who routinely tells me they “agree with everything Stein stands for,” was to take that agreement to its next logical step and cast a vote for her, she would not “spoil” the election. She would win it.

Even if Stein receives just five percent of the vote, the Green Party will be eligible for millions of dollars in federal funding. This would go a long way toward building the Greens into a formidable working class party that poses a serious challenge to the two Wall Street parties.

Regardless, we cannot hope to build a viable left-wing movement to challenge the racist, misogynist right by tying ourselves to the capitalist Democratic Party every four years. For evidence of how flawed a strategy this is, we need only reflect on how disappointing the last eight years under Obama have been.

While it is easy to see why Hillary Clinton looks like the sane, rational, “lesser evil” choice compared to the absurdly inept, sickeningly vile Trump, we have just as much to fear—indeed, perhaps even more—from a Clinton presidency.

Clinton—who is no friend of working class Americans—is the epitome of the Establishment, “Billionaire Class” Bernie Sanders railed against in his insurgent campaign. The list of Clinton’s “flaws” as Lyons dismissively calls them is exhaustive.

There is, of course, her vote for the 2003 invasion of Iraq (which, contrary to popular belief, Al Gore also supported).

As Secretary of State, Clinton oversaw the 2009 coup in Honduras which deposed democratically-elected President Manuel Zelaya, as well as the violent overthrow of Libya’s Muammar Gaddafi in 2011. (Clinton later boasted of Gaddafi’s death, “We came. We saw. He died.”) Additionally, she played a key role in the destabilization of Syria and Yemen and is perhaps a greater Zionist ally of Israel than Obama.

Clinton’s hawkish foreign policy illustrates why it is so crucial the left reconstitute the anemic anti-war movement, which has all but folded under President Obama. It did the same thing back in 2004 when the left abandoned Ralph Nader’s independent campaign for the bellicose, John “Reporting for Duty” Kerry.

Things do not look much better on the domestic front, either.

Clinton’s alleged shift in position on the Trans Pacific Partnership (TPP), which Stein has characterized as “NAFTA on steroids,” should be taken with a grain of salt. For Clinton’s true intentions regarding TPP, one need look no further than her selection of Tim Kaine as her running mate, whose political career is largely characterized by staunch opposition to unions, labor, and workers’ rights.

Yet, despite Clinton’s unyielding track record of imperialist, neoliberal policies, Lyons insists she would not represent an “existential threat” to the nation. Even assuming this claim to be true, it overlooks the fact that a Clinton presidency would almost certainly represent an “existential threat” to other nations—most assuredly in the Middle East. But it is those of us supporting the only genuine anti-war candidate in the race who are reprimanded for allegedly casting votes based on self-centered “privilege.”

None of this is to diminish the very real danger Trump presents to the country and the world. I absolutely share Lyons’ concerns about this petulant, ego-maniacal man-child who is not fit to be elected to the position of municipal dog-catcher, let alone the Commander in Chief of the United States.

But, as of this writing, the Trump campaign is in full crisis mode, struggling to recover from the recent disclosure of a video of Trump caught making repugnant, misogynistic comments about women on a “hot-mic.” Polls have favored Clinton from the start of the general election, but now her victory is almost certainly assured.

Given this scenario, voters should be under no pressure to comprise their vote for the “lesser evil.” You may as well vote for a candidate you actually want.

Are there differences between these two highly unpopular candidates? Sure. But as Stein told Democracy Now!’s Amy Goodman and Nermeen Shaikh commenting on the October 9 presidential “debate,” those differences are “not enough to save your life, to save your job, and to save the planet.”

As my comrade, Todd Chretien, writes in the latest issue of Socialist Worker,