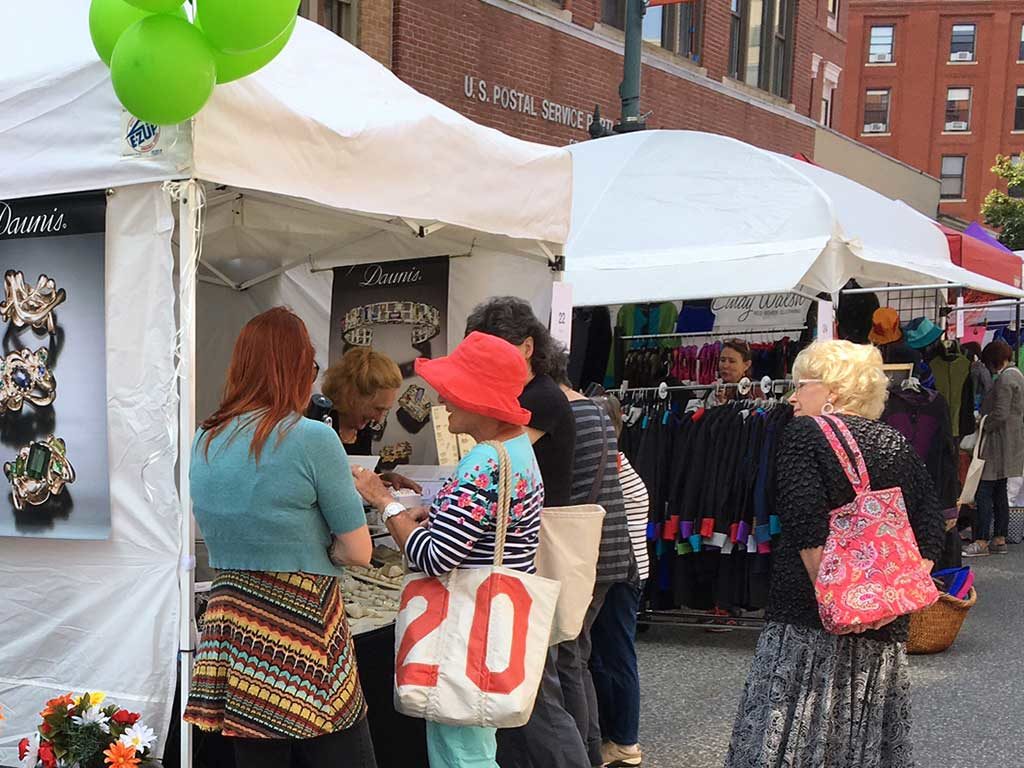 “The third year of the Portland Fine Craft Show was really a success in terms of artist feedback, awesome volunteers, crowds of happy attendees all day, super helpful police presence and support from City staff,” said organizer Sadie Bliss. “We really feel welcome in the West End and excited for next year!”

Sadie Bliss is Executive Director of the Maine Craft Association. In addition to presenting the Portland Fine Craft Show, they offer a paid craft apprenticeship program and manage the Center for Maine Craft retail store and gallery in West Gardiner.

The day unfolded to beautiful weather, and crowds grew from morning through afternoon. Exhibitors stayed busy, selling crafts and describing their art.

Bill Rudd owns Harvest Gold Gallery in Center Lovell, Maine, with his wife Lynda Rasco-Rudd. They have received local and international honors for their work. But, being tucked away on a lake in central Maine often means that lovers of their jewelry must go out of their way to seek them out.

From his bustling booth, Bill Rudd said that the Fine Craft Show was a good venue to meet new customers and create an interest for their work.

“People see what we have here, and … [the gallery] is only about an hour away, so it’s not too far to drive,” he said. 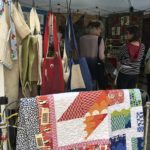 The Portland Fine Craft Show was held on the same day as the former WCSH Sidewalk Art Festival. In previous years, the shows were promoted and managed separately but existed side-by-side and supported each other. This was the first year that the Fine Craft Show ran solo, but exhibitors and visitors lacked no enthusiasm.

Exhibitor Patti Trygg noted that it was a difficult show to get to and set up – parking and traffic being tough in downtown Portland. But the show was worth it. Early in the day, she was hopeful to meet plenty of new customers for her quilt shop on Brighton Avenue. Later, she reported that the day did not disappoint.

Tony Zeli is editor and publisher of the West End News.