PelotonPosts is a monthly interview with a member of PelotonLabs, a co-working community in Portland’s West End. This month, Peloton’s founder Liz Trice caught up with Scott Taylor, a filmmaker living in Maine. 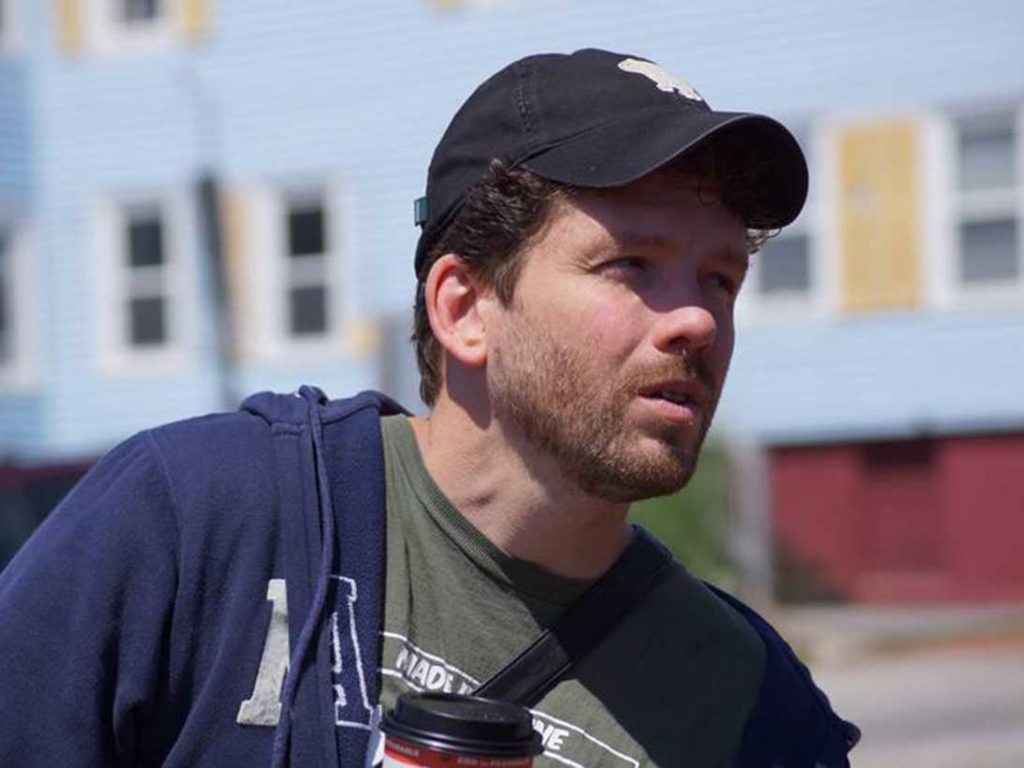 Scott Taylor on the set of “Night of the Living Deb,” now available on Netflix.

What did you do before making your own films?

I spent 15 years in Hollywood in a number of roles, including a writer’s assistant on “Mr. & Mrs. Smith,” a producer on “Big Brother,” and I wrote a sitcom with Victoria Jackson (“Saturday Night Live”).  I’ve produced two feature length films in Maine with my company Monopol Films, both in partnership with Maine-native Kyle Rankin (“Night of the Living Deb” which is now on Netflix and “The Witch Files”).

Why did you decide to locate in Maine?

I went to Hollywood right out of school, and after 15 years we were looking for a change to raise our 2 young boys. I went to school at Gordon College on Boston’s North Shore, and my wife was born in Brunswick, so it made sense for us. It was like coming home. One of the things I love about making films in Maine is all the untapped creative potential. There’s a lot of local talent and a growing community of Hollywood ex-pats, and I’m trying to build a sustainable film economy in Portland.

How are you contributing to the film community?

One of my long-term goals is to help bring together local theatre, arts, dance, musicians and other performing artists. In my next film, we’ll be hiring dozens of local actors, crew people and even puppet artists. We are also training young creatives to develop skills to work on professional film projects both through our feature films and when helping businesses tell their story – you might have seen the recent ads we’ve created for the Westin and the Holiday Inn through our company Old Port Media.

Your film “The Witch Files” is a teen horror comedy, right? When will it be released?

Right! It’s kind of like the Breakfast Club with magic. It was 100% locally financed and stars Holly Taylor from “The Americans”, and Paget Brewster from “Criminal Minds.” We are finishing the special effects now, and we’ll take it on the festival circuit. The goal is to get it in front of audiences, and sell it to a distributor. We feel confident that it will be released later in 2017.

You’re the “Filmmaker in Residence” at PelotonLabs. How has that been?

I consider myself a filmmaker-entrepreneur. I have to create all my own opportunities, and I enjoy being among like-minded dreamers and people who are also trying to build something new in Portland.

What do you see for the future?