Five Enhanced TSBs Pop Up Around the City

The City of Portland Police Department and the Portland Public Art Committee announced an open call for artists back in June to submit their proposed designs for artistically enhanced traffic signal utility boxes (TSBs). Painting these boxes around town was made possible in part by generous donations from NBT Bank and Port Property Management. 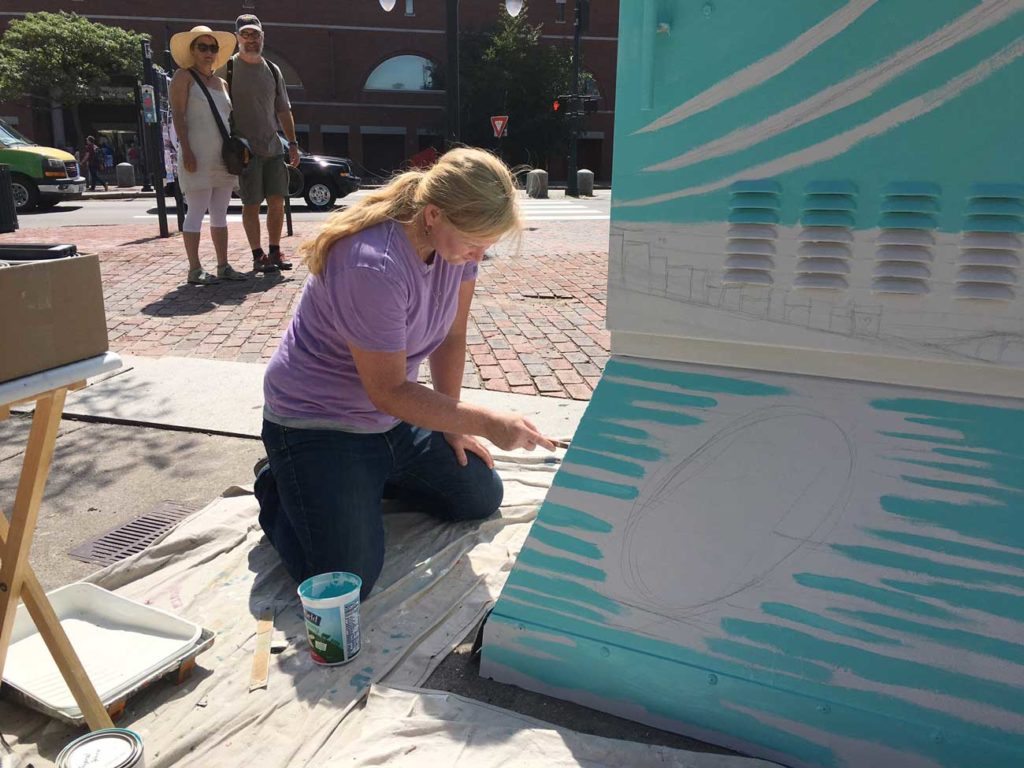 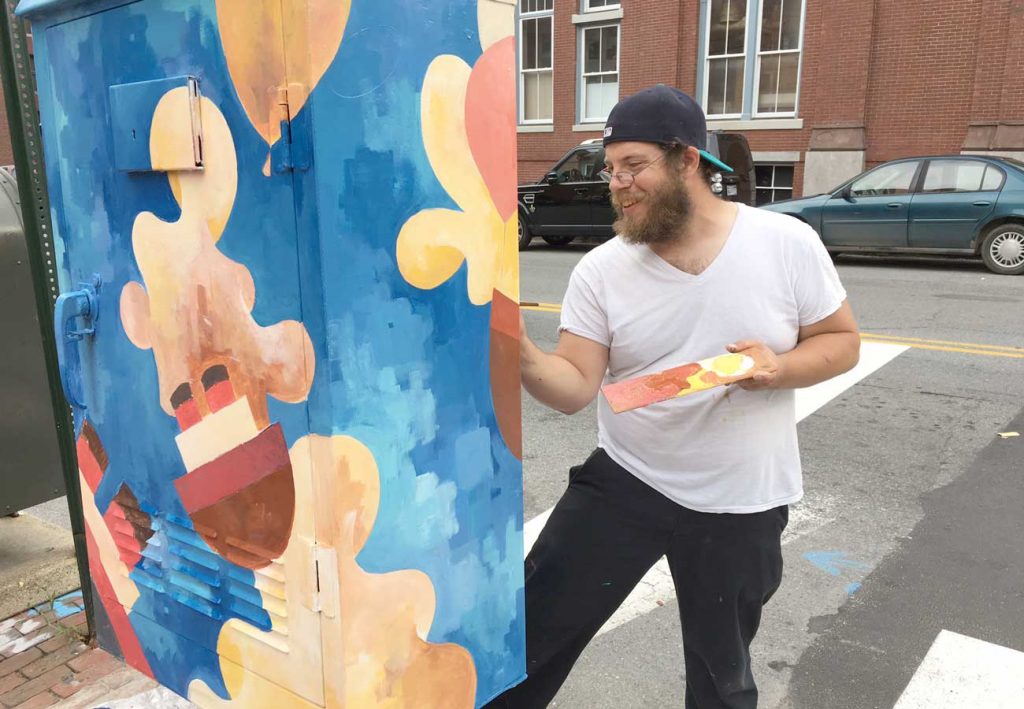 In a June interview District 2 Councilor Spencer Thibodeau said he was excited that the program will “add a cool bit of culture to the City and deter graffiti.”

Spencer had hoped that Bramhall Square may be a good location for an enhanced TSB. Ultimately, the only TSB chosen on the west side of the peninsula was in Congress Square. 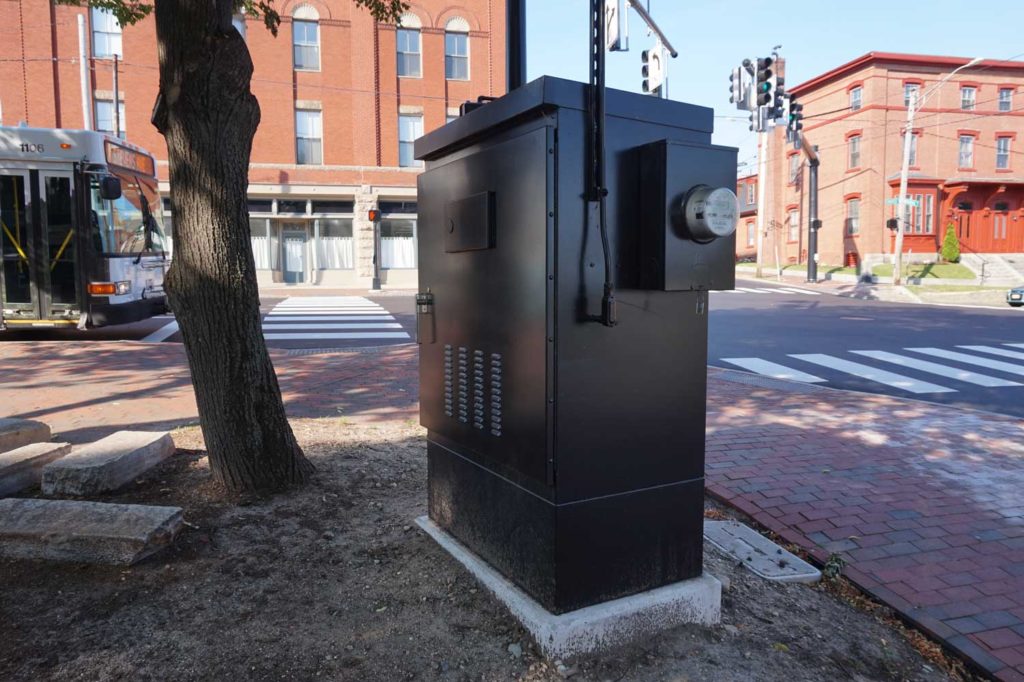 This TSB at Bramhall Square didn’t make the cut.

In fact, the project mirrors similar efforts in cities around the country from Burbank to Boston. These projects have been shown to reduce litter, deter graffiti and increase interest in the area of the TSB locations.

The selected artists received a $300 stipend from funds donated to the Portland Public Art Committee. In addition, artists are responsible for the cost of all materials required to complete their artwork and seal it with a clear and washable sealant.