Letters to the Editor

Diane Russell wrote these words in 2012, “Do we believe that individuals should pull the ladder up from behind them, or do we believe we’re all in this together?” 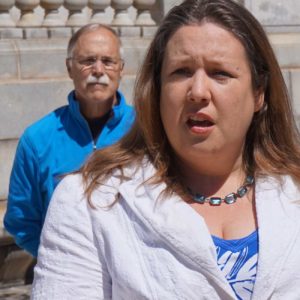 Diane Russell speaks to save India Street public health clinic in May 2016.

In the four years since, she has proven herself to be one of the most progressive, most effective lawmakers in Maine.  Diane is a true public servant; one of those rare politicians who really believes that We the People are our state’s greatest asset, and one who works tirelessly to represent all Mainers, not just her own constituents.

Through her work in the legislature, and in communities across this great state, Diane has been a strong voice for so many of those people who feel that their struggles have been ignored and their strengths squandered.

Named most valuable state representative in the country by The Nation magazine, and praised for her recent efforts to reform the undemocratic “super-delegate” system, Diane has consistently demonstrated the kind of leadership that is sorely needed in a divided government that has all too often favored the interests of the wealthiest Mainers at the expense of the most vulnerable.

Diane Russell is a fighter and I, for one, want her in my corner. Diane’s unwavering dedication to building and sustaining an economy that works for all Mainers, and her commitment to stand for what is right in the face of staunch opposition, make her a formidable candidate for State Senate and one whom I trust and admire.