Compost Wars: The Race to Compost Your Food Scraps

The big Thanksgiving meal is done. The leftovers have moved their way to the back of your fridge. Stuff yourself as much as you like, but some of those leftovers have already gone bad. More trash for the purple bags.

Stop! Don’t throw out that food. Compost it.

Portlanders have more than one option for composting — including two competing private companies that will take your compost right from the curb on trash day. 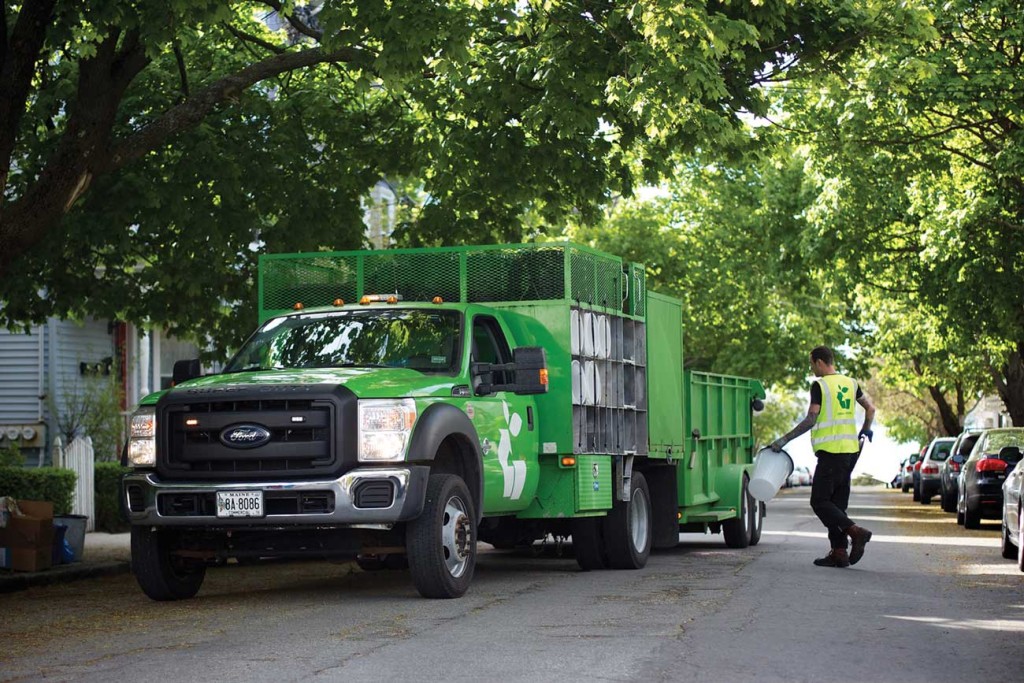 If you can’t eat it all, or give it away, then at least you can keep it out of the waste stream.

As Frank Tyler of curbside composter Garbage to Garden puts it, “I think this is a way that we can take half the food waste from going into the landfill.”

“The number two contributor to greenhouse gas admissions, behind engines, is food waste breaking down in landfills, and it is over forty percent of what we throw away,” Tyler continues.

In Maine, there are already competing composting businesses up and running. The big new kid on the block is We Compost It. CPRC Group, a commercial recycler that specializes in turning waste into road building materials, partnered with commercial composter Resurgam Zero Food Waste to create We Compost It.  Their giant iconic orange composting truck has been picking up compost since 2014.

The competition is Garbage to Garden, begun in the Spring of 2012 by a few young roommates living on Vesper Street. Tired of their soul-sucking jobs and “suffering with no way to compost” at their tiny Munjoy Hill multi-unit property, Tyler Frank and his roommates started their own composting business.

“I had my old Toyota Tacoma with 200,000 miles on it, and $300 to my name, literally. So I found a bucket that I thought would work [the same bucket they use today]… and I set up a table at the First Friday Art Walk,” says Tyler.

“I explained, ’This is how it works, curbside composting, it’s a brand new thing.’ And I ran out of buckets. I started with 12 buckets and 17 people signed up in a couple hours… I was out delivering buckets the next day.”

“Portland Maine might be one of the only cities on the East Coast where composting has gotten to be competitive,” says Tyler.  Most cities don’t have any options. You’re lucky if you have one. It’s pretty neat it’s gotten that far.”

The growth in consumer awareness and demand for composting is not slowing, leading Tyler to remark, “Ten years from now a majority of people will see composting as an everyday thing.”

And that is why governments are starting to take notice. Towns are exploring ways to help residents compost. A few already have some form of municipal composting of food scraps, usually in the form of a drop off at the recycling center.

Portland, Brunswick, Cape Elizabeth, Freeport, Gorham, South Portland, Kennebunk… lucrative municipal composting contracts may be up for grabs in the next few years.

These towns and private companies recognize that compost isn’t just dirt. It is the black gold of the future. Okay, maybe it isn’t quite that lucrative, but it is a valuable commodity sold per cubic square yard or by the ton. Compost has the potential to be really big business.

Will town services manage the future municipal composting programs? Will private companies run the show? If so, will companies compete for exclusive contracts or will they be allowed to continue competing directly for consumers? 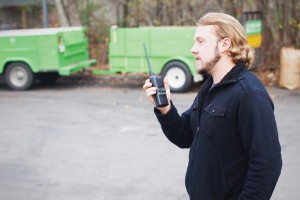 The composting world is about to heat up and the pressure is on the small start-up Garbage to Garden. Will they be driven out of the market by politics and competition?

“I don’t think its about playing politics to make it so the City of Portland says that there can only be one official program.” says Tyler, who worries about the competitions deep pockets and political connections.

Garbage to Garden might not have any strings to pull or even a desire to play backroom politics. Tyler Frank doesn’t think they need to.

“We’re not going to be endangered by [competition]. If there is more awareness of composting, and more stuff getting recycled, than that is better. We’re all good.”

You can find out more about We Compost It and Garbage to Garden through their websites.