Something special took place in Congress Square Park on September 10th. Friends of the park sponsored Try Your Hand. The event focused on learning calligraphy from many parts of the world, but it was much more than that.

Participant Aqeel Mohialdeen said, “It wasn’t just a chance to try writing in another language, it was the real meaning of the beauty and colorful mosaic of the Americans’ society.” 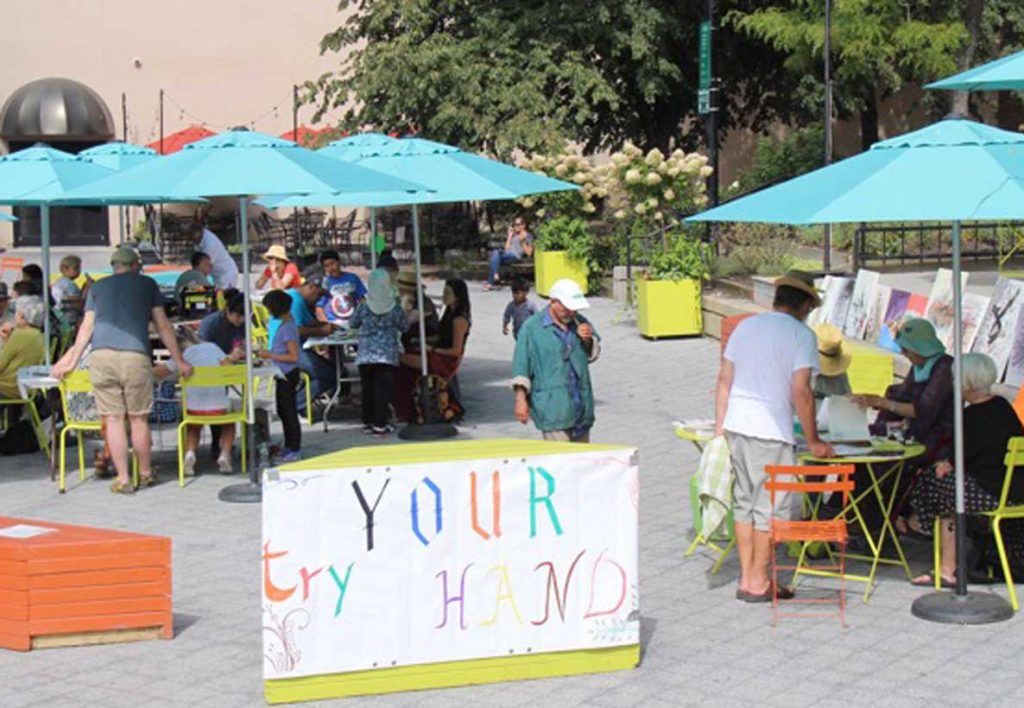 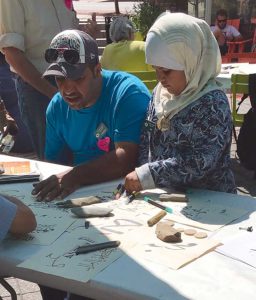 Many adults who came were curious about languages they had never had an opportunity to explore and talked in depth with the instructors. While writing, the calligraphers were equally eager to chat about their countries of origin and what their lives are like in Maine. Whatever topic came up. It was a casual and comfortable atmosphere.

Children had fun making things and trying every language, and some children were proud to translate words from their language for English speakers.

To the Top of the East

When the event ended, learners left with pendants and bookmarks they made with messages such as “peace” or “love” in various script. Then volunteers, participants and children cleaned up the debris and rearranged the furniture before heading to a thank you reception at Top of the East. The restaurant on top of the hotel overlooking Congress Square was a place many had never been to before.

As they left the reception volunteers were talking about what they’d do next year.

Yaeko Collier expressed the feelings of many with, “Thank you Rosanne (Graef) and Friends of Congress Square Park who organized the lovely event. It was a wonderful opportunity to meet wonderful, diverse members of this great community!” 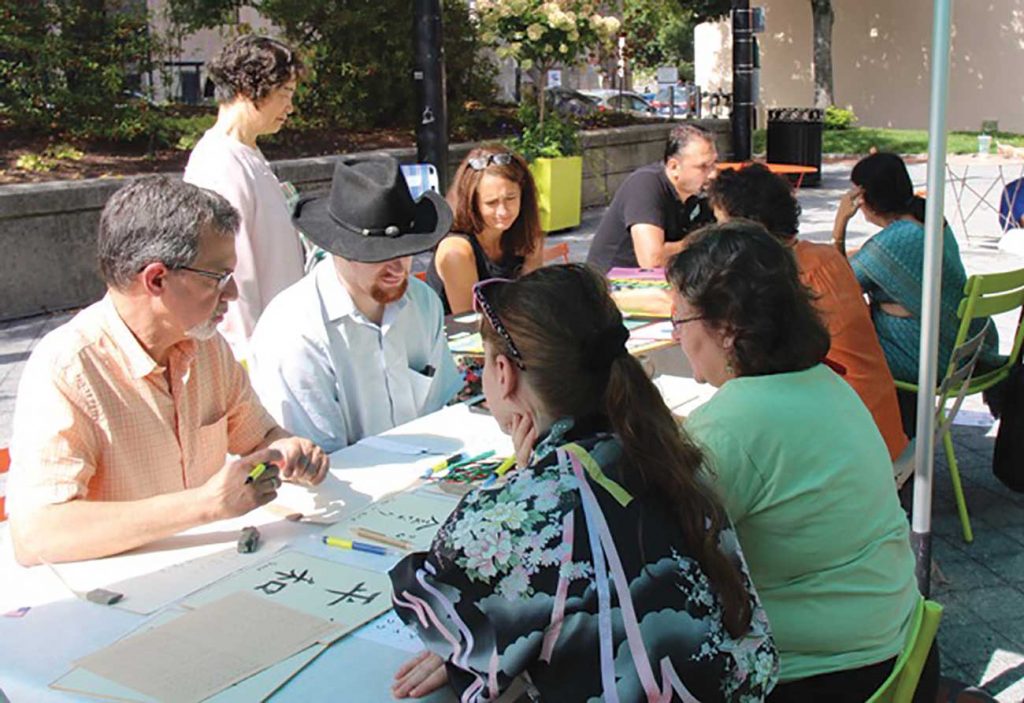 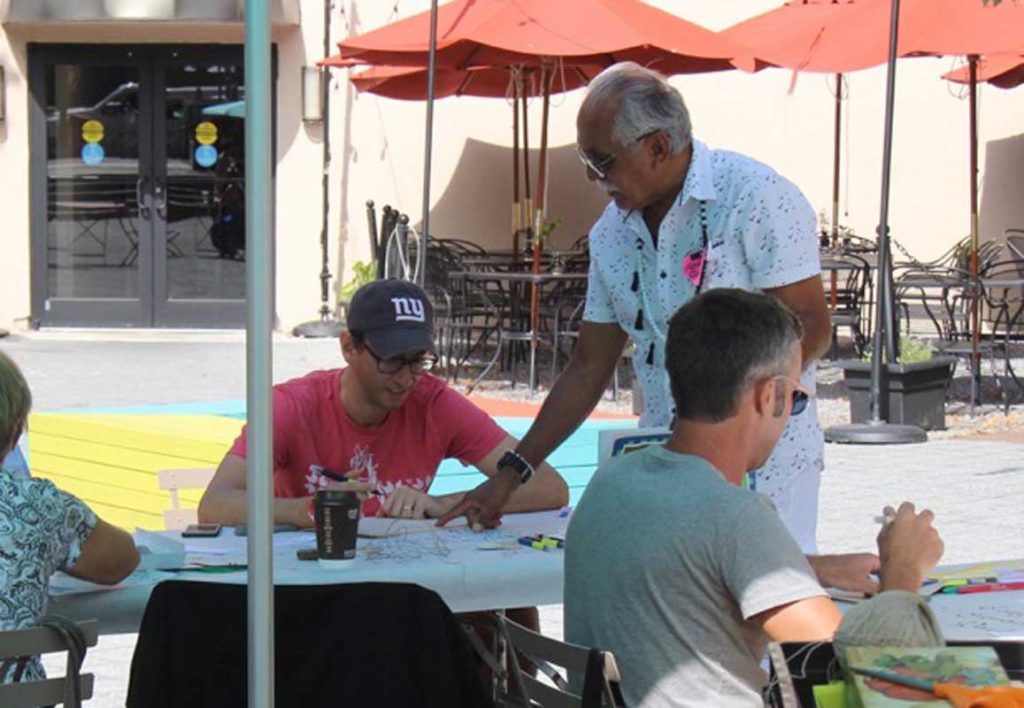 Leif Erikson Day, Sunday Oct. 9, from 10-4. The Maine Nordmenn Lodge of the Sons of Norway will have their recently renovated 19’ Viking Ship on display, plus info about Erikson, the Vikings and more… Photographer Justin Levesque will have a photo exhibit of his trip to Iceland on an Eimskip container ship.

Classes move to Reiche Community Room for the winter starting the week of October 10th. Enter via the outdoor ramp on the Brackett Street side of Reiche, 156 Brackett Street.