Bike Thefts Up, Advice for Securing Your Wheels 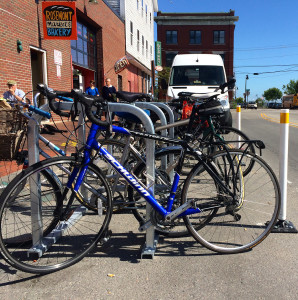 Brian Allenby, Communications Director for the Bike Coalition of Maine concurred stating: “There is always an uptick [in bike thefts] this time of year, it is summer time and there are more bikes out.”

“You’d be surprised how many bikes are stolen that we hear about that were unattended and unlocked.”

According to Brian, the best deterrent for preventing bike theft is to purchase a heavy U-lock to secure the frame to the post or a bike rack.

Additionally, he explained measures to safeguard bicycles. “Make sure you have your bike’s serial number and make and model.” The serial number can be located on the frame of the bike.

“Folks are definitely getting more advanced with bike security,” said Brian. An example of this new technology is a company called SpyBike, which has the ability to track the movements of a stolen bike by GPS.

The Portland Maine Police Department also maintains a website dedicated to bicycle registration, it can be accessed at the following address online. You can access it using this tinyurl created by the West End News: tinyurl.com/portlandbikeregistry