A bill that has come to be known as the DARK (“Denying Americans the Right-to-Know”) Act has passed the US House and is moving to the Senate. This bill would prevent states, including Maine, from adopting legislation to require labeling of genetically engineered foods, or foods that contain genetically modified organisms, GMOs. 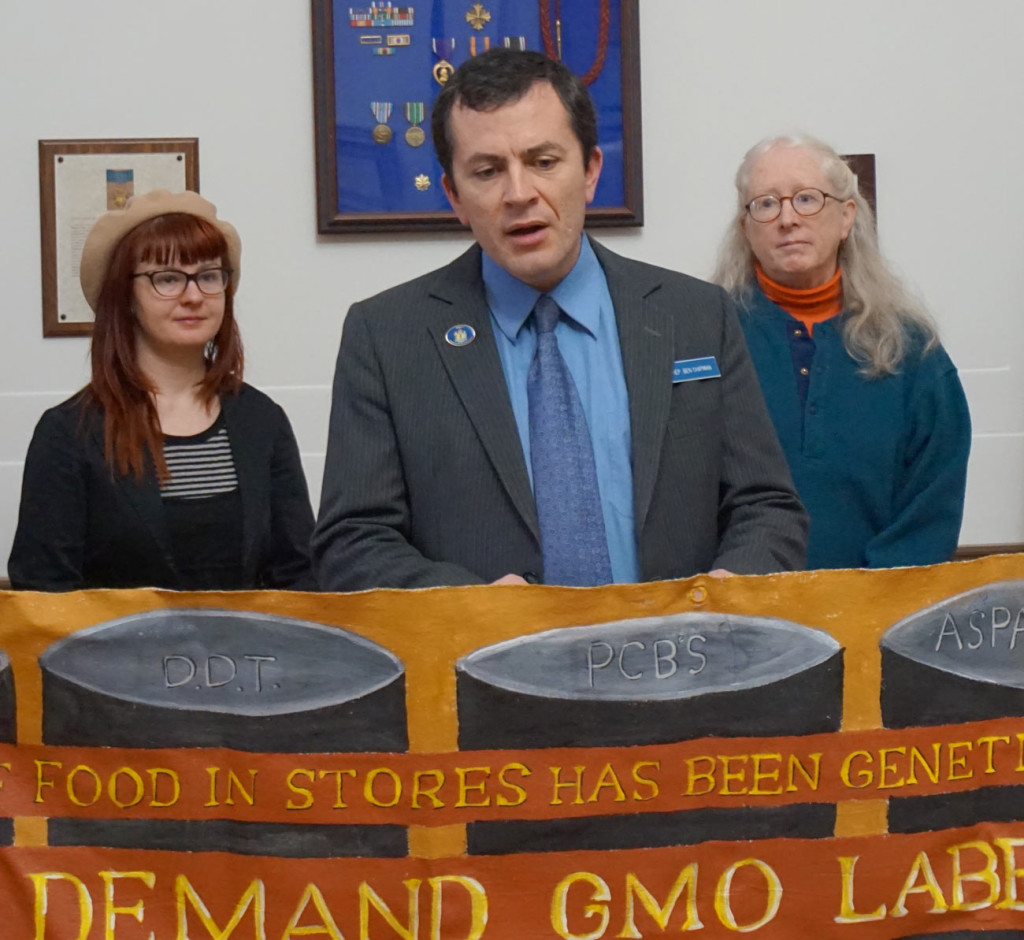 Rep. Ben Chipman (Parkside/Bayside) spoke against the DARK Act at a press conference in Portland in December 2014. Also in picture, School Board Member Holly Seeliger and Populist Farmer Betsy Garrold.

Maine passed a labeling law that would be implemented after five adjacent New England states adopted similar legislation. Laws have been passed not only here in Maine, but also in Connecticut, and Vermont. If Massachusetts and New Hampshire adopted GMO labeling laws, then Maine’s law would take effect.

Should the DARK Act pass the Senate and be signed by the President, it would effectively shut down these efforts, in favor of a voluntary labeling policy, in which corporations can voluntarily choose to label GMO foods. To date no corporation has voluntarily labeled their GMO containing products.

The bill, H.R. 1599, would make it illegal for states to pass laws requiring GMO labeling and would block laws that have already been passed from being enforced. Supporters of the act say that it will eliminate the confusion of complying with different laws in different states.

Congresswoman Chellie Pingree opposed the bill, siting that nearly 90% of Americans say they support such labels and that labeling is mandatory in 64 other countries. Watch video of Pingree’s remarks on the House floor here: https://www.youtube.com/watch?v=srIgcwlYIzE.

“I know the opponents of labeling think that consumers might be ‘frightened’ by GMO ingredients,” Pingree said on the House floor. “Do we really think consumers are too dumb to handle this information? Do we really think 90% of Americans are wrong to want GMO products labeled?” 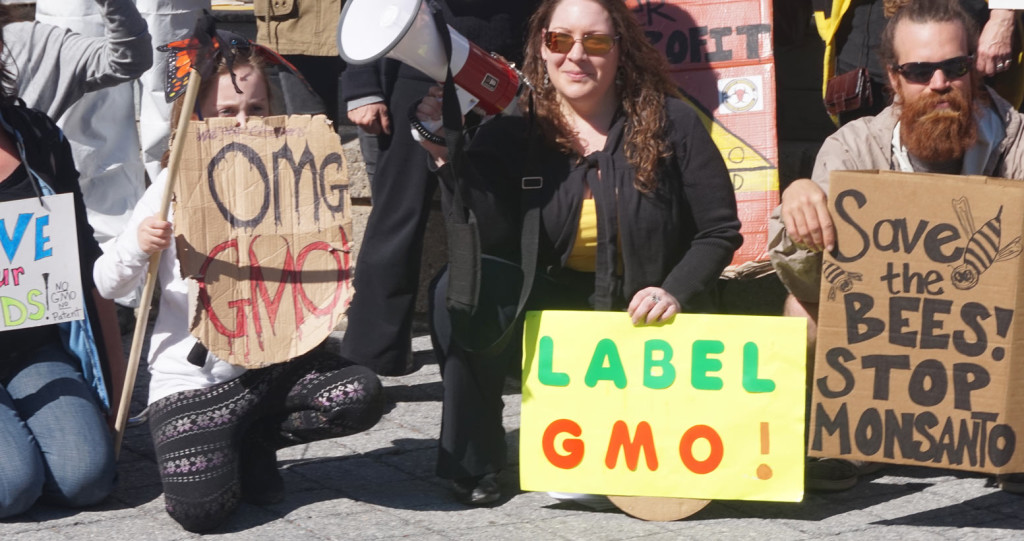 March Against Monsanto (May 2015) demanded in part the labeling of GMO foods. Monsanto is the leading producer of GMO seeds.

Pingree submitted an amendment that would have struck many parts of the bill, while keeping the provision that requires USDA to create a voluntary non-GMO certification program and label. The amendment would have effectively blocked the DARK Act from taking effect.