In an email to supporters, Representative Chellie Pingree is asking her base to oppose the DARK Act, a Republican-led bill in Congress that would block states from mandating the labeling of genetically modified foods. DARK is a progressive label for the bill, “Denying Americans the Right to Know.” 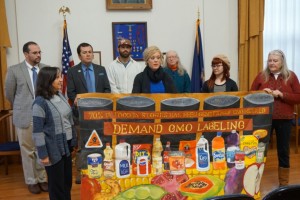 Whitley Marshall of Green Initiatives Education Fund leads a press conference on the DARK Act that featured a staffer from Rep. Pingree’s office.

Representative Pingree’s email states, “As an organic farmer and advocate for better food policies, I strongly believe Americans have a fundamental right to know what they’re eating, including genetically modified foods.”

She is not alone in the sentiment. A recent New York Times poll demonstrates that 93% of Americans believe GMO food should be labeled. Also, 64 countries, including Russia, China, and the EU require that genetically modified foods be labeled.

Locally, a West End based nonprofit, Green Initiatives Education Fund, is hosting the March Against Monsanto on Saturday, May 23rd, beginning 2 p.m. in Congress Square Park. (WEN publisher, Tony Zeli, is a board member of Green Initiatives.)

The march is a part of a global day of action for GMO labeling and against toxic chemicals and herbicides created by Monsanto. The local march is co-sponsored by Food and Water Watch, Food for Maine’s Future, Food Not Bombs, and the Organic Consumers Association. 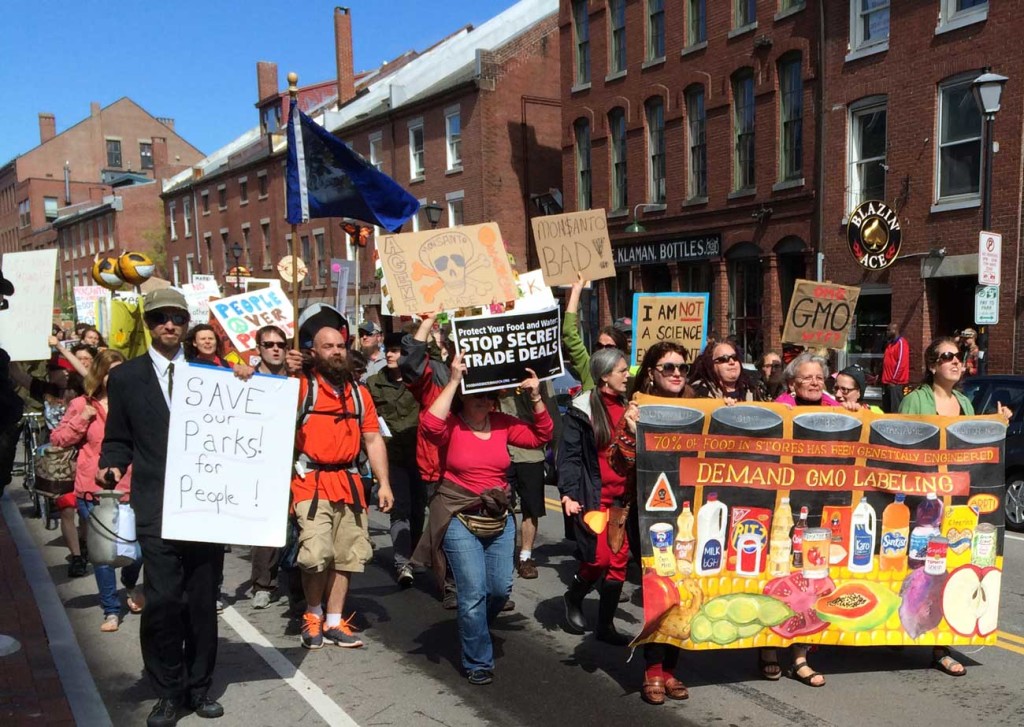 The march will highlight the work of some Maine lawmakers and the Organic Consumers Association, who have introduced a bill, LD 991, requiring immediate GMO labeling in Maine, removing the current trigger clause which requires five consecutive adjacent states to all require GMO labeling prior to the labeling bill going into effect in Maine.

According to Green Initiatives, hundreds of people plan to attend this year’s event.