Where Can I Be of Service: Lessons from Anna Eleanor Roosevelt

Last month I joined the Maine Women’s Network to meet and network with some smart, energetic, wise and hard working women in Portland. Truth be told, it wasn’t the topic of the September luncheon “The Power of Networking,” that drew me in. It was the speaker, Anna Eleanor Roosevelt. Specifically, because she is the granddaughter of Eleanor Roosevelt and FDR. Like many people, I’m drawn to all things Eleanor and FDR. They were true public service champions, and I wanted to learn more about them and hear it directly from their granddaughter. 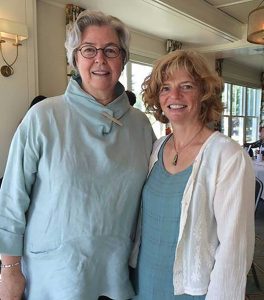 As she favors her grandmother Eleanor, Anna Eleanor Roosevelt channels the values and spirit of both Eleanor and Franklin D. Roosevelt.

She spoke dearly of all her grandparents, but said this of Eleanor, “From my paternal grandmother I learned to ask myself the foundational question for me, ‘Where can I be useful?’ I learned to ask it in the larger sense, not just in the moment, in my school, community, in my state, in my nation, in my world.”

She realized that in order to answer the question she had to define her own values and then refer to them over and over again. When faced with a decision about how to think through something new, Anna Eleanor returns to her values for guidance.

Our values become how we explain ourselves. Her values are solid and have given her the opportunity to serve others throughout her life.

Currently Anna Eleanor Roosevelt is the President and CEO of Goodwill Industries of Northern New England. She feels deeply “[about] respect, about caring for people, about justice, about the dignity of each person no matter what their circumstances, about a commitment to community.” She lives by these values that ground her.

Balance Between Yourself and Others

At the luncheon Anna asked us all to think about our own values and what we want our life to be about. Since then I’ve been thinking about my values and why I’m compelled to do what I do as an independent travel adviser. I ask myself, “How can I balance the work with my life, or is my work my life?”

According to the Haley Rushing of the Purpose Institute, “It’s not about balancing work and life, it’s about balance between yourself and others … taking the time to invest in yourself, to grow, to learn new things, to do whatever it is that brings you to life.

“When you do that, you’re in a much better place to give back and help others; and that’s ultimately what gives life meaning and helps create a sense of significance…. At some point, you’ve got to use your well-honed talents in the service of others if you want to truly feel good about yourself. As Ghandi put it, the best way to find yourself is to lose yourself in the service of others.”

So Anna’s message that day echoed the message of the Purpose Institute. It wasn’t so much about her famous grandparents, as it was about values and how to be of service.

Why Eleanor Wore Those Hats

Anna Eleanor Roosevelt did tell one personal story about her grandmother. Why did she wear so many hats? It wasn’t because she cared about fashion or that she liked how they looked. No, she simply wanted to help out a hat maker who she knew from her neighborhood in New York. 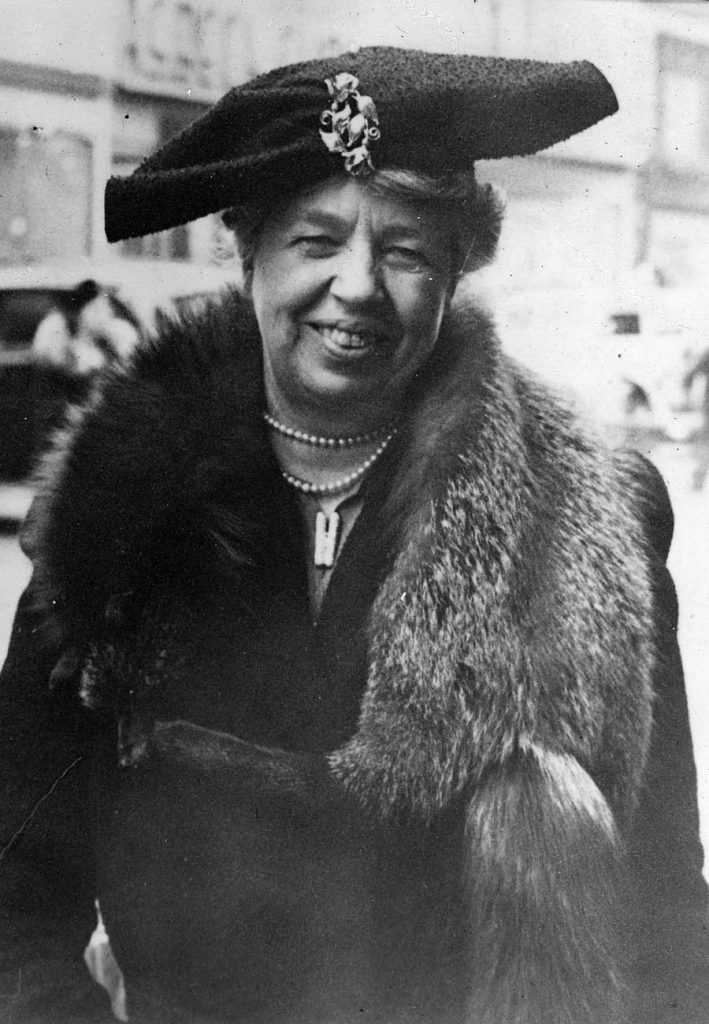 Eleanor may not have been a first lady fashionista, but she was ahead of her time, optimistic and perhaps a bit psychic. On December 16th, 1937, Eleanor Roosevelt appeared on the national program “Let’s Talk It Over” to discuss the growing number of women in public office:

“I don’t think there is anything to be discouraged about. I think women are coming along, slowly perhaps in all the fields of public work, but nevertheless very surely.”

So what are my values? Same as Anna and Eleanor, I seek a healthy balance between self and others, so I can continue to learn, grow and help others find themselves along the way.

It never hurts to ask: What are your values? And where can you be useful?