Americold Not Acting Neighborly – Letter to the Editor

Letter to the Editor 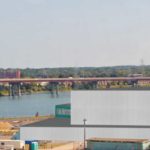 Americold’s request to alter zoning restrictions on the western waterfront should plunge ripples of concern through all Portland property owners.

Property taxpayers rightfully expect established zoning standards to be maintained. If city officials advocate for zoning changes at the whim of every developer or project proposal we cease to have effective zoning. It is a paradigm of corrupt governance.

Suggesting neighbors are “rallying around their scenic view” is an overt attempt to mitigate the real concerns of property taxpayers. Zoning must be applied equally regardless if the investor is a local  private developer or the heavy hand of the Lepage administration backing a corporation out of Atlanta Georgia.

Neighbors to the proposal are not anti-development. On the contrary the neighborhood has long encouraged development of  an area long fallow. Their common perspective and desire, however, is that their neighbors be held to the same standards to which they are held. It is the golden rule of building community.

Americold, by their own admission, found themselves unable to deliver on a contract without changing the zoning parameters. Instead of acknowledging their failure, they are asking neighbors to shoulder the burden. They are asking for the rules not to apply to them. It is difficult to imagine anything less neighborly.