At a ceremony at City Hall on Monday, Dec. 1, the Portland Board of Public Education inaugurated its newest members and then voted unanimously to elect at- large school board member Sarah Thompson, who has been school board chair for the past year, to a second one-year term as chair. 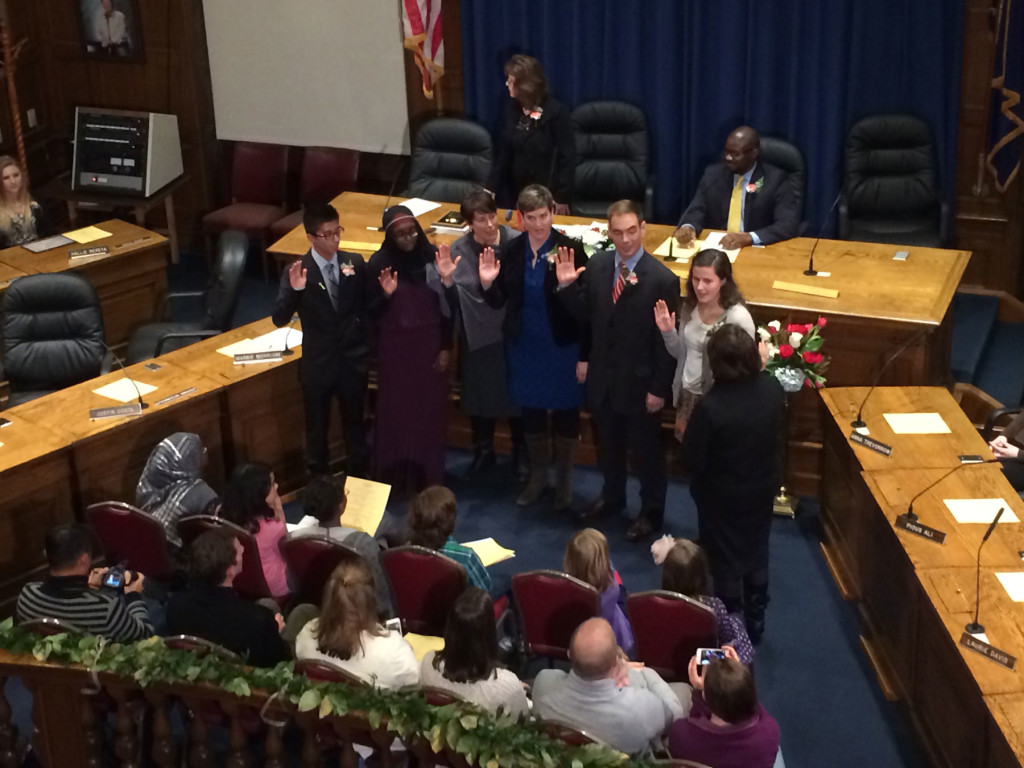 Thompson thanked fellow board members for placing their trust in her leadership ability, and she thanked teachers and other school staff for their work to improve student achievement, which she said is the boards priority.

Taking the oath of office at the ceremony were two new members who won seats in the Nov. 4 election: Stephanie S. Hatzenbuehler, the new District 4 representative; and John M. Eder, who was elected to an at-large seat.

Also inaugurated was Marnie S. Morrione, who was reelected to serve a third term as the District 5 school board representative. Board members’ terms run for three years.

Three student representatives also were inaugurated at Monday’s ceremony: Sophie VanDerburgh of Casco Bay High School; Sahra Ahmed of Deering High School; and John Phan of Portland High School. Student reps serve one-year terms and do not have official voting powers, but are elected by their peers to carry the student voices of their schools to the board. 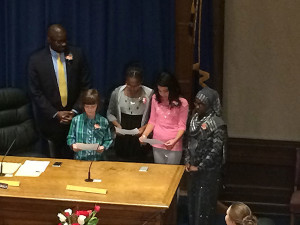 Thompson also announced at the ceremony that the board, starting in February, would hold its first meeting each month in City Council Chambers at City Hall and its second monthly meeting at alternating schools in the district, in order to improve public access to board meetings.

The board also recognized outgoing board member Justin Costa, who won election to the District 4 City Council seat on Nov. 4, and thanked him and former member Elizabeth Brooks, who stepped down in January to move to Scotland, for their service. Also recognized and thanked for their service were outgoing student representatives Mohamed Nur, of Deering High School; Hallie Repeta of Portland High School; and Eliza DAnieri of Casco Bay High School.