Bank robbers hit to Key Bank locations and for now elude capture. Any information should be shared with police.

Portland Police and the FBI are investigating two bank robberies that occurred in Portland on Friday, January 16th. Key Bank branches at 400 Forest Avenue and 85 Auburn Street were robbed within minutes of one another.

At 11:05 a.m. two subjects wearing old-man masks entered the Forest Avenue bank near USM and demanded cash from the tellers. They fled on foot toward Fessenden Street.

The robbers were captured on camera at both branches.

While running away down a path behind the Auburn branch towards Fall Brook, the robbers were caught by surprise by an exploding dye pack. Tellers handed the dye pack over during the robbery. It activated before the robbers even left the property, hopefully staining their hands or clothing, and maybe even staining some of the stolen cash. Police found the discarded dye pack behind the bank. 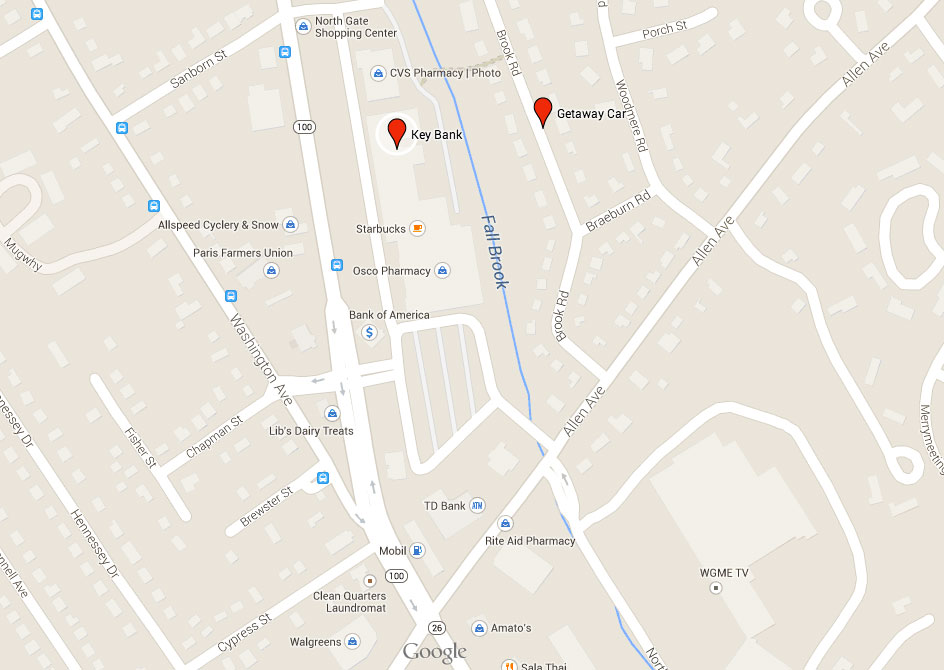 The robbers were last seen jumping into their getaway car that was parked behind the bank on Brook Road. The car is small and dark color with a partial registration plate of 8843.

The robbers did not display any weapons, and no one was injured.

Both perpetrators appear to be of medium height and build. They were wearing knit caps, sunglasses, and old-man masks.

Anyone with information should call police at 207.874.8575. To provide information anonymously by texting, send keyword “GOTCHA” to 274637 (CRIMES). To submit tips online go to www.portland-police.com and click “Submit an Anonymous Crime Tip.”