A group of residents have submitted an affidavit to initiate a referendum to protect scenic views. 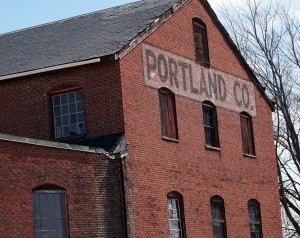 The residents are led by Soul of Portland, a citizen group geared towards stopping waterfront development at the 10 acre Portland Company site at 58 Fore Street. The referendum intends to protect scenic views along upper Fore Street and to create a Scenic Viewpoint Task Force to study other views for potential conservation.

Jim Brady, one of the owners of 58 Fore Street released a statement that reads in part:

“This initiative, led by a small but vocal group who strongly  oppose redevelopment of the Portland Company Project, discredits the hard work of professional city staff planners, the commitment and dedication of the planning board, and the overall process in place intended to result in sound urban planning and development for our great City. In addition, this initiative adversely impacts the greater Portland community and the much desired economic growth that is needed.”

On Monday, June 1st, the City Council will vote on rezoning the site. If heights are adopted that fit with the goals of Soul of Portland to protect views, then the referendum may not be submitted. If the Council goes with what the developers and City staff recommend, then the referendum will move forward.

If enough signatures are collected — from 1500 registered voters — then the referendum could threaten the development.