Posts
Home Cause Blog The Perils of Ultra-Leftism

The Perils of Ultra-Leftism 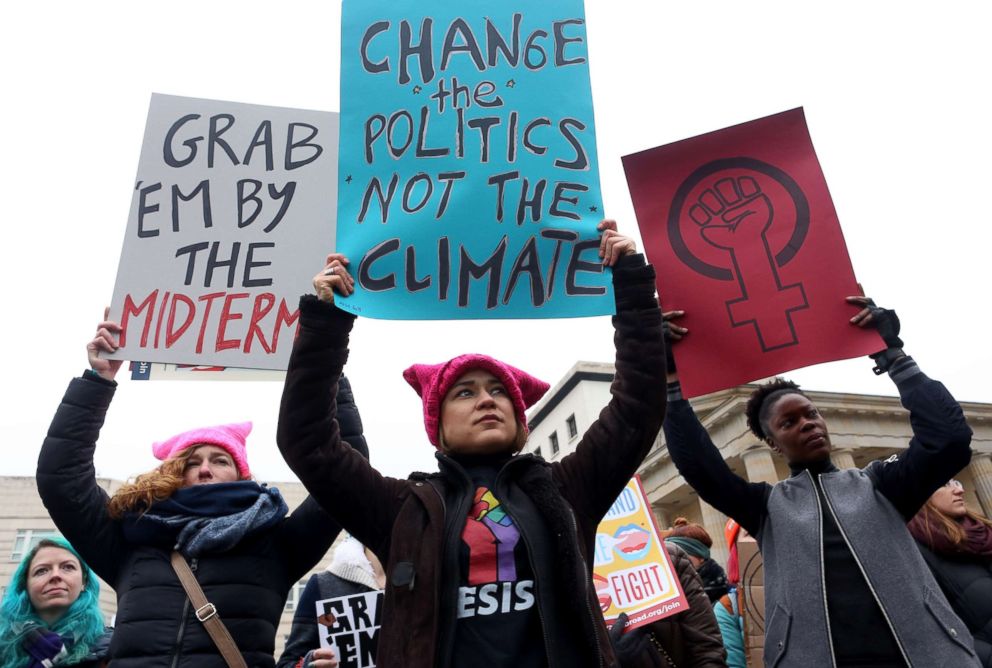 Indeed, the various women-themed marches that took place Jan. 20 throughout the country were far larger than many anticipated. To be honest, I expected the one-year anniversary of the Women’s March — the single largest day of protest in U.S. history — to pass mostly without incident given the general fatigue and demoralization among the left after a year of Donald Trump’s train wreck of a presidency.

Fortunately, I was wrong.

The latest women’s marches brought out over 120,000 protesters in New York City. Over 300,000 people demonstrated in Chicago and Los Angeles, according to official accounts. (And LA Mayor Eric Garcetti estimates double that number.) The number of protesters in Washington, D.C., “swelled to the thousands,” according to the New York Times. And, here in Maine, a rally in Augusta drew about 2,500 people.

Much of this momentum and renewed commitment to feminism is, no doubt, due to the #MeToo movement, which has brought down powerful and seemingly unassailable sexual predators in Hollywood, Congress, and corporate newsrooms. (However, one particularly vile serial sexual abuser continues to occupy the halls of government…)

All of these displays of resistance are extremely encouraging as we head into “Year 2” of the Trump presidency.

Yet there remain many on the left who do not seem to share my enthusiasm for the women’s protests. Quite the reverse in fact, these dismissive “ultra-leftists” would much rather ridicule, disparage, and denounce the Women’s Marches from afar, than participate in them.

The women’s marches, these detractors claim, are “too white,” “too middle-class,” “too liberal,” and “too ‘cisgender,’” a word nobody outside of academia or activist circles actually uses in everyday conversation.

Members of the left made these same criticisms of the original Women’s March a year ago. Some of them, like Black Girl in Maine blogger, Shay Stewart-Bouley, made them without even attending the march. Her entire assessment of the Women’s March (“too white”) is based on a handful of online videos she watched from the comfort of her home.

These holier-than-thou dismissals are just as juvenile today as they were then. Keeanga-Yamahtta Taylor called such ultra-leftism of the original Women’s March, “a sign of political immaturity that continues to stunt the growth of the American left.”

“This isn’t leadership, it’s infantile,” Taylor wrote in a Jan. 24, 2017 article for The Guardian. “It’s also a recipe for how to keep a movement tiny and irrelevant. If you want a movement of the politically pure and already committed, then you and your select friends should go right ahead and be the resistance to Trump.”

The fact is most activists start out as liberals. (I know I did.) It is only through class struggle and constant debate that liberal-leaning activists begin to become more radical. Our job as socialists is to show up to these protests (regardless of how politically tepid or even confused they may be) with our own signs, banners, and messages, and engage with others there. We must try to meet liberal activists where they are at, while still patiently and confidently arguing our own politics. And we must do this with the clear understanding that we will not win over everyone at once — or at all.

This is, no doubt, often slow and frustrating work. But sitting on the sidelines and arrogantly condemning protesters for not being as “woke” as you are does absolutely nothing to build a movement.

“Ultra-leftism,” a term coined by Vladimir Lenin in his classic Marxist essay, “Left-Wing” Communism, an Infantile Disorder published in 1920, refers to an elite tendency among certain hardened sections of the left to reject strategies aimed at involving the largest, broadest number of the working class.

Lenin, for instance, criticizes the Communist Workers’ Party of Germany (KAPD) for its staunch refusal to work with trade unions or run candidates for Parliament, believing those institutions to be insufficiently radical. While Lenin agreed that the rank and file in the German trade unions were mostly liberal-leaning, he argued the way to change that was to work with the unions and run openly communist candidates for Parliament. Only by engaging with these admittedly weak political organs, Lenin argued, could the left spread its politics to a broader mass of the working class.

“It is far more difficult — and far more useful — to be a revolutionary,” Lenin writes, “when the conditions for direct, open, really mass and really revolutionary struggle do not yet exist.” [Emphasis his.]

This is not to suggest the women’s marches (or the nascent #MeToo campaign, for that matter) are perfect. They are far from it. Nor does it mean we cannot offer legitimate, thoughtful criticism of the march organizers’ aims, tactics or overall goals.

Could the marches be more diverse? Absolutely. Are the protesters’ goals radical? Not really (though here it is worth noting that the women’s marches represent a broad swath of liberal, left, and radical groups, organizations, and politics).

And I think we can all agree the silly pink pussy hats need to be retired, ASAP.

The biggest problem with this second round of women’s marches is how they have been co-opted by the Democratic Party. The Democrats are hoping to funnel all of the genuine anger and outrage at Trump’s swamp monster administration into the “proper channels” of the November 2018 midterm elections. Thus, the slogans, “March to the Polls,” and “#Power to the Polls” were ubiquitous during the recent women’s marches.

And this is, historically, the role the Democratic Party — history’s second most enthusiastic capitalist party — has always played. Little wonder the Democrats are known as the “graveyard of social movements.”

The Democrats will not save us. Leftists’ illusions of “taking over” or “taking back” the Democratic Party (and the latter phrase suggests it was ever really our party to begin with) are just that. Electing more Democrats to Congress or the White House is simply not a viable route to working class revolution.

But we cannot make these arguments with progressive activists if we take a holier-than-thou position and refuse to participate in these demonstrations.

As Elizabeth Schulte writes in a recent piece for Socialist Worker, titled “In Defense of the Women’s Marches,”

When leftists insist that only protests and action organized around a radical, working-class agenda are worth taking seriously, they risk missing the audience for socialist politics among attendees of a protest that actually happened. They also miss out on the impact that large demonstrations, even ones dominated by liberal politics from the front, can have.

“… Creating a space, during and after the march, to have discussions about what it will take to build the resistance requires that socialists have patience, but also a clear set of arguments to make,” writes Schulte. “Whether we passed those tests this time around is an open question, but those whose cynicism kept them from even engaging with the Women’s Marches definitely didn’t.”