A number of West End residents are concerned about pedestrian safety and traffic features at the intersection of Brackett and Danforth streets as well as the speed and volume of traffic that passes by Reiche Elementary School two blocks up the road.

Rosanne Graef, a resident in the area is mostly concerned about the flow of traffic at the intersection of Brackett and Danforth.

“A few weeks ago a switch was made to a blinking red on Brackett and a blinking yellow on Danforth. This was done without announcement, at least I never saw anything in advance, and naturally people were confused and there was quite a deal of concern,” said Graef. 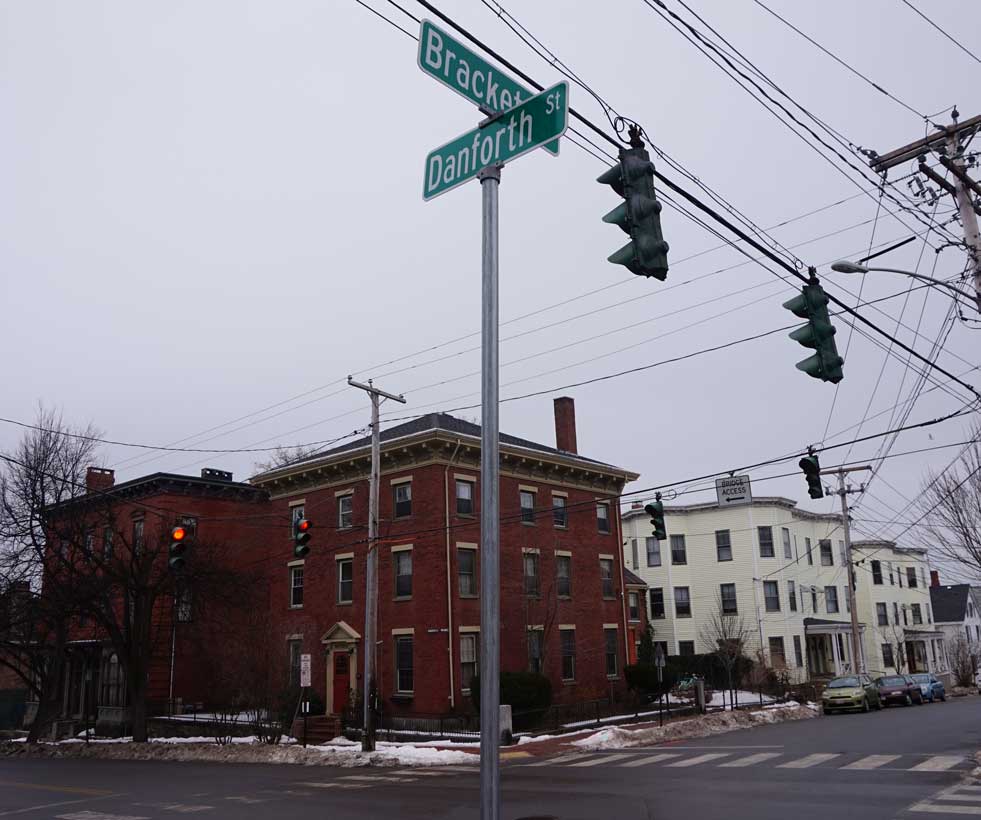 “I do not consider the current lines added on Brackett Street to be adequate,” Seeliger stated in reference to recently added mid-block crosswalks in front of the school.

“Parents and constituents asked prior [city] councilor Marshall about speed bumps and a better crossing area for students and buses since at least 2008. There was talk that it would be added to the CIP budget and it hasn’t happened.” Seeliger explained that this is one of the chief concerns of both parents and teachers.

Rosanne Graef shares the concern for safety in this area.

“A girl was hit by a CMP truck near Reiche a few years ago and a dog was killed on Clark Street near Reiche a while back. There are lots of close calls, probably on a daily basis, on the streets around the Reiche campus,” Graef said.

City Council member for District 2, Spencer Thibodeau is actively addressing the issue at Brackett and Danforth.

“The DOT had no issue changing that into a four way stop. I wanted to make sure we didn’t lose any parking spaces in the change and this was the way to keep the status quo and to make the area a safer crossing. Both are currently changed to blinking red lights in both directions,” said Thibodeau.

Regarding changes around the Reiche School, Thibodeau commented that many people have suggested that speed bumps or other speed arresting devices are needed around the Reiche school. This issue has been raised in the past. 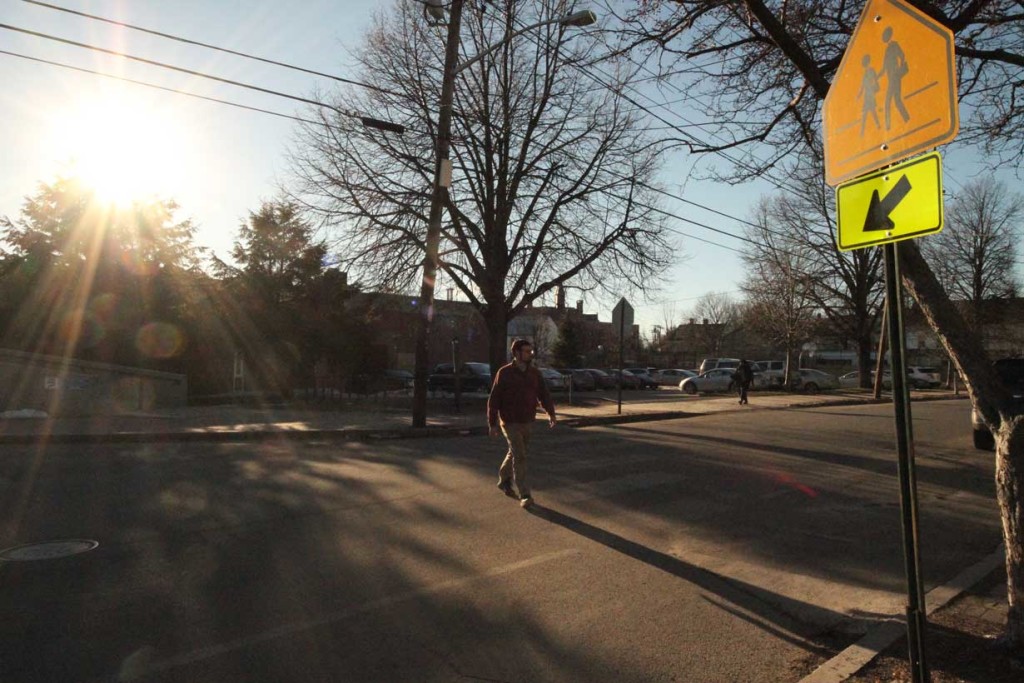 “The issue with the speed bumps – this issue has been studied when Dave Marshall was councilor – the reason why they can’t put speed bumps in this area is because the ambulances from Mercy Hospital would bottom out when they drive through that neighborhood.”

Despite the fact that speed bumps may not be a reality for the area around the Reiche School, the area is slated to receive flashing pedestrian crosswalk signs comparable to the sign located at the intersection of Pine and State streets across from One Longfellow Square.

“We are actually first on the list as far as getting the lights. The timing on this, we are still waiting on. John Jennings, the City Manager has made it clear that we are going to get three sets of pedestrian crossing lights. I think that is huge for the community. We definitely want to make sure that kids are safe. I think as far as efficiency at City Hall, John has really been working on this and they have been great to work with,” Thibodeau said.