Posts
Home Featured The Locker Project and Food at Schools

The Locker Project and Food at Schools

“Mother, they have grapes and stuff,” the young boy exclaims as he grabs a strawberry from the box of produce that was provided by The Locker Project. 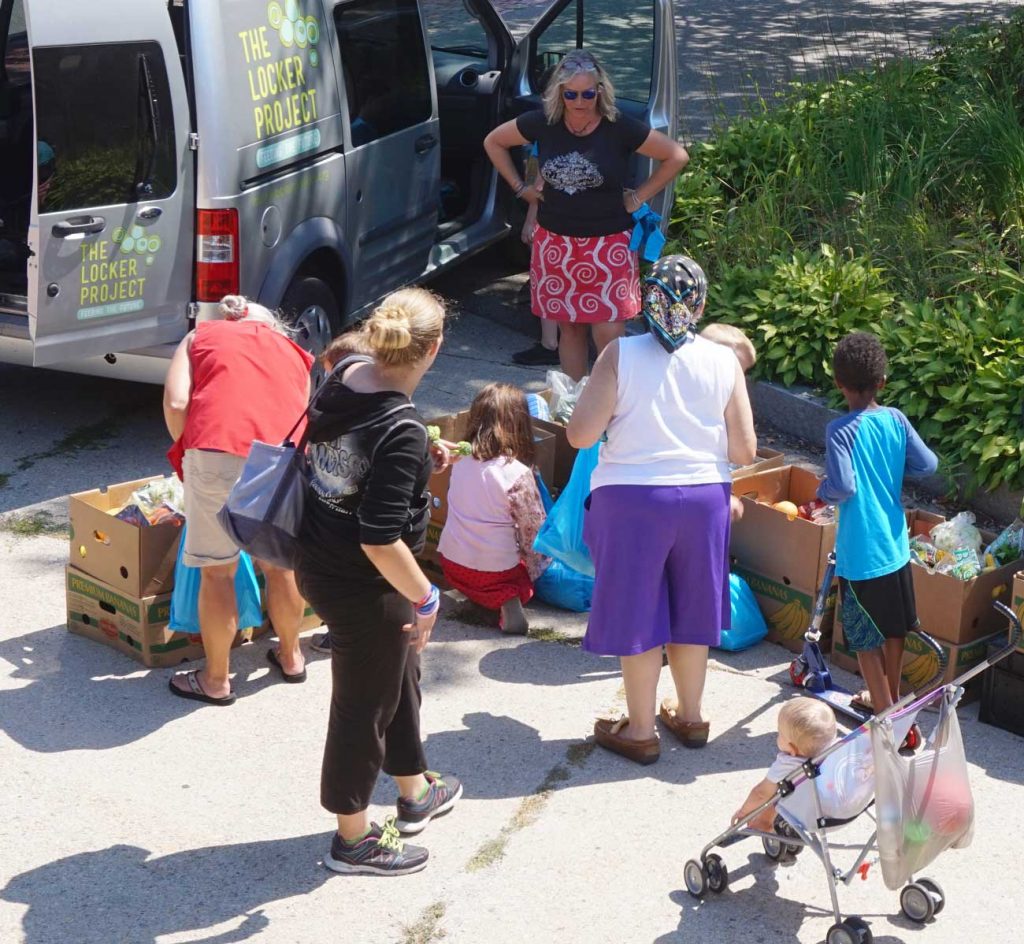 Katie Brown delivers a food drop to Reiche in August.

Some of the produce including fresh peas and kale were donated by a West End community gardener. Much of the rest was donated by Hannaford. It was about to go bad and be tossed for the landfill. It was brought to Reiche on a beautiful Wednesday afternoon by Katie Brown and The Locker Project.

Started just two years ago by an East End parent, The Locker Project delivers food directly to kids through schools. In this case, a fresh produce distribution was craftily scheduled for when Portland Recreational programs ended.

It is just one tactic The Locker Project uses to make bringing food home from school a normal part of day-to-day life.

“May I go see the nurse?” is all a hungry kid would have to say. At the nurse’s office there will be food stocked and waiting. She says hello to the nurse and grabs a granola bar or two. One for now and one that she stashes in her pocket for later. The Locker Project operates fourteen such food pantries at schools in the Portland area.

There can be a lot stigma around hunger. Even grown adults face shame when standing in line at the food pantry. Nobody likes to ask for food. Imagine how difficult it can be for a hungry kid at school.

“Some schools it’s a bigger issue for the kids than others,” says Katie Brown, Executive Director of The Locker Project.

Katie explains that their strategy is to make food accessible to anyone, even if they don’t have a need at home. It helps to destigmatize it for the children who do need it.

They bring donated food to school in the evening when there is a parent-teacher night. Staff, parents and students are all there. Invite everybody to take some food home.

“That was a way to introduce The Locker Project to everybody, and to let everybody know that the food is for everyone. That there is so much out there that is available that it’s doing us a favor by taking it home.”

Nearly 40% of all food produced in the U.S. is wasted, according to the Department of Agriculture. Yet, in Maine over 64,000 children, that is almost one if four, are food insecure. Maine is 18th in the nation and first in New England when it comes to childhood hunger. 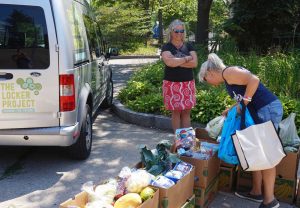 This small, local nonprofit’s overhead is very low. Donations will be put to good use. They always need fresh produce, but also non-perishable items. And they’ll even pick it up. Visit mainelockerproject.org or call (207) 899-9540 for more information.

If you are a local gardener who has extra harvest, consider sharing it with others. The Locker Project will be placing donation bins at select neighborhood gardens this fall. Their big produce distribution night for September through December of this year will be every Monday from 5 to 6 p.m. Be on the lookout for a drop box and leave any extra produce the Sunday before distribution.

Also, West End gardeners can bring their produce to Reiche throughout the harvesting months. Drop by Monday night during the Wayside Food Programs Community Meals. The meals start at 5:15 p.m. and drop-off times are ideally 5 to 5:30. Lots of kids and families are there that would like to take home fresh veggies.

The Locker Project would like to thank Sam L. Cohen Foundation and the Portland Rotary for their generous support.