Has the presidential election got you down? Do you yearn for a political process where different views are respected, speeches are more than just rhetorical and discourse is actually civil? Luckily, not all hope is lost. There is an organization that has worked since 1920 on expanding participation, informing voters and improving discourse, all while keeping it nonpartisan. I met with the League of Women Voters Portland Area chapter to learn how they are putting civility in politics even well into the 21st Century.

The work they do might not seem exciting at first: moderating debates, facilitating forums, training volunteers to deliver political education… But it in an era of partisan bickering and a bitterly divided electorate, there is a tinge of the unconventional in the old school work the League is doing.

“Integrity is the word that the League embodies for me,” says the League’s local community leader Barbara Kaufman.

Integrity. There’s a word you don’t hear in politics very often these days.

The League is probably best known for their voter drives and voter guides. This year they are also providing public education on ranked choice voting. For the League, it is a matter of improving the Democratic process. 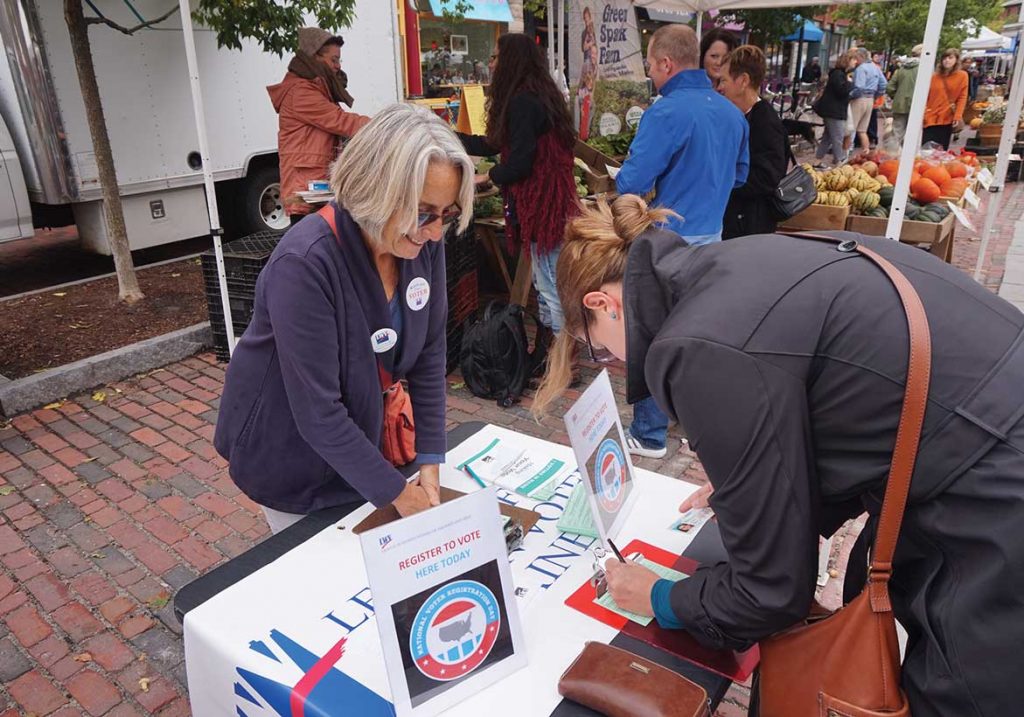 “We are in an election where there are so many ballot questions, but ranked choice voting really takes our priority,” says Barbara.

“In Portland you are lucky because you’ve been doing this now for two mayoral cycles.”

Ranked choice voting allows voters to rank their choice for candidates. Votes are then tabulated in rounds. If no one candidate gets a majority of first preferences, there is an instant runoff. The worst performing candidate is eliminated. The voters who chose that candidate as their first preference will then have their second preference counted. This runoff continues until a candidate wins a majority support with second choices, or possibly third, fourth, etc.

Learn all about it through the League’s voter guide. Also, the League will be using grant money to do outreach and education. They are delighted to speak to any group, library, book group or whoever wants nonpartisan information. They will also train volunteers to make presentations to their own groups.

The Maine 2016 Easy to Read Voter Guide just came out in early October. In addition to explaining ranked choice, it offers a nonpartisan look at statewide candidates and ballot questions.

No candidate is ever endorsed by the League of Women Voters. The candidates are given an opportunity to use their own words to answer a set number of questions. Those questions are the same for each candidate.

Find the guide in Maine libraries, churches and schools. It is also part of the Adult Education curriculum.

The local League is also busy registering voters. By early September, when we sat down to talk, they had already registered 427 new voters. And that was before their big push, registering voters at farmers’ markets, libraries and high schools throughout September and into October.

After students the largest number of people registered by the League are new citizens, and that is done through the naturalization process.

“Barbara wrote this great editorial…” remembers Peg, “about the right to vote and how important it is, and talking about how the League participates in the naturalization ceremonies. I thought, ’Whoa, I could do that.’”

And Peg does it well. League volunteers have participated in twenty-six ceremonies so far this year. They manage to register about fifty percent of the new citizens at any given ceremony, and hand out basic information on the voting process.

Peg says every ceremony is different, but they are always poignant. Everyone is grateful for their participation, and it is an excellent way to get involved.

Looking ahead, the League will stay active beyond the election. This Spring they are devoting their activities to civil discourse. After all, Barbara reminds us, “Democracy doesn’t work when people don’t talk civilly to each other.”

“The league has taken on more relevance as there have been more efforts to limit voter registration, limit participation in elections. The League has gathered more interest and relevance because of the lack of civil discourse, the extreme partisan nature of discussion and politics in this country,” says Barbara.

“We are concerned with making democracy work.”

The League of Women Voters is always looking for new enthusiastic leaders.

“It’s not just your mother’s or your grandmother’s organization,” notes newer member Karma Crawford, who has seen growing interest in the organization from younger women.

Of course men are very welcome, too.

“We actually have quite a few male members…” says Barbara, “We love to have men. Yet we don’t want to change the name because we have a great heritage dating back to the suffragettes.” 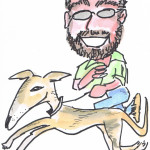 -Tony Zeli is publisher and editor of the West End News.