In late December, the regional National Labor Relations Board (NLRB) dismissed unfair labor practice charges that unions filed against FairPoint. Union leaders quickly announced that they will appeal the Regional Director’s decision to the General Counsel of the NLRB in Washington, DC.

On Saturday, January 2nd, the acting director of the Federal Mediation and Conciliation Service announced that she will bring the two sides together on Sunday, January 3rd, in Washington with a team of mediators to try and reach a settlement.

“This strike has gone on far too long and has taken its toll on hard working Maine families and Fairpoint,” Congressperson Chellie Pingree said. “I’m hopeful that with a federal mediator supervising negotiations the workers will get that contract they deserve.” 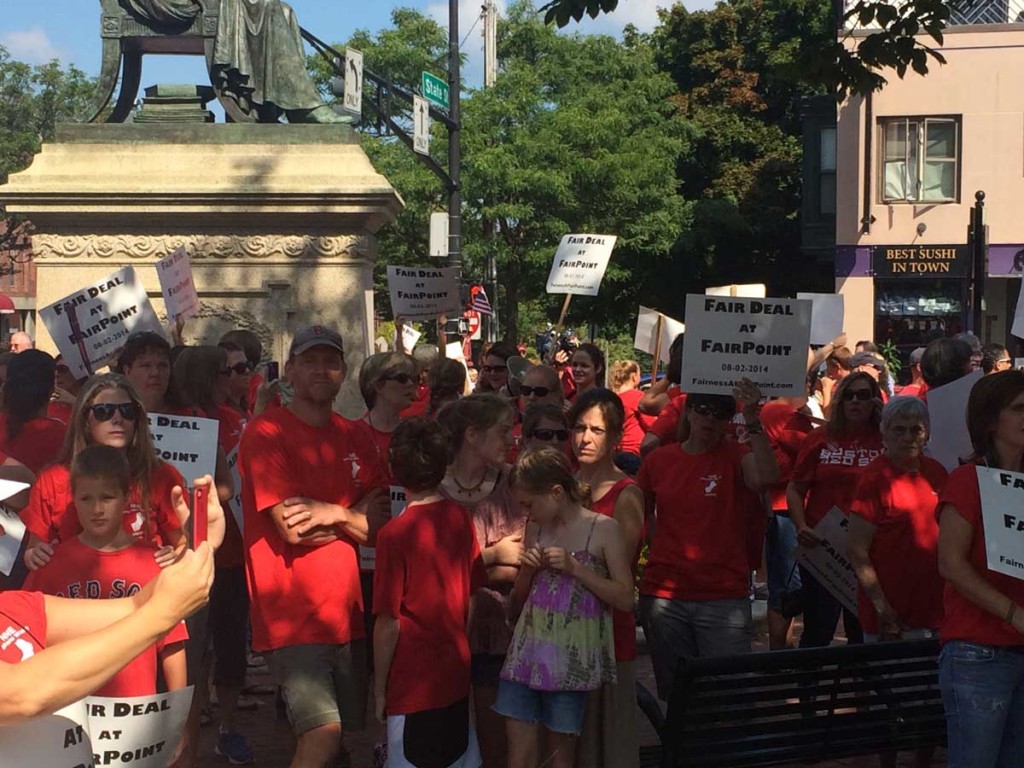 “We did not want to take this step,” said Augusta, Maine, Local 2327 Business Manager Peter McLaughlin, in an interview with The Electrical Worker online, a union publication. “We’ve offered significant concessions to this company that would save them hundreds of millions of dollars. But they absolutely refuse to compromise on any significant issue.”

Since the strike began the three states have seen a spike in the number of complaints against FairPoint.

In late December, New Hampshire officials declined to approve a $13 million contract with FairPoint for phone and internet services, citing concerns with the “poor service levels” customers are currently experiencing.

“The pressure on FairPoint is mounting and their contingency plan is failing. We know it, they know it, their shareholders know it, and our customers know it,” said Don Trementozzi, President of CWA Local 1400, in a prepared statement.

The unions are committed to continuing the strike. If the unions’ charges had been found to have merit, FairPoint would have been ordered to make employees whole for any compensation they lost since the complaint was filed in August of last year.