Authorized by Title XIX of the Social Security Act, Medicaid was signed into law in 1965 alongside Medicare. All states, the District of Columbia, and the U.S. territories have Medicaid programs designed to provide health coverage for low-income people.

Enough is Enough, but Too Much is Never Enough

If you’ve been following along with the Amos Farm for a bit you know that we’re about urban farming, but not farming alone, we’re steeped in righteous indignation. To farm, or more accurately to be able to farm is to have control over one of the most basic, central means of production, land; the ability to be an urban farmer is to have access and control, if not outright ownership of a high value asset; an centrally located, valuable parcel. Yes, many are drawn to urban farming from a desire to do good: to eat healthier, save money, rely less on agribusiness and transported crops or otherwise pump capital into the exploitative economy due to basic necessity; which are all good things but this ability presupposes a status far above that of so many of our brothers and sisters, especially our brothers and sisters of color. It might be your old family parcel, but black and brown people were prevented from buying property and building equity – specifically because of U.S. Government policy.

Nonetheless, it’s pretty unlikely that you or your family instituted these policies and while you might have (and continue to) benefit from them lament isn’t going to change a thing, justice isn’t in the purview of the “criminal justice system”, which really is criminal, but in the people. What’s more, the road to hell is paved with “good” intentions… case in point:

My wife and I at one time were ecstatic to learn of an Intentional Christian Community here in Lexington. It took a bit to find it, it wasn’t all that it was cracked up to be and after more than 20 years it finally augured in while we were in its midst, so it goes. Nonetheless, we became immeshed in “new monasticism”, we retraced the route of the 1961 Freedom Riders in a tour bus with Jonathan Wilson-Hartgrove, author of New Monasticism: What It Has to Say to Today’s Church and the late Dr. Vincent Harding, historian, civil rights activist and writer of what many hearlded as Martin Luther King, Jr.’s “most controversial speech”, Beyond Vietnam: A Time to Break Silence. He gave that speech April 4th, 1967at Riverside Church in New York City; exactly one year to the day before he was gunned down at the Lorraine Motel in Memphis, Tennessee.

Did you know that Dr. King’s Widow sued LLoyd Jowers, owner of the nearby Jim’s Grill in the 1999 case of Coretta Scott King, et al, v. Loyd Jowers, et al in the Circuit Court of Shelby Co., TN and their attorney, William F. Pepper presented evidence from 70 witnesses and 4,000 pages of transcripts alleging that the FBI, CIA, US Army, Memphis Police Department and organized crime all had a role in the murder of Dr. King, and won? Whatever the truth is it’s one of two things, either those folks conspired with the U.S. Government to murder Dr. King, or America’s legal system doesn’t work, take your pick.

But back to the point.

One by one, many of the working class quarters of London have been invaded by the middle classes — upper and lower. Shabby, modest mews and cottages — two rooms up and two down — have been taken over, when their leases have expired, and have become elegant, expensive residences. [ ] Once this process of “gentrification”; starts in a district, it goes on rapidly until all or most of the original working class occupiers are displaced, and the whole social character of the district is changed. 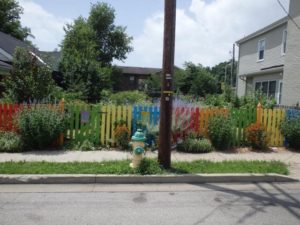 This is where the term “gentrification” originates.Case in point: There is a home near ours, it sold in 2000 for $75K, in 2001 for $85K and in 2004 it was purchased by “domestic missionaries” for $115. These are those “new monastics”, going into those areas “blighted” by society (a.k.a. white people parachuting in to save the poor brown people); subsequently they were able to acquire the vacant lot next door and it became a “community” farm. – It was sold again in 2016 by those “missionaries” for $304.5K to (white) folks who couldn’t maintain the “community garden” on the lot adjacent to the home (see photo) and who now, only two years later have had enough of “inner city” living and are moving to the burbs. They’ve spoken with some of the indigenous urban ag people here about their place being used as a headquarters and for training, but at the end of the day all they care about is their Benjies and let’s be honest, they spent theirs- they were dumb enough not to look at the PVA site and got taken, why shouldn’t their buyers? Not only did their purchase increase all of the indigenous people’s taxes and/or rents due to “appreciating home values”, it made all other available housing more expensive, why is it that my underserved neighbors get hurt because they were ignorant enough to spend 406% more for a home than it sold for only 16 years before! (According to the Bureau of Labor Statistics consumer price index prices were 39.38% higher in 2016 than they were in 2000, so the house should have cost $104,535). 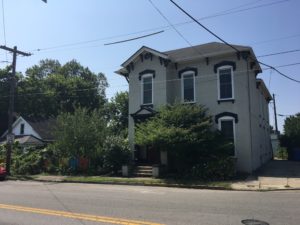 (P.P.S.: I wonder how many citation’s the Lexington Division of Code Enforcement’s given to the white people with money?)

That’s just not cool, what to do about it?

Be a community member, not a usurper. If you’re a community member and an opportunity happens, cool, but it happens, you’re not out looking for it and you sure aren’t making it happen. Two years ago our neighbor, the patriarch of the family fell ill and was taken to the hospital. Every week we were told that he was doing better, that he’d be home soon, until we learned of his funeral. The siblings got to fighting, the one’s vices got out of hand and everyone else moved out. I wasn’t able to leverage the Affordable Housing Trust Fund quickly enough to satisfy them and we lost out; but I got my ducks in a row, kept in touch, and kept showing up and when it went off the rails I was able to stand in the gap as a buyer and we purchased it yesterday.

I have privilege. I’m an attorney with white parents and familial assets, my wife and son are black, they don’t have those assets to build on. My father and I are partnering on making this affordable housing, but that also means that we can’t be stupid. Unless I want to loose money I can’t jump on the next bandwagon and “make it happen.” I can’t save anyone. If it doesn’t make economic sense it isn’t going to work. Now yes, I could spit shine the place and make a fourfold return on the purchase price, but that’s not the game I’m playing. Tune back into the Amos Farm next month to learn our anti-gentrification, turn-back-the-clock to white flight plans and discover what’s gone on in the month intervening, but that place hasn’t had utilities in a couple of years now so this should be interesting… and brass tacks, the family which has owned this property since 1963 amassed $7,706.91 in code enforcement penalties (which are familial assets taken away from them), more than $50,000 in end of life care costs, plus the Department for medicaid services trying to recoup it’s cost for, according to Program History at medicaid.gov: “Authorized by Title XIX of the Social Security Act, Medicaid was signed into law in 1965 alongside Medicare. All states, the District of Columbia, and the U.S. territories have Medicaid programs designed to provide health coverage for low-income people.” 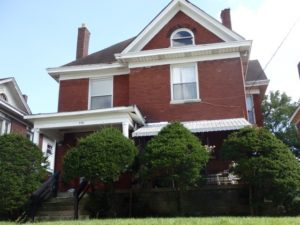 The good old U.S.A. up to it’s usual tricks, “provid[ing] health coverage for low-income people”, by cleaning out the family estate with the help of code enforcement. There is just so much economic mobility in the U.S., especially for people of color now that we’re post-racial, we’ve had Barak Obama! And Medicaid, you’re clearly (not) providing health coverage for low-income people, even people of retirement age, “Social Security” is neither social, nor is it security, if there were any social services in the U.S. why did this unfortunate gentleman amass so much in end of life care, it isn’t like it was unforeseeable after all, he was old… I wonder how much that war monger John McCain racked up in end-of-life care, and I bet his family wasn’t cleaned out by it either, just those children in Southeast Asia he napalmed.