Posts
Home Cause Blog Corporate Media: The Real Enemy of the People

Corporate Media: The Real Enemy of the People 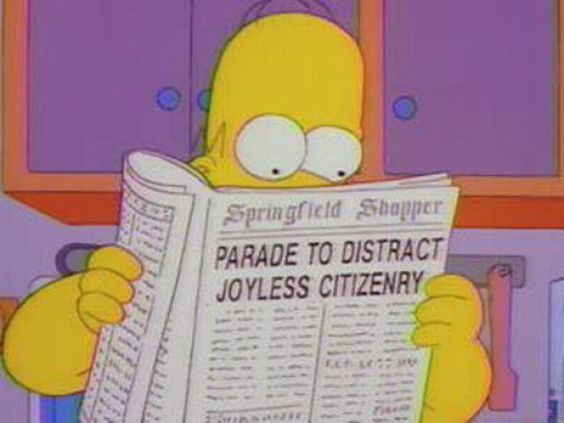 On Aug. 16, 350 daily newspapers banded together to denounce Donald Trump’s ongoing war on the press, which he has derided as perpetuating “fake news,” and as the “enemy of the people.”

In a coordinated series of editorials, newspapers throughout the country defended the role of a “free and independent” press in a “democratic” society, and repudiated Trump’s McCarthy-esque attacks on the media.

“[I]t’s important for journalists to continue to report on the business of the government,” wrote the editors of the Bangor Daily News on Aug. 16, “and for editorial boards, like this one, to condemn attacks by the president and others in positions of power. News organizations don’t serve governments. They serve you, the public.”

They are the only way you know when your government isn’t working as it should. They are the only independent way to know what elected officials are doing. Often, if the government doesn’t like journalists, it’s probably because they’re doing their job right.

The Boston Globe, which put out the initial call for a coordinated defense of the media, similarly wrote of Trump’s attacks on press freedom:

The press is necessary to a free society because it does not implicitly trust leaders — from the local planning board to the White House. And it’s not a coincidence that this president — whose financial affairs are murky and whose suspicious pattern of behavior triggered his own Justice Department to appoint an independent counsel to investigate him — has tried so hard to intimidate journalists who provide independent scrutiny.

Collectively, these incisive editorials make a powerful case for the role of the vaunted fourth estate and the First Amendment. If only the media actually carried out any of these watchdog functions.

There is a reason I put the words “free and independent press” in quotation marks. That is because, sadly, the United States does not actually possess any such thing. We have a corporate-owned and controlled news media.

Incredibly awkward as it is to find myself agreeing with the racist, misogynistic, white supremacist apologist Trump, his accusations that the mainstream news media are the “enemy of the people” are not all that far from the truth. The unfortunate reality is the corporate media are the enemy of working-class people.

At the very least, the U.S. press has a troubling yet consistent history of echoing and prioritizing the views and stories of the wealthy business elite over those of working-class Americans. Consider for instance: Compare the size of the “Labor” section in your average daily newspaper to that of the “Business” section. It’s a pretty short experiment. Newspapers do not have a “Labor” section. (But remember: “The media are liberal.”)

Despite its lofty rhetoric, the corporate media do not serve “the public.” They serve their shareholders.

The right-wing, Sinclair Broadcast Group owns or operates 193 television stations throughout the country, making it one of the largest telecommunication companies in the nation. (Sinclair is the parent company of local CBS affiliate, WGME 13.)

Given the media’s labyrinthine model of overlapping and ever shifting corporate ownership, it stands to reason media outlets will generally promote center-right, pro-business viewpoints. Despite the right’s longstanding tirades against a mythical “liberal media,” the mainstream press typically does more to echo government talking points rather than challenge them. It is more lapdog than watchdog.

As a result of this uncritical coverage, the major media outlets passively accepted the Bush administration’s lies justifying the Iraq War in 2003. They failed to foresee the 2008 housing crisis and the subsequent Great Recession, despite warnings from prominent economists. They unanimously championed the $700 billion taxpayer bailout of the “too big to fail” Wall Street banks that recklessly gambled with customers’ money and sent the global economy into a tailspin. And they are virtually silent on the single greatest existential threat facing the human race: Climate change.

Given this recent track record, is it any wonder a majority of Americans — on both the right and the left — distrust the media?

“What is typically presented as news analysis,” writes Amy Goodman in the introduction to her 2009 essay compilation, Breaking the Sound Barrier, “is, for the most part, a small circle of pundits who know so little about so much, explaining the world to us and getting it so wrong. While they may appear to differ, they are quibbling over how quickly the bombs should be dropped, not asking whether they should be dropped at all.”

And the problem is not limited to the patently ridiculous right-wing cranks on Fox News.

Numerous studies by the media watchdog group Fairness and Accuracy In Reporting (FAIR) find that National “Public” Radio (NPR) relies on the same narrow, elite circle of white, wealthy, male news analysts as the cable news networks it is supposed to serve as an alternative to. In fact, libertarian billionaire, David Koch, sits on the board of NPR, perhaps in a classic example of keeping one’s “friends close and your enemies closer.”

This is not to suggest the left should abandon corporate media, entirely. This is simply not realistic under capitalism. Nor, for that matter, should we substitute popular conspiracy theories for the fact-based world as the right has opted to do. Indeed, there is a great danger in “Russiagate” becoming the left’s version of “Benghazi.”

But socialists need their own media outlets to promote and advance our view of the world — and, more importantly, how we believe we can change it.

Newspapers like Socialist Worker are part of a long tradition of socialists writing, printing, and circulating their own papers produced by and for working-class readers. These papers aim to both spread socialist ideas and empower readers with local and national news of the latest strikes, protests, walk-outs, and antiwar rallies.

To be clear, Trump’s attacks on the media are concerning. Historically, the first task of any would-be dictator has been to undermine and later forcefully shutdown the free and open press. The fact that the U.S. news media can in no way be described as “free” or “independent” does not make Trump’s anti-journalism rhetoric any less disconcerting. And this is to say nothing of the chilling, misogynistic death threats cable TV anchors like MSNBC’s Katy Tur have received from Trump supporters.

Yet there is a bitter irony — if not hypocrisy — to the press’ sudden condemnation of Trump.

Many of the same corporate media outlets that now blast the president and the “constitutional crisis” he has brought about are the same ones that offered free, uncritical coverage of his campaign, snobbishly dismissing the possibility of a candidate so obviously inept, shallow, and ignorant ever actually getting elected president. In many respects, the media created Trump. He is their Frankenstein’s monster. And now, just as in Shelley’s classic novel, he has violently turned against his creator.

“Journalism is printing what someone else does not want printed,” George Orwell wrote. “Everything else is public relations.”