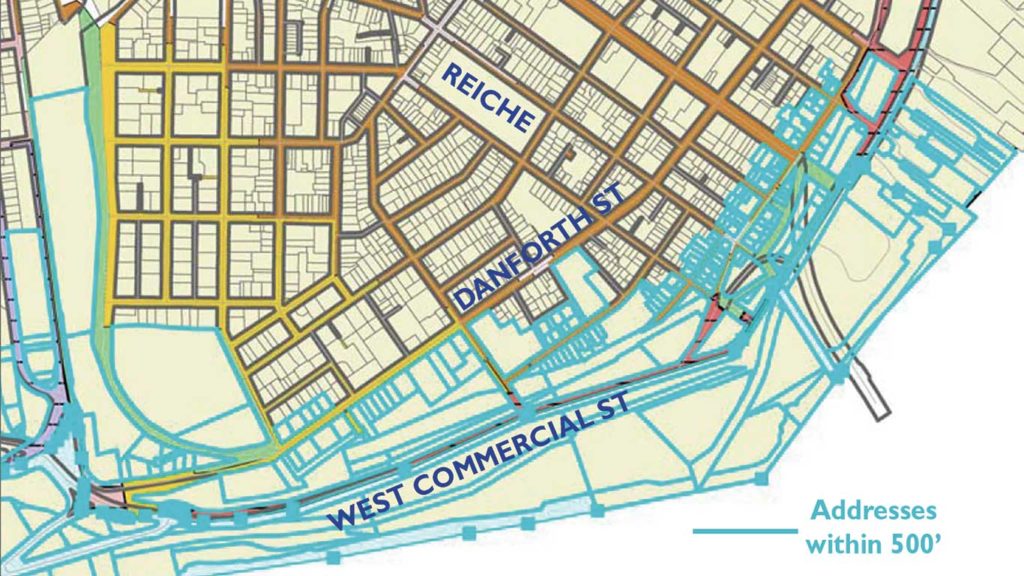 The whole process is back dated. So a petition filed after May 15, 2017, can kick off the first use of the new process. That is, of course, if it passes.

And, 125 West End voters have signed a petition to stop a zone change along the western waterfront.

In early September, the Council approved higher building heights along the West Commercial Street. Heights went from 45 to 55 feet. Also, the Council allowed up to 75 feet under the condition that the development is port-related. Specifically, this means Americold’s cold storage warehouse, planned to be 68-feet tall, will be allowed under conditional use.

The 125 West End voters might trigger a complex process that could prevent Americold from building up to 68-feet.

Petition organizers worked with City staff to determine which addresses were located within 500 feet of the Waterfront Port Development Zone (WPDZ). They measured from the south side of West Commercial Street.

If the referendum passes, the City Clerk will work to verify the list of signatures. If the valid signatures represent 25 percent of the voters in the designated area, then the City’s Economic Development Department will be notified. Economic Development is the body that requested this zone change on behalf of Americold.

Then, the City would have 45 days to collect signatures from registered voters who reside or own property within 1000 feet of the WPDZ. And presumably, who approve of the rezoning as passed.

Much hangs on the November ballot for the West End. It seems, Portland voters will have a big say in how the western waterfront is developed.

Tony is publisher and editor of the West End News. He is a Portland resident.