After Bernie Sanders, it’s Time to Ditch the Democrats 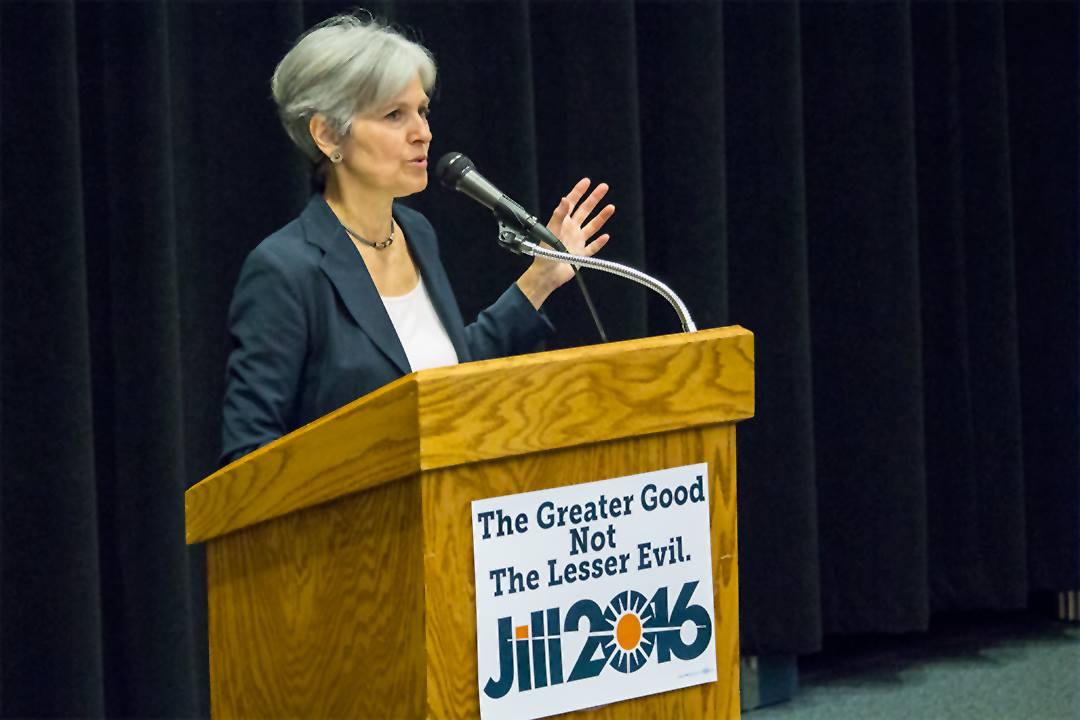 And just like that, Bernie Sanders’ “political revolution” has died, not with a bang, but with a whimper.

Not only did the Vermont Senator do nothing to challenge the coronation of his rival, Hillary “Queen of Chaos” Clinton, during last week’s Democratic National Convention in Philadelphia, he personally halted the state-by-state vote counting of delegates and superdelegates to name Clinton the nominee via acclamation. When his hundreds of mostly young, enthusiastic supporters became understandably incensed at their political hero’s betrayal, Sanders patronizingly lectured them like children.

“Brothers and sisters,” he pleaded with protesters on the convention floor, many of whom jeered loudly every time Sanders mentioned Clinton’s name, “this is the real world that we live in.”

Sort of gives a whole new meaning to “feel the Bern,” doesn’t it?

Sanders has dutifully fulfilled his role as “sheep dog” for the Democratic Party (which, let’s face it, he has always been a de facto member of, despite his nominal “independent” registration status), herding voters back into the corrupt embrace of the Democratic Party.

As I argued a year ago in this column, this has been Sanders’ true aim from the beginning. He follows in the tradition of other progressive champions like Dennis Kucinich, Howard Dean, and Jesse Jackson who similarly attempted to “take over” the Democratic Party in elections past. But in each case, the Democratic Party establishment was not only able to stymie those candidates’ campaigns, but also absorb them and their numerous supporters back into the party fold.

This is how the Democrats remain the default home for progressives who, as Bill Clinton once cynically acknowledged, have “nowhere else to go.” This bait-and-switch strategy of pulling disaffected voters back into history’s second most enthusiastic capitalist party effectively prevents the formation of a viable third-party that could truly challenge the Democrats from the left.

And Sanders, through his longstanding quid-pro quo with the Democrats in which they agree not to run a serious candidate against him in his home state of Vermont, in exchange for Sanders’ obsequious loyalty in the Senate (including his unwavering commitment to U.S. militarism and Israeli apartheid), has been a willing accomplice in this charade.

As Johnny Rotten petulantly taunted the audience during the Sex Pistols’ infamous final performance, “Ever get the feeling you’ve been cheated?”

Truth be told, I take no pleasure in having correctly predicted the outcome of Sanders’ race.

If Sanders had actually taken Jill Stein up on her offer to run with her in the Green Party, he could still be in the race. (Stein even attempted to sweeten the deal by giving Sanders top-billing on the ticket, with her as his vice presidential candidate.)

Better yet, he should have run as an independent from the beginning. He could have avoided all of the DNC’s underhanded tricks and sleazy superdelegate snubs entirely.

Alas, Sanders has nothing but disdain for third-parties — which is ironic, considering he began his political career as an independent. Case in point, in 2004 it was not enough for Sanders to campaign for John “Reporting for Duty” Kerry. He also made a point of specifically urging voters not to cast a vote for Ralph Nader, who ran again as an independent.

“I am going to run around this country and do everything I can to dissuade people from voting for Ralph Nader,” Sanders told Vermont Public Television at the time.

Sanders recently repeated this tactic when he instructed his dejected supporters not to throw their support behind Stein. The irony, of course, is Stein’s domestic platform has far more in common with Sanders’ than Clinton’s does. The Stein campaign would seem to be the logical “plan B” for Sanders’ newly radicalized voters.

While conventional wisdom suggests Sanders would never have had a “chance in hell” of getting “as far as he did” as an independent, the fact is running within the Democratic Party did little to improve his overall chances. That is because the Democratic Party is the place where social movements go to die. If the left is serious about mounting any sort of “political revolution,” it needs to get beyond its knee-jerk aversion to third-parties.

Indeed, Sanders’ campaign is proof positive that the left’s dream of “taking over” the Democratic Party and thus turning it into a more “progressive” vehicle for social change, is just that — a dream.

As Lance Selfa writes in his recently updated book, The Democrats: A Critical History,

The question remains: Can progressives take over the Democratic Party…?  To answer that, one has to consider that the Democratic Party really represents one of two parties of corporate rule in the United States. Despite its name, it is not a democratic organization whose members control it. So any activist or trade union or popular attempt to take it over always faces a counter-attack by the people who really control it — big business interests who will use every underhanded trick in the book to maintain their hold.

Leftists must break free of their abusive relationship with the Democratic Party, and work to create a true party for the working class. Sanders, if he was truly committed to the “democratic socialism” he sometimes espouses, could have played an integral role in helping to establish such a party — a party for the 99 percent, in the lexicon of Occupy Wall Street.

Instead, Sanders demonstrated that he cares far more about keeping his Senate seat and various committee chairmanships than mounting any serious threat to the capitalist political system. His craven capitulation to Wall Street’s favored candidate has effectively betrayed everything his campaign stood for.

Worst of all, Sanders’ betrayal risks turning an entire generation of new left-wing voters — many of whom are embracing various forms of socialism for the first time — away from politics, entirely. And frankly, if these young Americans never partake in electoral politics again after this most unkindest cut of all, who can really blame them?

I say it is long past time to ditch the Dems once and for all. Despite the party’s longstanding image as the heir of FDR-style redistributionist policies, the Democrats are in fact another party of Wall Street, capitalism, and war. And the issue is not limited to former DNC chairwoman Debbie Wasserman Schultz, as the corporate media’s oversimplified coverage has portrayed it. It is the entire party — whose neoliberal aims are completely at odds with those of the working class — that is the problem.

Nor will the Democrats’ latest party platform, which pundits have lauded as the “most progressive in history,” have any discernible affect on “pushing” the Dems to the left. Last time I checked, party platforms are completely non-binding, ceremonial affairs. In other words, Democrats in office are in no way obligated to fulfill (or even acknowledge) any of its platform planks.

So what is a disheartened Sanders supporter to do?

In the short term, Dr. Stein offers a true alternative to the capitalist status quo.

“I call on the tens of millions inspired by Bernie Sanders’ call for political revolution,” Stein writes in a recent op-ed for CounterPunch, “the 60 percent of Americans who want a new major party, and the independents who outnumber both Democrats and Republicans to reject the self-defeating strategy of voting for the lesser evil and join our fight for the greater good.”

But, taking a longer view, we must remember that hope and change are, in the words of Noam Chomsky, “rarely gifts from above,” delivered by presidents, Congress, and the power elite. As Marx and Engels astutely understood, only the working class can bring about its own political emancipation. That means we must continue to engage in mass movements of popular struggle — regardless of whether it is Clinton or Trump occupying the White House.

If Sanders’ failed campaign has illustrated anything, it is that the corrupt, capitalist Democratic Party is not a vehicle for change. It is an impediment to it. Leftists should not hesitate to walk out on this elitist party and never look back.