The holiday season is in full swing. The National Retail Federation released survey data showing that 99 million people shopped in stores on Black Friday weekend. But that number is down three million from last year. Meanwhile, over108 million shopped online over the same weekend, an increase of about five million. What does the shift from in-store to online shopping mean for local retailers, whose brick and mortar storefronts are their primary avenue for sales? Well, they are not worried about it at all. 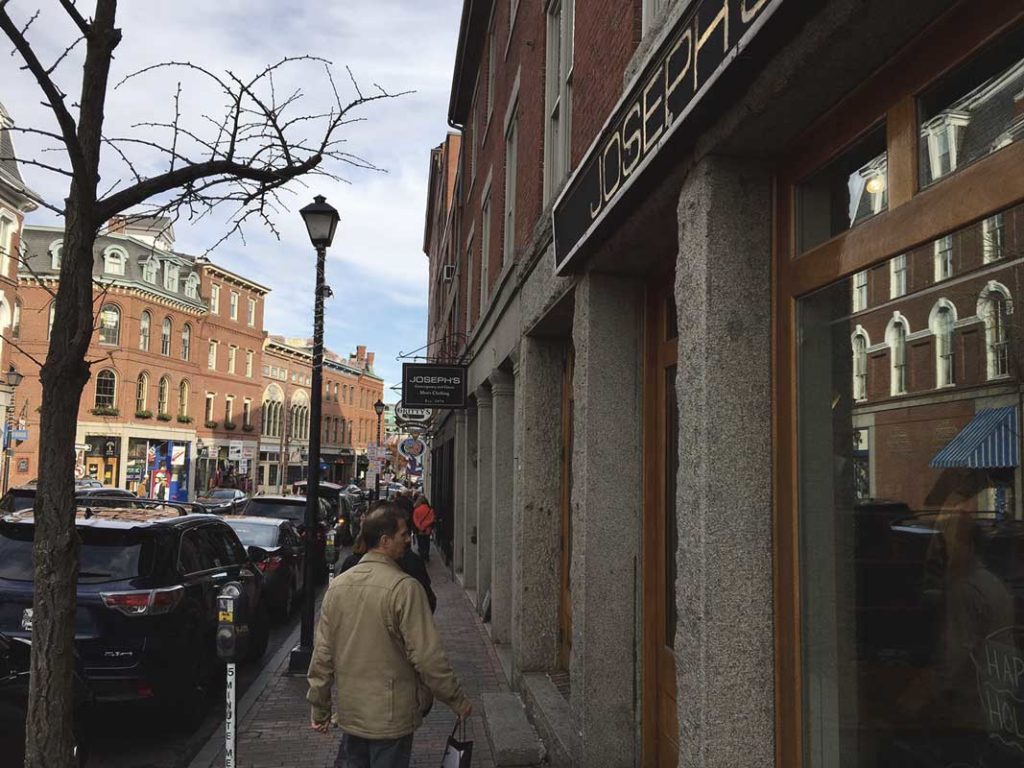 Old Port shoppers near Joseph’s on Shop for a Cause Day, Saturday, Nov. 26. -Photo by Tony Zeli

Take for instance Joseph’s Fine Clothing on Fore Street. This shop has been selling men’s fashions in the Old Port for over forty years. They put little stock in online sales. Their website is totally info-driven with no online store.

Joseph’s manager Jeff Lauzier says the website is selling “what we do, not what we have.”

They sell high-end men’s goods. Their customers come from all over the region. And what they are looking for is the best materials and the best service. These are not things they look for online.

Additionally, for owner Joseph Redman holiday shopping should be about the spirit of the holidays and that means “fun, exciting… and profitable.”

Not Just a Mad Dash

Locally owned stores have a distinct advantage when it comes to the shopping experience. They work hard to make the holiday season something more than just a mad dash for deals. Plus, local businesses get to partner with local organizations like Portland Downtown, a nonprofit funded through a tax on property owners within the downtown district.

“Our goal for the holiday is to encourage people to come downtown for holiday events and to make a day of it – grab a meal, do some shopping and enjoy the sights of our beautiful city,” says Portland Downtown Executive Director Casey Gilbert.

During the holiday sesaon, Portland Downtown offers a huge list of events such as Shop for a Cause Day, which was on the Saturday after Black Friday.

And these events work. Joe Redman said that Shop for a Cause Day, which not coincidentally falls on American Express’ Small Business Saturday, is actually a busier day for their store than Black Friday.

About fifty local retailers participated in this year’s Shop for a Cause Day. They raised money for Milestone Foundation, a local organization dedicated to supporting individuals with substance abuse problems.

“Portland residents are socially conscious and, as such, understand the importance of buying local,” says Casey Gilbert. “I am confident that they will choose to make purchases that support local business and that have a greater local economic impact.” 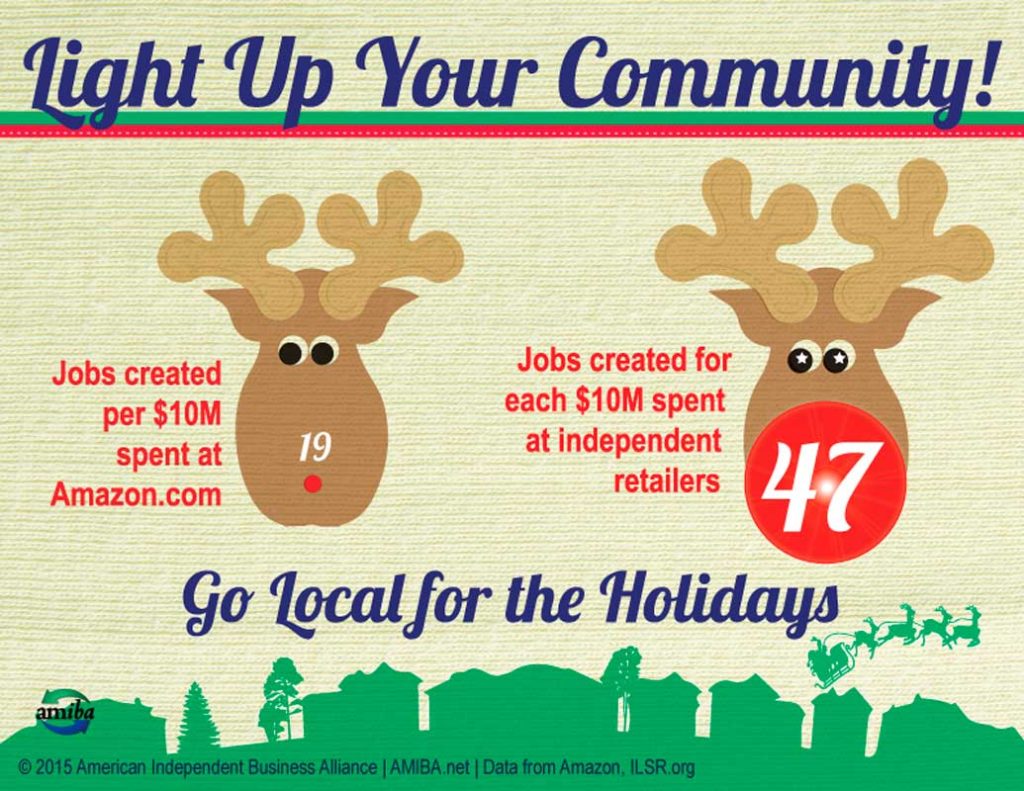 Luckily, business is booming according to Joe Redman. His store had a banner summer. And Casey Gilbert notes that it was the same for other downtown retailers. Joe mentioned at least a three to four percent growth in sales over last year. This is in line with national projections from the National Retail Federation that expects holiday sales growth of 3.6% nationally.

But there are factors that are hard to control. What about post-election trauma? The National Retail Federation found that over 25% of shoppers said the election results would affect their holiday spending.

Joe did not think it was such a problem. He admits there may have been a small influence during the days leading up to Election Day. Whether it is voter fatigue or just the change in the seasons, the final days before the election are often a bit slow for retailers. But Joe says the election results are not going to affect the holidays at all.

Portlanders have the power to make this a banner holiday season for the entire local economy. Shopping locally is all it takes. And it looks like that is exactly what they plan to do.