Special Assistant to the Mayor 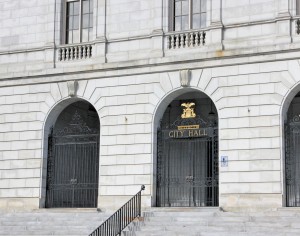 In my previous column, I begged for a good local scandal or dish, and lo and behold, the city delivered. One of those mystifying magical acts of Human Resources, wherein a new City job manifests despite a supposed city-wide hiring freeze: Special Assistant to the Mayor. Abracadabra! Perhaps I should title this column, How to Make Friends at City Hall.

The need: I don’t doubt the city could benefit from stronger policy development, and coalition building. The council, mayor, and manager are swamped with work, while trying to plan ahead.

Several years ago, in 2008, an administrative position that assisted the council and mayor was cut from the budget. According to the Portland Press Herald, “That position paid $30,000 a year for a 30-hour week…”

This newly advertised special position has not been deemed an administrative one, but a senior policy one. Have citizens been clamoring for a senior policy official? I believe we thought we were getting that with an elected, compensated mayor.

The cost vs. other city priorities: Quoting MPBN, “[Mayor] Strimling says the city manager found money in the city’s existing budget to fund the position through the end of the fiscal year.”

Aaah, when do we ever “find money” in a budget? The salary range of $55,575 to $74,490 plus benefits is not money you find in a spare coat pocket, especially compared to the previous assistant’s salary of $30,000. Contextually, the mayor’s salary is reported at $70,000/yr, so the new special assistant is really the mayor’s salary peer.

“Finding money” sounds like a magic wand, doesn’t it? Yet over the years, we citizens have to sit through untold hours of meetings, petitioning for city money to improve sidewalks, signage, streetlights, schools, whatever little piece of the pie we can get. And, what about that hiring freeze?

The process and timing: Applications were due January 21st, and according to the Press Herald, “The city is only posting the position for eight business days (Jan. 11-21), even though most city-posted jobs are open for two months.”

The posting was only up for a week? How bizarre. Yet Strimling and Jennings are smart enough to know the news cycle, that residents will be distracted by the next kerfuffle, and forget this affront to process. A Google search has yielded a few outraged media columns, and then the story
died down. 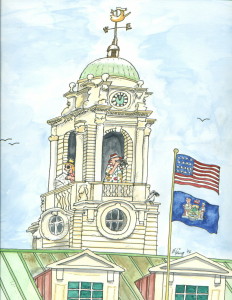 The hire – their affiliations: It’s been a week since the listing closed, and I wonder if the new assistant has yet been chosen. Given how busy they are, I have not reached out to the mayor nor manager for comments. I’m not a journalist, nor a politician. Just a city resident and occasional advocate, prone to musings.

I hope citizens are paying attention, as they are paying their property taxes, and parking tickets, and licensing fees. If we need such a position, a better bargain for the citizenry might be a return to the $30k/30 hours administrative assistant, around $19 per hour. And we should be informed when the hiring freeze is lifted for all, not at the manager’s convenience.