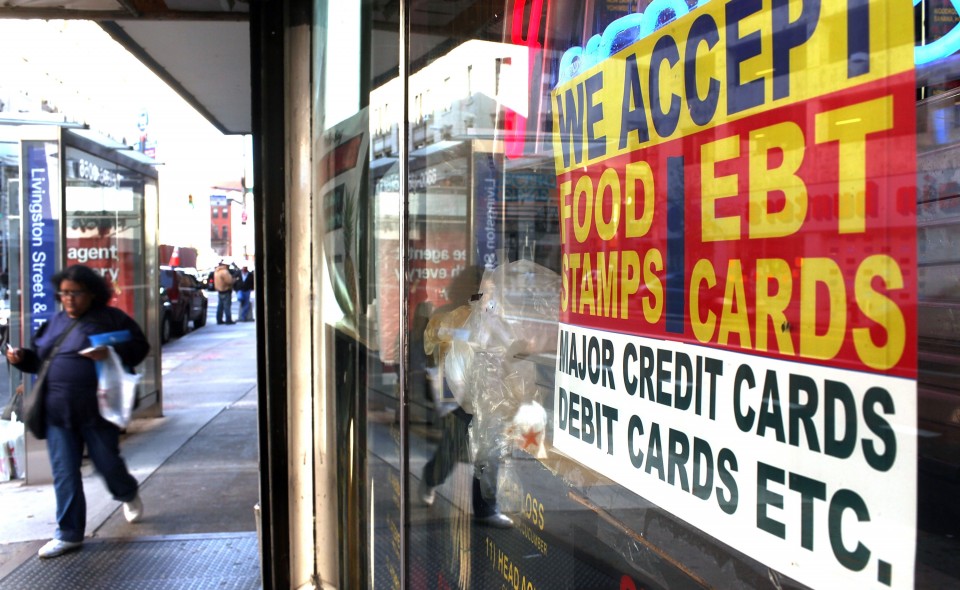 Leave it to the Democrats to profoundly misread voter sentiment in an election year.

Less than a week after U.S. Sen. Bernie Sanders handily won Maine’s caucus, with his calls for greater social programs including universal health care and free college tuition, how do Democrats in the Legislature respond…? By submitting two bills to clamp down on “welfare fraud,” and otherwise further demonize the state’s poor and economically disadvantaged.

Following on the heels of similar efforts to prevent food-stamp recipients from using their EBT cards to purchase junk food, the reform package outlines additional items (tattoos, alcohol and lottery tickets) that will no longer be covered. It furthermore eliminates $5 million from the state’s cash assistance fund and “converts a portion of [the remaining] cash assistance into a housing reimbursement paid directly to landlords.”

Just what Portland needs: More giveaways to capitalist landlords in the tightest, most overpriced housing market in recent history.

Throughout the press release, Alfond and Eves lecture welfare recipients on the importance of “education” and “job training,” so they can “get back to work.”

“The truth is,” said Alfond, “welfare isn’t working for Maine taxpayers, and it’s not working for those Mainers trying to pull themselves out of poverty.”

Where are the bills to address these real concerns. . . ?

Then again, what more should we expect from history’s second most enthusiastic capitalist party? Indeed, in Europe the Democratic Party would be a far-right political party.

Readers need only recall that, during the protracted 2011 debt-ceiling negotiations, President Barack Obama offered up cuts to Social Security and Medicare—the crown-jewels of New Deal liberalism. Yet, despite this, the editors of the Portland Press Herald/Maine Sunday Telegram endorsed Hillary Clinton for president, arguing she is “best suited to fight to preserve social programs…”

But here is the real problem with this welfare reform package: It is completely unnecessary. Why? Because there is no welfare fraud.

At least not enough to justify further demonization of the poor. “Welfare fraud,” like “voter fraud,” the “skills gap,” and “trickle-down economics,” is a phantom menace perpetrated by congressional elites to justify draconian — and often racist — curbs on social-spending, voting privileges, and capitalism’s failure to provide a job for everyone.

The asinine idea that welfare-recipients intentionally “game the system” so they can stay at home all day with their luxury cars and iPhones has been thoroughly debunked by numerous investigative studies.

During his first term, Gov. Paul LePage embarked on a similar witch-hunt to weed out alleged systematic and pervasive abuses of welfare benefits. But his annual $700,000 taxpayer-funded investigation has, to date, turned up a mere 45 instances of (possible) welfare fraud. In other words, the governor cost taxpayers more money desperately searching for evidence of welfare fraud than the handful of welfare recipients who have actually engaged in said fraud.

If Augusta is so hellbent on weeding out waste, fraud, and abuse in the welfare system, they should look not to individual welfare programs, but to the nation’s true “Welfare Queens”: Corporations.

As I have previously pointed out, the amount of money devoted to corporate welfare (in the form of bailouts, government subsidies, TIFs, tax-breaks, handouts and other quasi-legal loopholes) dwarfs anything the single mother across the street from you is receiving in government benefits. In 2012 alone, government spending on corporate subsidies increased to $205 billion, according to independent journalist, C. Robert Gibson.

As consumer-advocate and three-time independent presidential candidate, Ralph Nader, observed in a still-relevant 1996 article, “[B]y any yardstick, there is far more crime, and far more violence, and far more welfare disbursement . . . in the corporate world than in the impoverished street arena.”

Yet the media and politicians are virtually silent on the topic of corporate welfare. The issue, to my knowledge, has not been raised once in any of the so-called presidential “debates”–which are, of course, sponsored and hosted by the very corporate networks that also benefit from these programs. And political pollsters do not even broach the topic of corporate welfare, though they frequently ask respondents about their attitudes toward traditional welfare programs.

(Rep. Eves’ Communication Director, Lindsay Crete could offer me no concrete explanation for the Democrats’ refusal to tackle corporate welfare or why these bills are even necessary given the absence of rampant fraud. Crete would only speak to me on background. Still, that is more than I got from Sen. Alfond’s office, which did not return calls for comment.)

But even if some welfare recipients are using their benefits to purchase alcohol and lottery tickets. . . So what? Can anybody honestly blame them?

Life for the working class under capitalism is hellish enough as it is. We are still contending with the worst job-market in recent history. Obtaining a job in post-Great Recession America has almost everything to do with who you know and how “likeable” you are as a person. Your actual experience, qualifications and education are basically an afterthought to employers. And virtually none of the jobs that currently exist — mostly in retail, health care, or other forms of service work — pay a living wage.

Yet, the ruling bourgeois ideology still insists that workers who fail to “make it” under capitalism are lazy, unmotivated, or suffer some other form of personal deficiency. No wonder so many capable, intelligent, skilled workers become depressed and resort to gambling, alcohol, and heroin to alleviate their feelings of isolation, inadequacy, and lack of fulfillment.

As Milton wrote, “. . . Now with an inhuman cruelty, they who have put out the people’s eyes reproach them of their blindness.”

Let’s just call this what it is: Class-warfare. And, as billionaire investor, Warren Buffett has conceded, “My class is winning.” And it is an assault that both Republicans and Democrats — in Washington, Augusta, and throughout the nation — are engaged in.

“We have a profound hatred of the weak and the poor, and a corresponding groveling terror before the rich and successful,” Rolling Stone investigative reporter, Matt Taibbi writes in his excellent book, The Divide: American Injustice in the Age of the Wealth Gap, “and we’re building a bureaucracy to match those feelings.”

Buried in our hatred of the dependent, in Mitt Romney’s lambasting of the 47 percent, in the water carrier’s contempt for the water drinker, is a huge national psychological imperative. Many of our national controversies are on some level debates about just exactly how much we should put up with from the “nonproducing” citizenry. Even the George Zimmerman trial devolved into a kind of national discussion over whether Trayvon Martin was the kind of person who had the right to walk down the street unmolested, or whether he was a member of a nuisance class, a few pegs down on that sliding scale of rights, who should have submitted to . . . well, whatever it was that happened.