Portlanders for a Living Wage, a ballot question committee formed to support the passage of “An Ordinance Toward A Living Wage,” turned in over 3,000 signatures to the City Clerk. If the Clerk validates at least 1,500 of the signatures as belonging to registered voters in Portland, then the initiative will go on the November 2015 ballot. 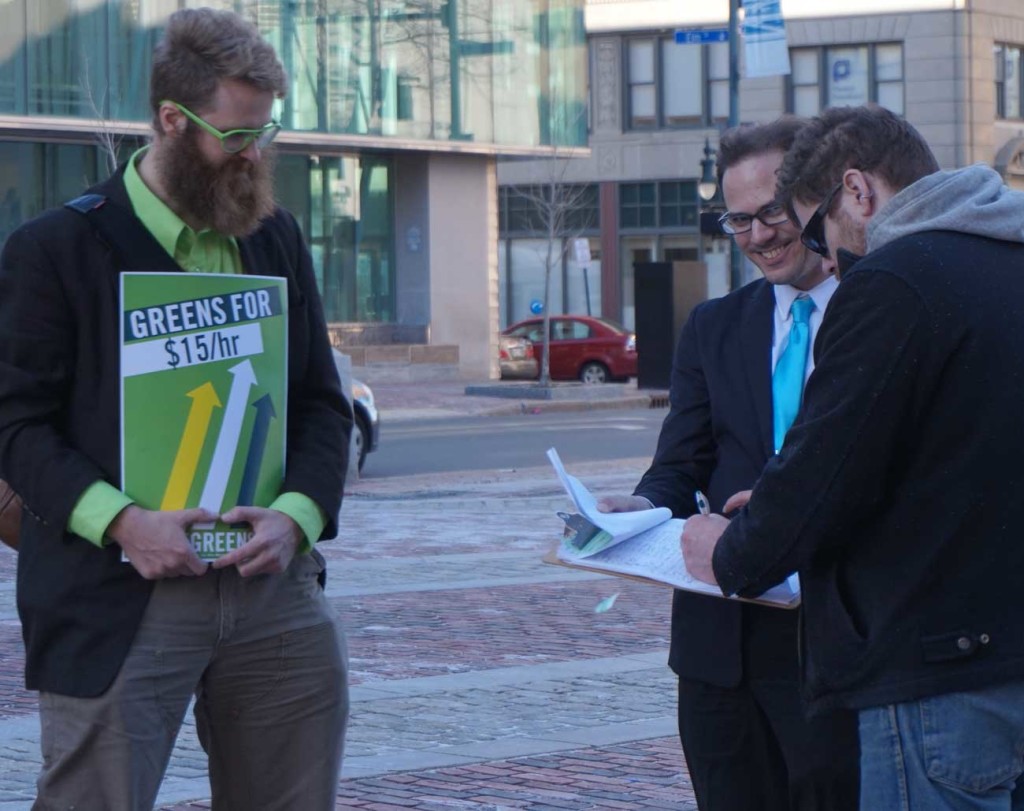 The initiative was started by the Portland Green Independent Committee after the Mayor’s minimum wage task force put forward a minimum wage proposal for $10.68 for a City Council vote. The Greens thought the number was too low, and hit the streets in April with their own plan for $15 per hour by 2017 for large businesses and by 2019 for small business. The mayor’s proposal was reduced to $9.75 by 2020 by the Finance Committee and awaits a vote by the full Council.

The Greens are confident that the initiative will make the ballot having turned in about twice as many signatures as required. They also expect the iniative to pass in November, after their own poll showed 55% of voters support a $15 minimum wage.

Many small businesses are concerned that the initiative is too much too fast. Also, business associations like the Chamber of Commerce are likely to fight passage.

Meanwhile, a statewide effort for $12 minimum wage is underway, led by Maine People’s Alliance and the AFL-CIO.