This Veterans Day leaders from the City, soldiers, veterans, and business leaders gathered to rededicate Andrews Square after the restoration of the square’s memorial monument.

The Andrews Square memorial was originally dedicated in 1921 and was a gift from the Portland Rotary in memory of Harold T.Andrews, the first solider from Maine to die during WWI. 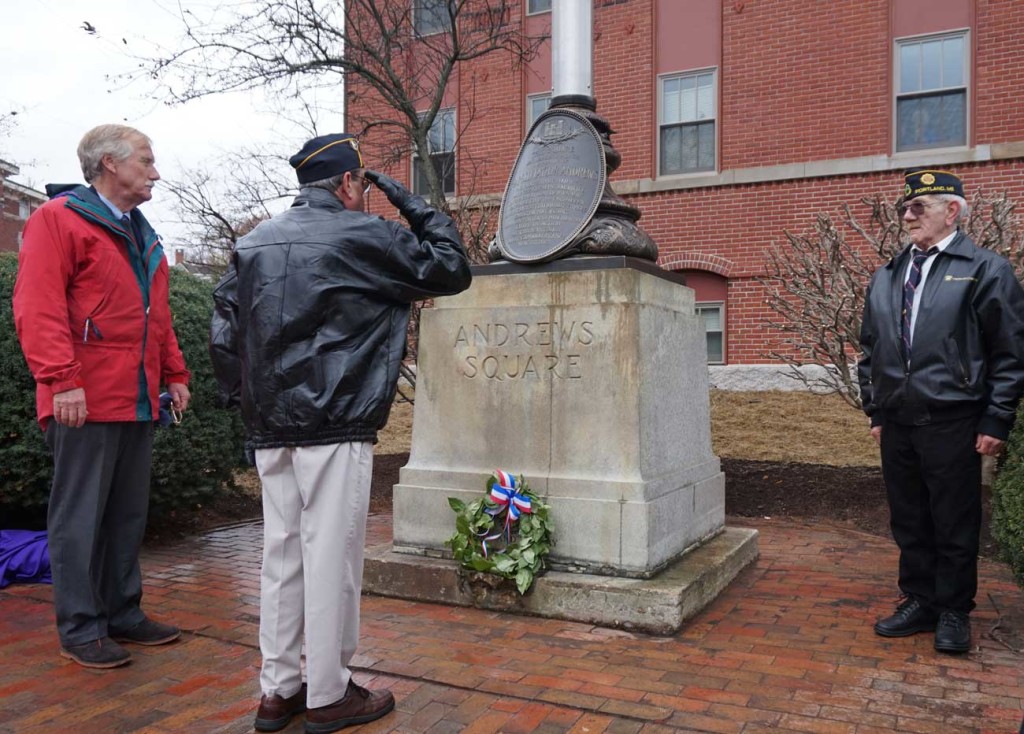 Remarks were given by Rotary President Bowen Depke, City Councilor Edward Suslovic, and the keynote remarks were by U.S. Senator Angus King, who quoted Abraham Lincoln.