“I did my first bicycle move in Washington DC. I figured, if I could do it there, I could do it in Portland,” said Seth Levy. He recently moved his entire apartment by bike from Bayside to the West End.

“We’re lucky in Maine to have some wonderful sustainable transportation resources – shops to provide bikes, non-profits advocating for better, safer roads for cyclists and pedestrians and groups advocating the construction and preservation of trails and infrastructure for biking,” he said.

Seth enlisted the help of family and friends to get it done. Local pedicabs and the West End News pitched in to help, as well. 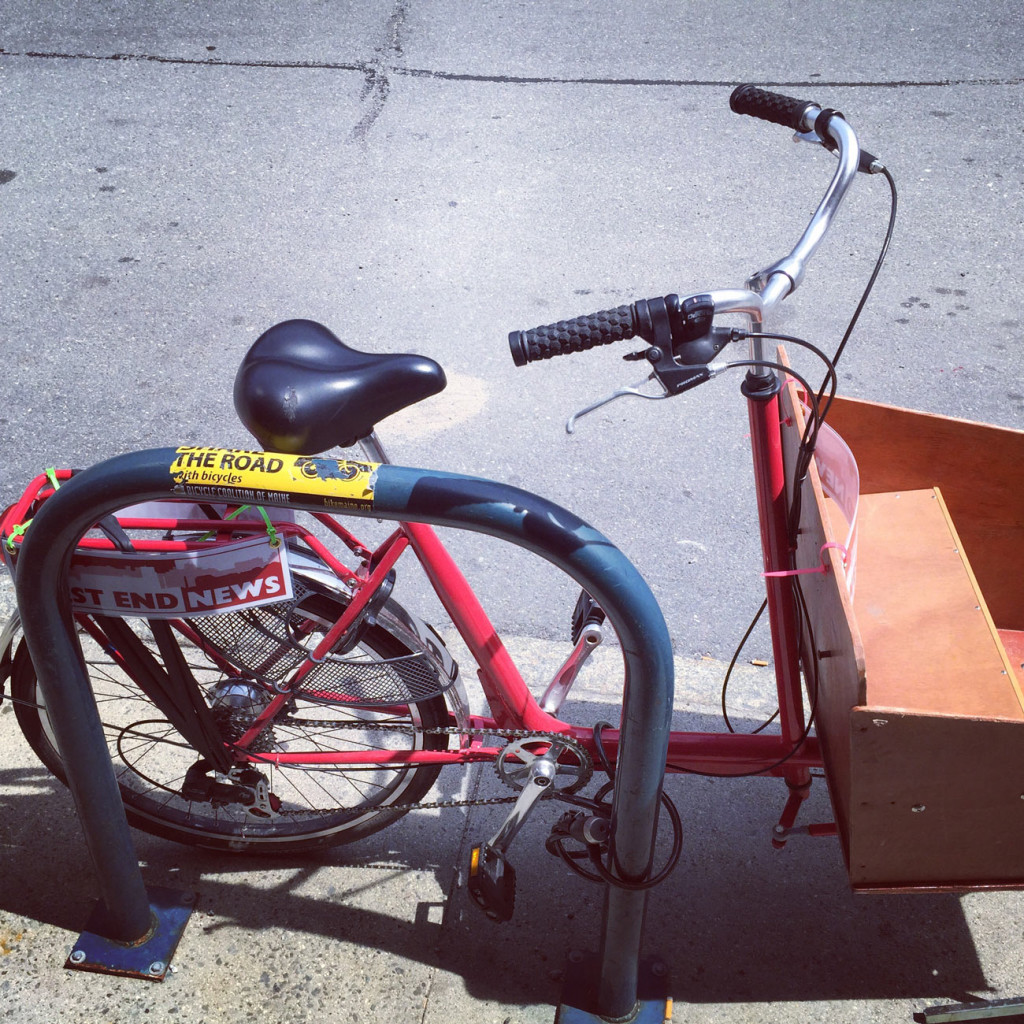 “I moved all of my possessions in an afternoon, using a handmade bike trailer, several pedicabs, piloted by intrepid Maine Pedicabs riders, and a cargo bike generously lent from noted cycling advocates Fred Robie and none other than Tony Zeli from the West End News. The four trips were filled with laughter, cheering and good fun.”

Seth is an advocate for urban cycling, and the bike move was intended in part to raise awareness of what is capable by bike. Seth wants a less automobile dependent city and is doing his part to get there by encouraging bicycling and advocating for the construction of infrastructure that improves walkability and bike-ability.