Vaped Out: Council Bans Public Use of Nicotine Vaporizers

Smoking has been banned in Portland for years, but as of this summer the ordinance has been expanded. It now prohibits the use of ENDS, a colorful acronym for electronic nicotine delivery systems, from public spaces such as parks, playgrounds, restaurants and hospitals.

ENDS are a variety of products from the now ubiquitous e-cigarettes to ‘open system’ vaporizers — devices that allow the use of different flavored liquids, some with nicotine and some without. and can be modified with different tanks or batteries.

All these products are defined by state law as tobacco products, but they do not actually contain tobacco. None of them are regulated by the FDA. 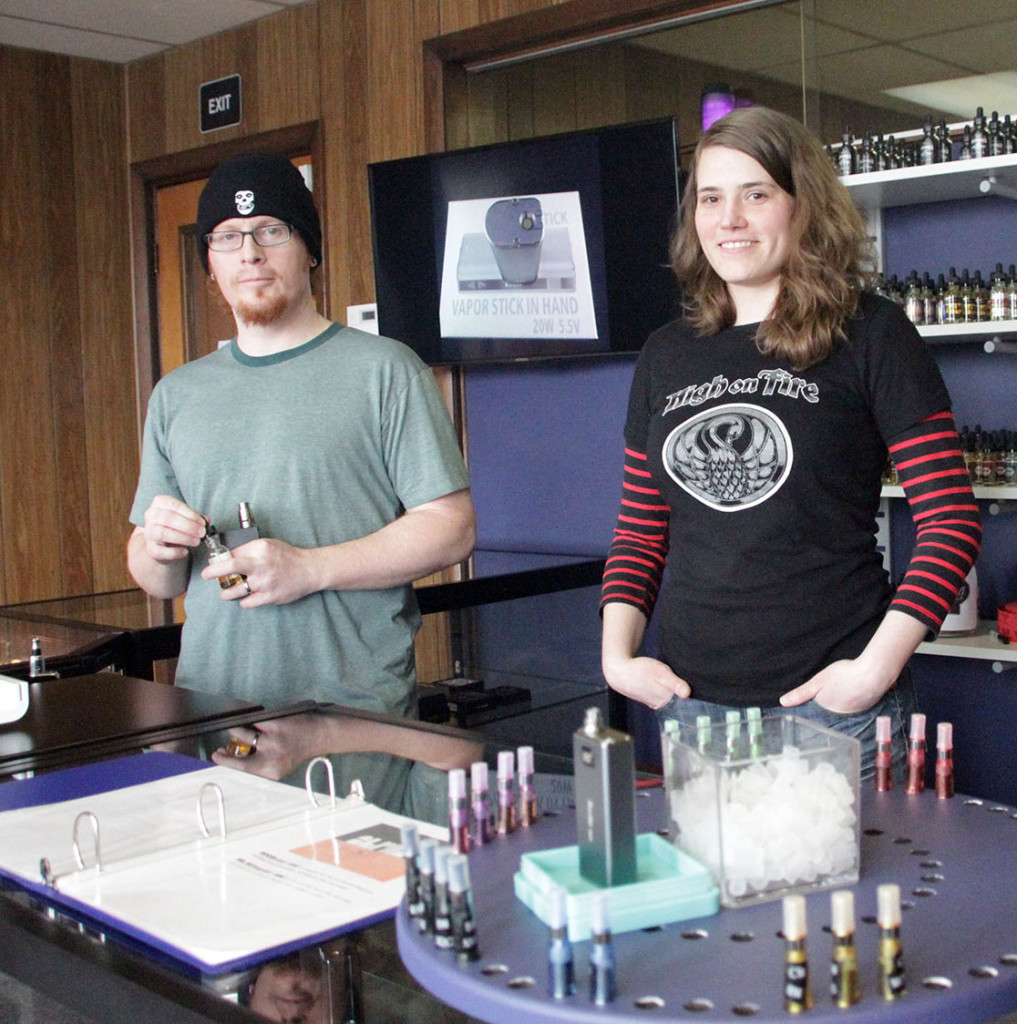 Lester points to a recent study published in the scientific journal, Addiction, that claims that vaporizing, if done properly, is 95% safer than tobacco smoking.

The difference is tar, the by-product of burning tobacco. Nicotine might be addictive, but it is the tar that kills.

City Council banned the product in public spaces because of the unknowns. Are ENDS safe? Are there ill-effects from second-hand vapor? No one knows.

West End Councilor Dave Marshall voted for the ban. He was concerned about creating a level playing field. If cigarettes are banned, vaporizers should be too. This way the City is not promoting the use of one nicotine product over the other.

Some argue that the ban may actually hurt efforts to curb smoking generally. Lester of Coastal Fog Vapors believes that 99% of his customers are people who use vaporizers to help quit smoking cigarettes and other traditional tobacco products.

“It’s not up to the City, at least within reason. Leave it up to the business. If a pub owner wants to say, ‘It is fine to vape in my establishment,’ they should be able to do so,” says Lester.

What is more important to Lester is self-regulation. He reminds vaporizer users to be mindful of others. “Don’t go blowing giant clouds [of nicotine vapor] next to people. Be mindful and use common sense, just like you would if smoking a cigarette.”

In Portland, there will not be any giant vapor clouds near you, at least not in public. ENDS are banned and will soon be as culturally stigmatized as cigarettes.

Next time you want to vaporize after a good meal or while out for drinks with friends, find yourself a dark, private corner outside. Your vaporizer may or may not harm the rest of us, but it does not matter because City Council has spoken: Vaping is banned.