The Uglification of the Jewel by the Sea

Today’s Topic: The Uglification of the Jewel by the Sea

When the Editor of the West End News announced that this month’s theme would be “Looking Ahead,” I thought, “Great! We can finally move on from the endless campaign!” The uglification topic is not, however, without controversy. As such, please note that the sentiments expressed in this article are solely my own and do not represent those of the West End Neighborhood Association.

If you’ve been living in Portland for longer than a couple of weeks, you’re probably aware of the tensions and discord that have bubbled up around the city in response to any number of development proposals. This is a natural and healthy occurrence. Especially true when the resultant structures will change the look and feel of a neighborhood for many years to come.

What’s often most disheartening, though, are not the changes themselves. Rather, be concerned about the round-about way their proponents wriggle them through the permitting process. A straightforward request gets modified, adjusted or expanded to the point where residents who initially endorsed an idea become vehemently opposed. 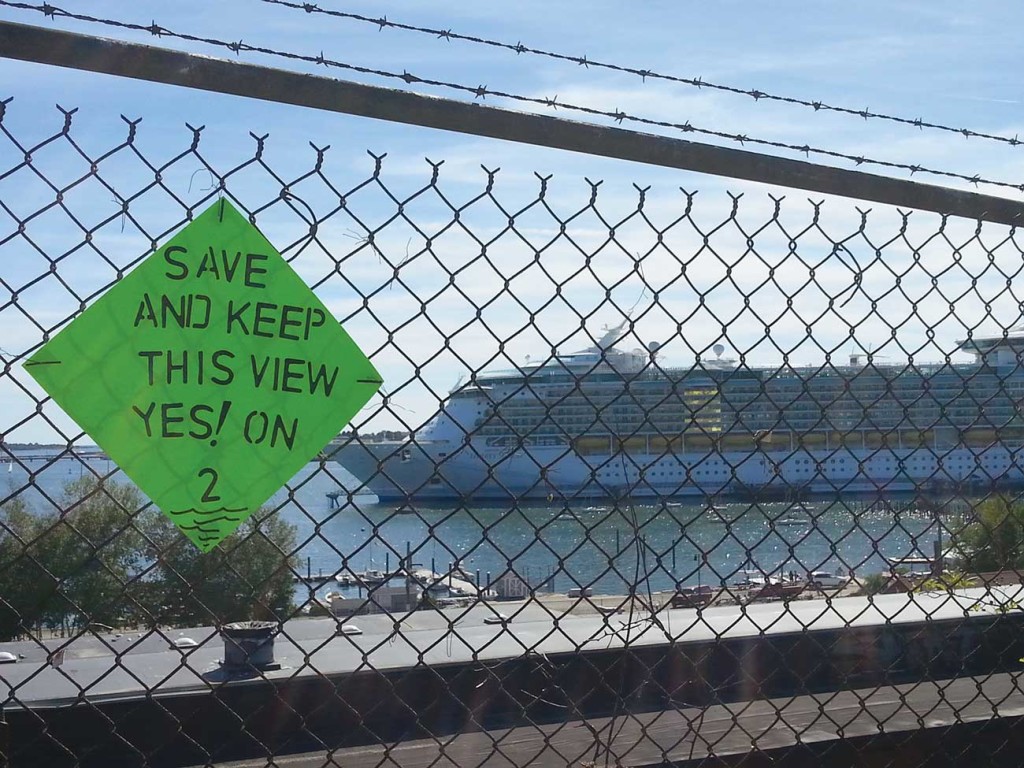 View from 58 Fore Street. The 2015 Ballot Question 2 asked voters to protect this view from development.

Case in point is the Waterfront Port Development Zone (WPDZ) on West Commercial Street between the Casco Bay Bridge and Veterans Bridge. Over the past few years, land parcels have changed hands amongst various state, city and private players. The end vision is to resurrect marine-related activity along that stretch. Overall the residents of the immediate neighborhood are supportive of these efforts. Eimskip, the International Marine Terminal and extension of rail access, as well as Portland Yacht Services are largely welcomed waterfront uses.

Now it looks like that honeymoon is approaching its end. The Portland Economic Development Department is requesting  a text change in the WPDZ to allow taller buildings, increasing from the current 45’ to 70’. Specifically, this change is in support of a cold storage building to be built by Americold which won the City’s RFP in 2015 for such a facility. Although looking at an unimaginative big white box is no one’s idea of a great view, at 45’ it was something that could be lived with. Especially, in light of the economic benefit that would result. 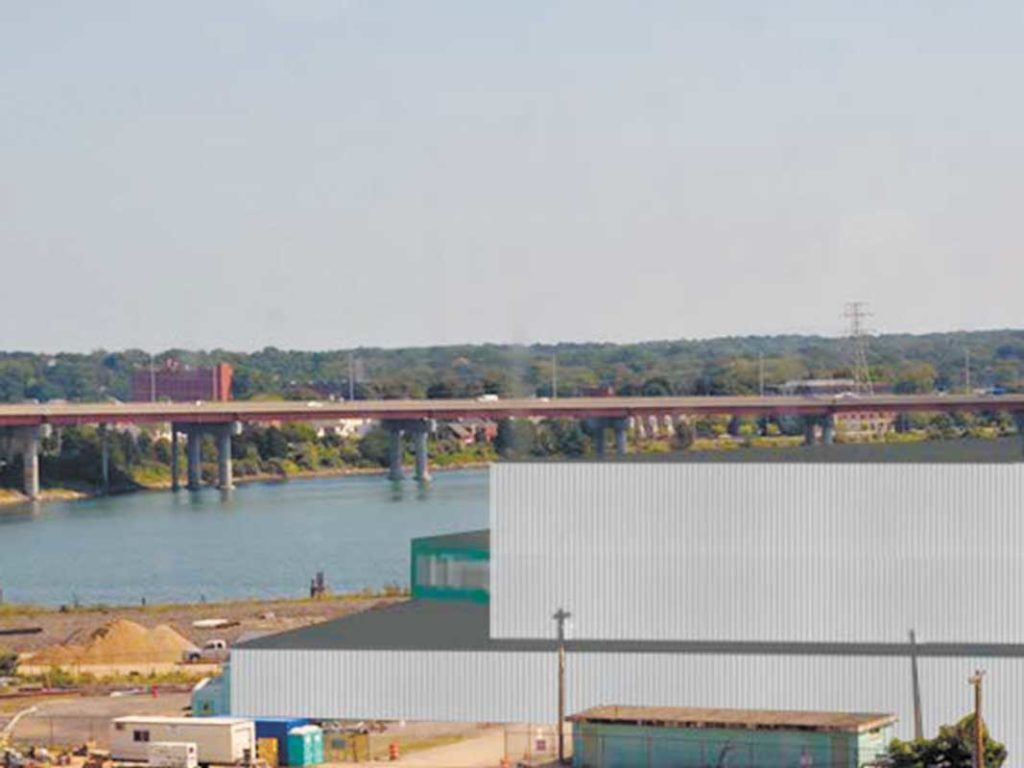 An “ugly” white box could come to dominate the view of the Western Waterfront. Above model is a height study block and not  an architectural drawing.  -Americold WPDZ Text Amendment (Memo and Attachments), Planning Board materials, October 18, 2016

For Whom Does the Economic Development Department Work?

In August, some informal meetings between city, state and Americold officials and consultants and residents of the neighborhood took place. At those meetings, most residents’ concerns focused on the monolithic façades that cold storage facilities present to the world. This was also true at an initial presentation by project consultants Woodard & Curran to the West End Neighborhood Association.

The inappropriateness of that kind of structure facing a highly desirable and expensive residential area seems apparent. Also, consider the sterility and charmlessness a giant warehouse would present to travelers along Commercial Street, one of the more heavily used roadways on the peninsula.

People spoke of color, landscaping, surface materials, visibility of activity. Moreover, they urged Americold to recognize that this parcel of land next to the Fore River is not tucked away in an industrial park. It is in a prime location in one of the most scenic cities on the East Coast. Neighbors want Americold to develop their design with these considerations in mind.

This is when the wriggling began. By the time of a neighborhood meeting on October 13th to present initial concept designs, somehow 45’ became an unworkable height limitation. And so the Economic Development Department began the process of requesting a text change in the WPDZ. Indeed, this text change could allow the cold storage building to tower 70 feet on a 120,000 square foot footprint. This is textbook uglification.

Nobody likes to start playing a game and have the ref change the rules after the first round. But it certainly feels like that’s what’s happening here. Who in City Hall is looking out for the already-developed residential neighborhoods? Is anyone? Or do the charms of the latest suitor always hold sway? Who will stop the uglification of Portland?