Allen Armstrong of Spruce Street and Peter Monro of May Street traveled to Washington, DC from June 11th through 13th to lobby Maine’s members of Congress in favor of a carbon fee to reduce pollution. 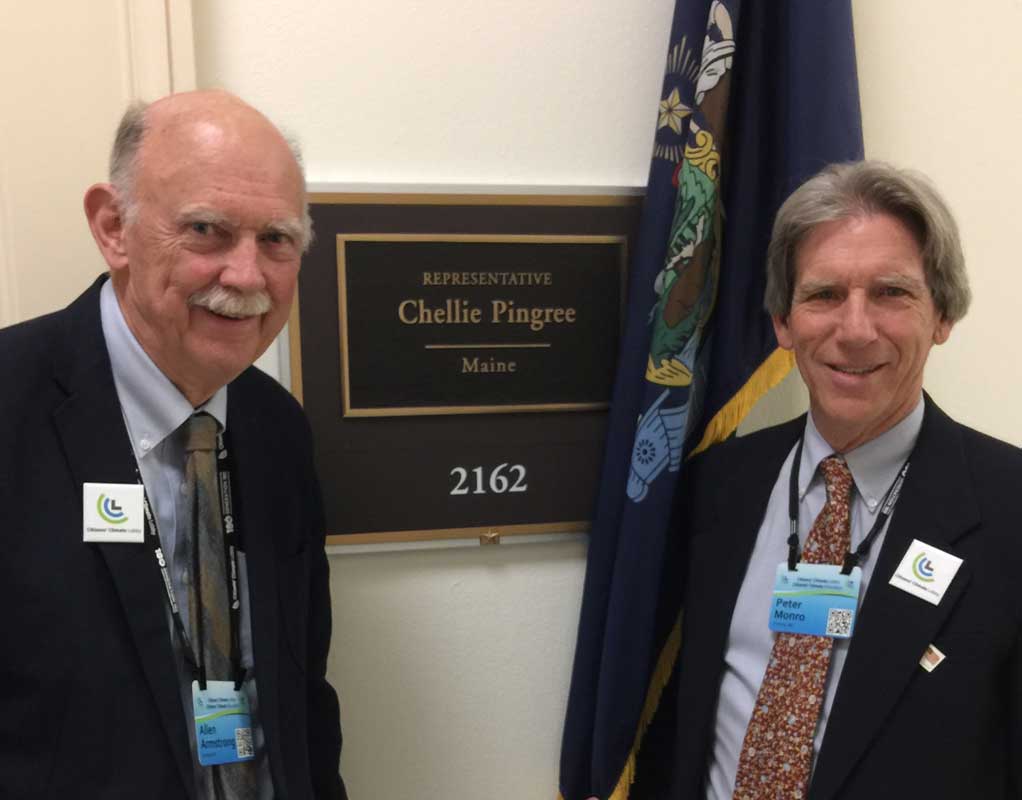 Both men are members of the Portland chapter of the Citizens Climate Lobby. The national group trains volunteers like Armstrong and Monro to provide information to congressional delegations about taxing carbon pollution. Perhaps the fee could be a major measure to lessen changes in climate.

Armstrong and Monro spent two days in training sessions sponsored by Citizens Climate Lobby. The sessions were held at the Omni Shorham hotel in Washington, DC. Then, on Tuesday, June 13th, they met with senior staff for all four members of Maine’s delegation.

At the same time, 1000 other volunteers from Citizens Climate Lobby were meeting with roughly 500 other members of Congress  on the same issue.

What is a carbon fee and dividend?

The group wants Congress to adopt pollution pricing known as carbon fee and dividend. It would place an annually rising fee on all greenhouse gas emissions. All revenues from the carbon fee would be paid to American households as monthly carbon dividend checks.

The group argues it is a simple, transparent measure that would be effective in reducing carbon pollution and climate change.

Armstrong said the measure would prompt the market and consumers to seek alternatives to fossil fuels. He says this would prompt a new American surge in clean-energy innovation. Also, it could provide Mainers and other Americans with money to participate in the economy’s transition.

Armstrong and Monro had earlier met with Representative Pingree in her Portland office and Senator King in DC alongside other Citizens Climate Lobby volunteers.