Article 2, Section 2, Clause 2 of the United States Constitution doesn’t leave a lot of room for interpretation. Our founders vested the President with the power to nominate judges to our Supreme Court, and for these nominees to be confirmed with the advice and consent of the Senate. 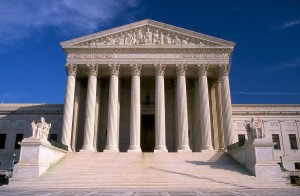 There is no magical date after which the President loses this power, or any other executive authority. He holds the power to make treaties and grant pardons until the end of his last day in office. Presidential powers have no half-life.

You’d be forgiven for thinking otherwise if you’ve heard the howls of the Republican leadership. Senate Majority Leader Mitch McConnell has unilaterally relinquished his constitutional responsibilities, and declared that the vacancy left by Justice Scalia’s death should be filled by the next president.

That’s not the way the Constitution works. A presidential term is for a full four years, not three years and one month.

Elections have consequences, and when voters overwhelming chose Obama over McCain and then again over Romney, we made our preferences known. And perhaps the biggest consequence of getting your presidential candidate elected is that the winner gets to make nominations to the highest court in the land.

Not only can they, they must – the President’s duty to uphold the Constitution includes the duty to appoint nominees.

Republicans have picked a fight they’re going to lose. While many GOP primary voters don’t want to see the makeup of the court change, that’s no excuse for inaction. Polls are showing independents increasingly disgusted by the Senate’s dereliction of duty. And surveyed voters get even more upset when they learn that a Supreme Court vacancy in a Presidential election year is nothing new – it’s happened seven times since 1900. Presidents Taft, Hoover, Wilson and Roosevelt all had their nominees confirmed and seated in an election year. 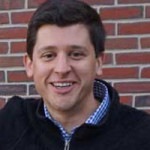 What’s the difference between then and now? While those presidents all had their enemies, the legitimacy of their office was never questioned in the ways endured by our first black president.

An impending constitutional crisis, precipitated by the GOP’s refusal to do their job, is a dangerous threat to the functioning of our government. It’s a middle finger to the President, who McConnell has never viewed with any legitimacy, and to you, the voter.

Not every Senate Republican is as obstinate as McConnell. It’s wonderful that our own Susan Collins has stated that she would vote on President Obama’s nominee. And it’s sad that the rest of her cohort so blithely refuses to do the job they were sent to Washington to do.