Posts
Home Uncategorized The West End Halloween Parade Is On!

The West End Halloween Parade Is On! 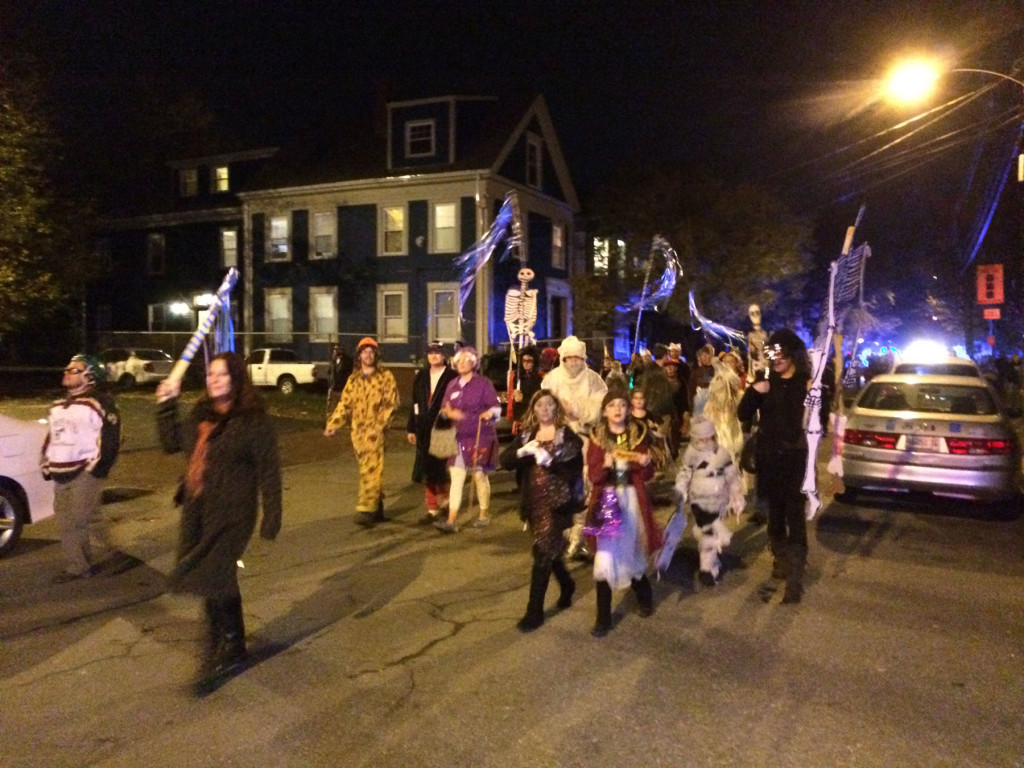 The neighborhood rallied, and thanks to volunteer efforts and organizers like Wynne and Dave, and as always with help from Shoestring Theater, the parade was a success.

Given last year’s close call, many were concerned about the fate of future parades, but it looks like there is nothing to worry about. Wynne, Dave and others are on top of it.

They are currently gathering volunteers, at least 15 to 20. These intersection volunteers are needed to help direct traffic along the parade route and make sure the parade stays together.

Many who volunteered last year have said they would happily do so again, but extra volunteers are always needed. For instance, it would be great to have a little extra help at the intersection of Pine and Emery. Last year, the parade was swamped by trick-or-treaters at this busy neighborhood crossroads.

“We lost our tail last year!” noted Wynne. The police tail, a car that follows the parade for safety, was separated from the parade by swarms of costumed West Enders.

Folks interested in volunteering at an intersection and helping move the parade along safely should contact Wynne directly at wynneway@yahoo.com. Likewise, artists and musicians who plan to partake can contact Wynne, if they like, or just show up and participate.

Shoestring Theater will allow the parade to use their spooktacular puppets. Volunteers will be needed to carry the puppets. The strong and willing are needed for some of the heavier creations.

Organizers are also raising donations to help secure the future of the parade. The fundraising target is around $1100. Donations will help secure the event for next year. Local nonprofit Youth in Action funded the bulk of last year’s expenses, and donations collected in 2014 are paying for this year’s parade.

The Parade route will be the same as last year (which is a shortened version of the traditional march). Families should meet at the Reiche School playground at 166 Brackett Street, at 6:00 p.m. for a 6:15 parade start time. Intersection volunteers are required to meet for a quick training overview at 5:30 p.m.

As of the date of posting, the application for permit from the City was still in process.
“We don’t foresee any issues with issuing the permit again this year,” said Jessica Grondin, City spokesperson.

Organizers would like to thank local nonprofit Learning Works, who once again is covering the Liability Insurance required for the event, and Youth in Action for sponsoring the event, and the Shoestring Theater, who will have their ever-popular puppets available for the parade.