Surveying the Damage: A Post-Election Postmortem 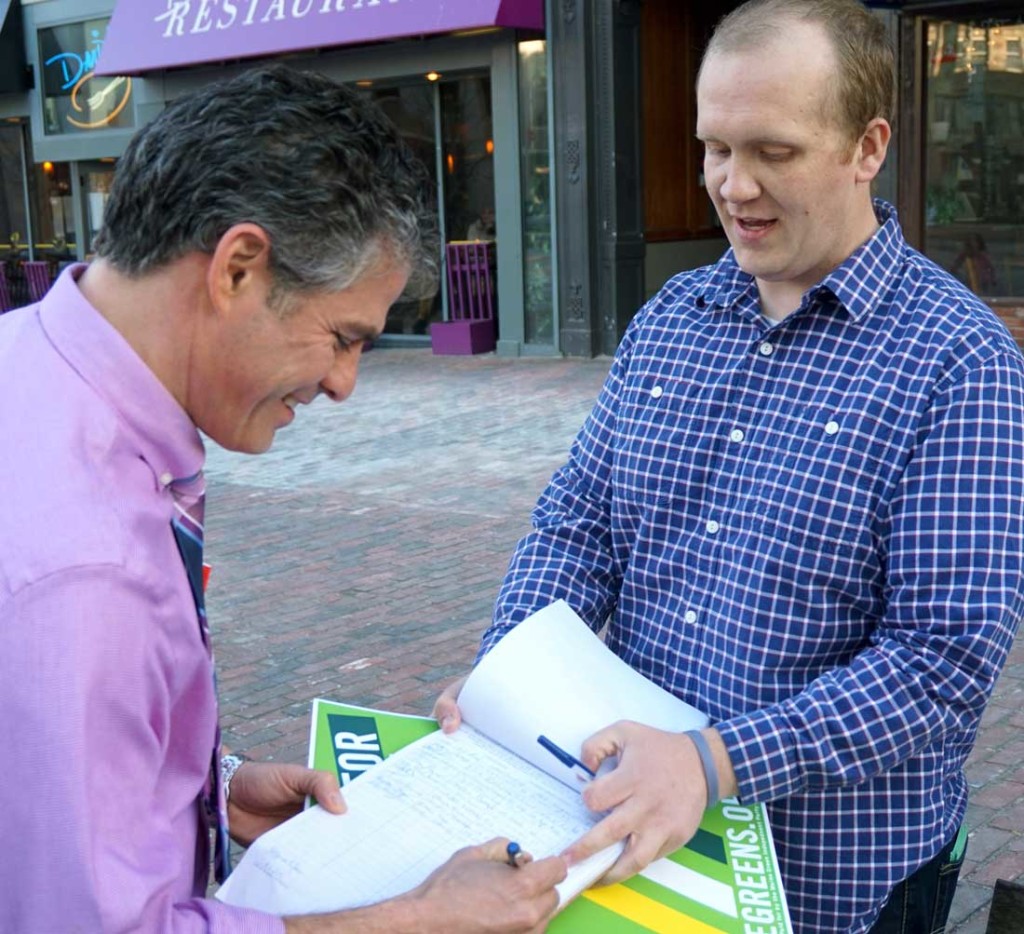 In light of the recent election, I think the city of Portland should finally qualify for one of those ubiquitous “Certified Business Friendly” signs that greet motorists at various towns and cities throughout the state. By every measure, the real winner of this year’s municipal election was the Portland Regional Chamber of Commerce.

As the veritable mouthpiece for Portland’s capitalist class, the Chamber defeated Question 1 which would have established a $15 an hour minimum wage in the city. It got its preferred candidate, Ethan “I’m Listening” Strimling, elected Portland’s new mayor. And it replaced progressive City Councilor David Marshall with real estate developer and corporate Democrat, Spencer Thibodeau.

“We got crushed by a reinvigorated and retooled coalition between the Democratic Party and the Chamber of Commerce,” said Asher Platts, former chairman of the Maine Green Independent Party.

We knew from the outset that the odds of victory were heavily stacked against us. In the end, we were outnumbered, outspent, and outmaneuvered by the elite business community, as well as the prevailing ruling class ideology which likely caused many minimum wage workers to vote against their own interests. (Or not vote at all. Only about 35 percent of eligible Portland voters bothered to cast a ballot on Nov. 3.)

The measure was defeated 58 percent to 42 percent.

The city’s business community (including many so-called “small businesses”) used lies and economic falsehoods to convince voters that raising the minimum wage would “destroy” the local economy, and lead to price increases. Both arguments have been widely debunked by economists.

Restaurant owners like Five Fifty-Five‘s Michelle Corry threatened to immediately move out of the city if the referendum passed–the same sort of naked extortion congressional Republicans routinely engage in when they threaten to shut down the government if they do not get their way. And just as with the GOP and toddlers, the hissy-fit worked.

Furthermore, Corry’s reaction to the prospect of having to pay her workers more (that she will just up and leave) suggests a degree of power and influence thoroughly at odds with the constant narrative of the beleaguered small business that is just barely scrapping by.

The Portland Chamber of Commerce spent over $170,000 to defeat the living wage referendum–despite persistent claims that businesses “cannot afford” the wage hike. The Chamber’s sound bite-ready opposition campaign claimed $15 was “Too far, too fast,” even though the referendum wording clearly stated the raise would not be fully implemented until 2019, with small businesses receiving a longer time to adapt.

There is no way around it: The referendum’s defeat represents a major blow to the Portland Green Party, which is currently facing an internal crisis over the party’s very identity prompted by Bernie Sanders’ (ill-fated) presidential campaign.

In essence, despite the many successes of the Maine Greens, the party has failed to win members to a cohesive, overarching political philosophy–one ultimately rooted in social justice, and anti-capitalism–that would not only bind us together as Greens, but also help build the viable third-party movement necessary to overcome the two Wall Street parties.

Curiously, these same individuals–Anna Trevorrow, John Eder, and Holly Seeliger–had no qualms about endorsing and posing in campaign literature for District #2 City Council candidate, Rob Korobkin. Korobkin ran a strong campaign on undeniably progressive positions, no doubt. But he has had nowhere near the level of involvement in the local Green Party as MacMillan has. In fact, I did not even know Korobkin was a registered Green until he announced his candidacy.

It is erratic, inconsistent actions like this that have left the party splintered, united only by the somewhat misleading party affiliation “Green-Independent.”

Yet the School Board Greens were so concerned with booting incumbent Mayor Michael Brennan out of office, they apparently neglected to consider that Strimling’s economic, social, and ideological positions are virtually identical.

(To the extent, that is, that Strimling ever articulated any actual policy positions on any of the issues during the ten or so mayoral debates he engaged in. Throughout most of the campaign, Strimling spoke in vague, superficial platitudes of “listening,” to “all sides,” and “bringing people together.”)

Neither Brennan nor Strimling supports a living wage. Neither is intent on curbing Portland’s rapid development and skyrocketing rents which are pushing low-income residents out of the city. Both seem to have disdain for the widely used citizen’s referendum process (a.k.a. democracy), with Brennan going so far as to unconstitutionally refuse to issue petition forms to the activist group, Friends of Congress Square Park in 2013. And both candidates were lavished with campaign donations from real estate firms, luxury housing developers, and local businesses.

Indeed, the only difference between the two Democrats is that Strimling received more money from such groups than Brennan. That is why he won.

“As long as politics is the shadow cast on society by big business,” wrote philosopher and educational reformer, John Dewey in 1931, “the attenuation of the shadow will not change its substance.”

So where do the Greens go from here?

We will certainly continue agitating for a living wage. Nobody who works full-time should live in poverty. Coming out of this election, the PGIC should critically assess the campaign’s weaknesses in order to plot our way forward. At the very least we forced the City Council to, after a year-and-a-half of dithering, finally pass a slightly higher poverty wage ($10.10). Not ideal, but it’s a start.

But the structural problems that currently plague the party internally will be more difficult to remedy.

To be clear, the Green Party is not an explicitly revolutionary organization. As a political party, its orientation is almost exclusively limited to the electoral arena, rather than movement building. This, I believe, has been its greatest weakness.

One thing is certain: With Strimling as Portland’s new self-styled “CEO,” and the Democrats offering nothing but more luxury condos and gentrification, the city desperately needs a radical third-party to fight for the working class. Whether the Green Party will continue to fulfill that role remains to be seen.