by The Turtle Tribe, Noble Middle School, Berwick, ME 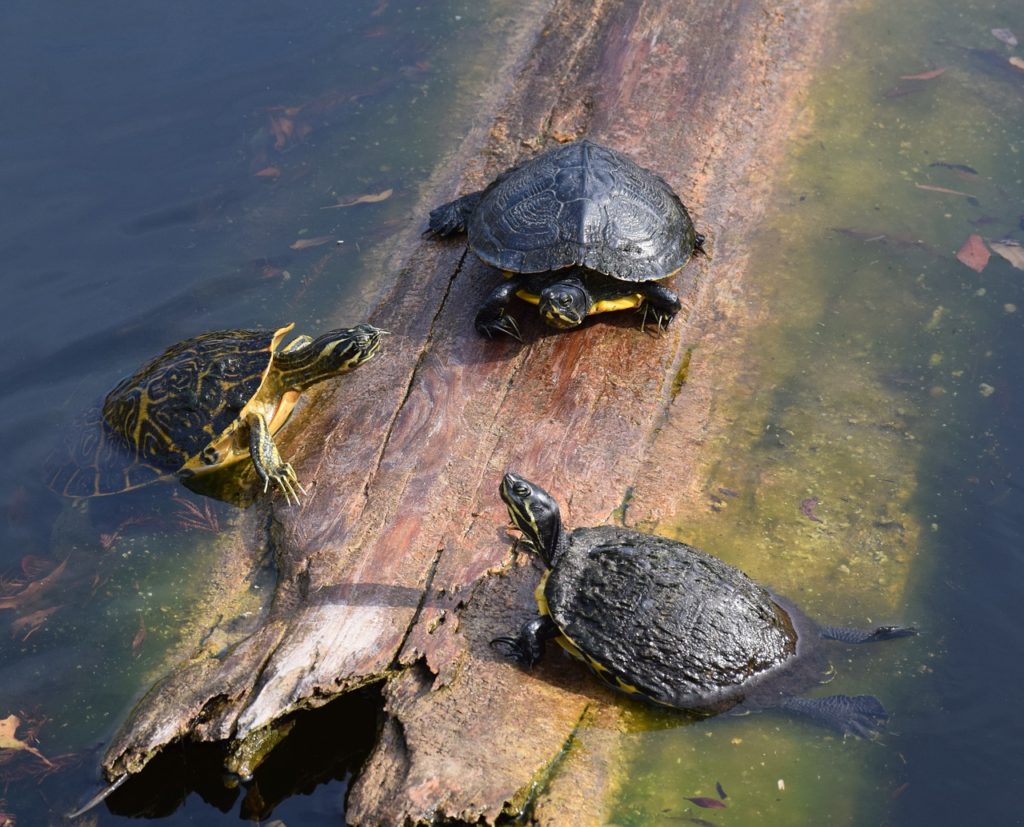 The theme for the competition changes each year. This year’s theme is Animal Allies, and examines how humans interact with animals and how we can improve those interactions. While brainstorming topics, the Turtle Tribe realized they all liked turtles and tried to think of a particular problem with humans and turtles. Sean mentioned the spotted turtle is on the endangered species list for Maine as a species of concern. Another team member, Gunnar, added that they do have spotted turtles in Southern Maine because he saw them first hand while canoeing on the Salmon Falls River. The team then decided that they would try to raise awareness about this species and how human impacts on the animal are making a difference.

Many people have not heard of the spotted turtle, and don’t know why its population is declining or how they can improve our human interaction with the species. The spotted turtle, Clemmys gutatta, can otherwise be known as the polka dot turtle and is endangered on a global scale by the International Union for the Conservation of Nature (IUCN). Before 2001 they were only listed as a species of concern and in 2001 the species was moved to threatened. This animal is a local, semi-aquatic reptile, but the species population is greatly declining because of growing pet trade. The spotted turtle is restricted online for sale by Turtle Source: GA, ME, NH, VT, MA, RI, CT, NY, NJ, DE, MD, VA, WV, PA, OH, OR, and MI, and it is protected in South Carolina.

Every time we take a turtle out of the local environment or buy one online we are taking them for our own good. The best way to help protect them is to leave them as they are. If you see one on the side of the road leave him, do not try to take them as pet or help them. The only reason you might touch a turtle is if he is in the road and is in danger of being hit. Pay attention when driving and watch for small animals. You might think that one turtle makes no difference in their population, but if every time a person saw a turtle they took it home for their children, the turtle population would decline quickly.

How to Identify the Spotted Turtle

We have made a website in hopes of educating the community. We have also created one inch clay models of turtles to pass out that will help raise awareness. Thank you for helping us in this race to help the spotted turtle before we can’t save them anymore and they’re gone forever. This turtle is almost gone, and we don’t want this cute creature to leave our earth without us even trying to help.

To learn more go to our website at sites.google.com/msad60.org/spotted-turtle, or email us at spottedfriendsinfo@gmail.com.