Strong Odor in West End Not a Gas Leak

Portland fire officials reported on October 28th that construction on Commercial Street was releasing a pungent gas-like odor from contaminated soil. Shaw Brothers of Gorham, Maine are performing excavation work to make way for the new International Marine Terminal on the Portland Waterfront, and the work is unearthing a large quantity of contaminated soil which is creating the scent. 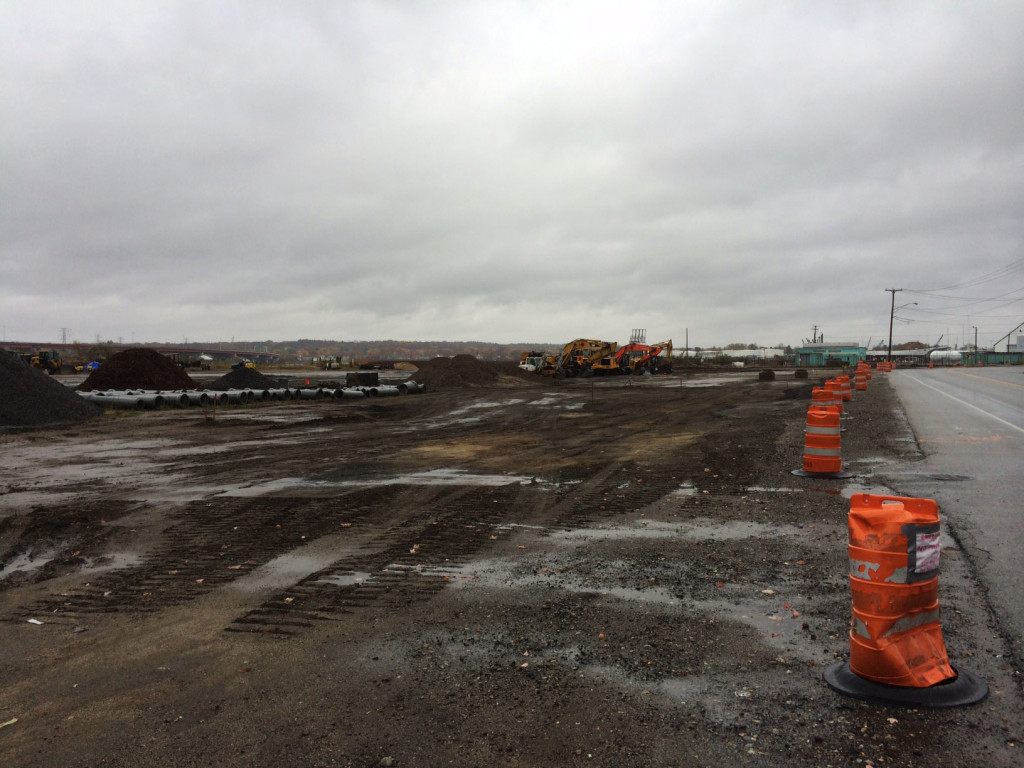 Construction off of Commercial Street on the western waterfront.

Portland Fire Department dispatchers took a large number of calls due to reports of a strong odor of natural gas in the area of West Commercial Street.   Unitil, the Natural Gas provider in the Portland area, reported that they investigated the odor but found no leaks in their system.  Unitil inspectors are in the area and have noted that the odor is strong, but no readings of natural gas have been detected.

Portland fire crews were called to the area early in the morning and investigated and suspect a similar explanation for the smell.

“While the smell is strong and widespread due to the current weather conditions, there is no cause for alarm or concern. We’ve been in contact with both Unitil and Shaw Brothers and understand the situation, and are comfortable that it is being handled in the safest possible manner at this time,” said a fire department spokesperson.