Posts
Home Featured Stories of Arts and Crafts ‘From Away’

Stories of Arts and Crafts ‘From Away’ 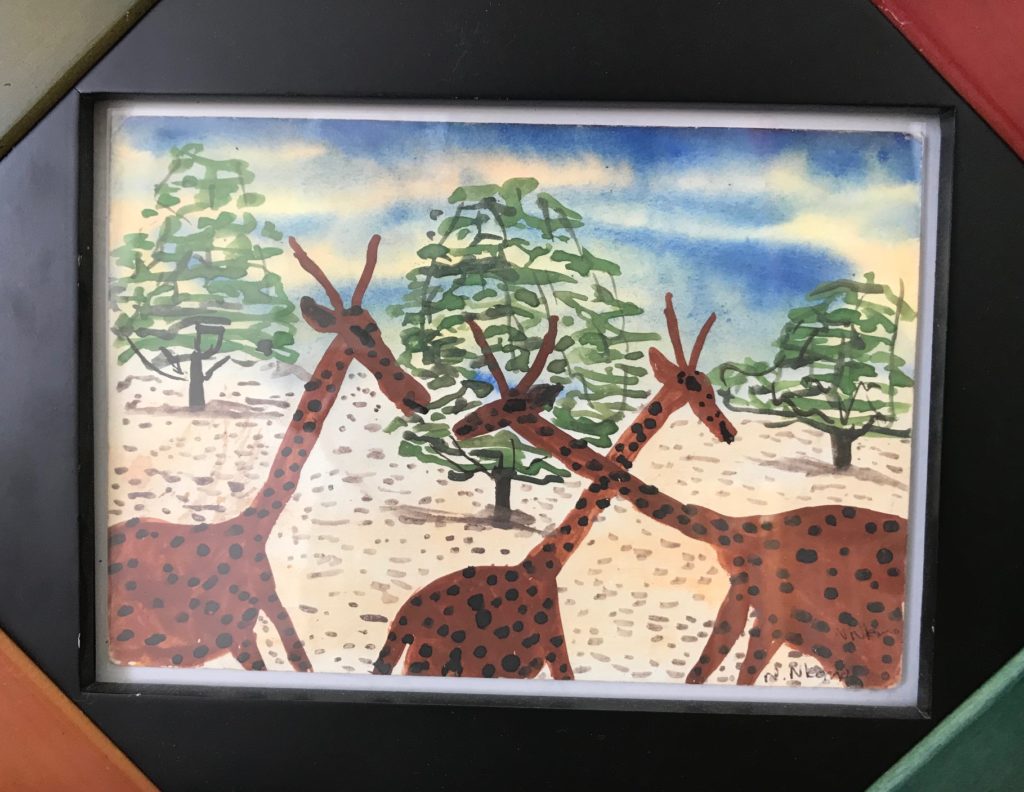 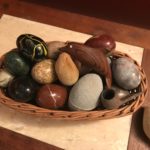 When I was a little girl my great aunt Mary had a basket of colorful alabaster marble eggs on her coffee table that her father had brought from Italy. So, I got the idea to collect my own eggs when I traveled to Italy. My basket is now a menagerie.

The first four or five eggs are polished marble from Florence. There’s a hand carved alabaster egg from Egypt and one of Malachite from Zimbabwe. Included also are three small eggs from China, a painted Aboriginal egg from Australia, a wooden egg from the Dominican Republic, and a piece of decorated pottery I found along the Mediterranean coastline – I think it is an art relic from the lost city of Atlantis.

From Panama I brought home several handmade Molas. Each cloth panel has layers of bright colored fabric, sewn together in a reverse appliqué technique. Originally used as part of the traditional women’s clothing of the Guna people, each Mola tells its own story. I used to do needle work and truly appreciate the amount of work that went into these beautiful geometric designs.

From Switzerland came an intricate wooden bowl like those used by the dairy farmers to hold cream and cheese. It has no nails or glue. A true wooden craft that now holds non-dairy hair accessories. 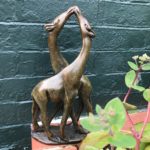 From Zimbabwe I have many treasures: a batik wall hanging, an intricate zebra pencil sketching, a stone carving of kissing giraffes, several wooden carved animals, and a Marula necklace. The artist claims the Marula seed on the necklace passed through the digestive system of an elephant. Note, the intestines of an African bull elephant can achieve an incredible length of up to 62 feet. The seed was “cleaned” of fibrous fruit in the process of digestion and was then mined out of the dung. I wear this story proudly!

However, most special from Zimbabwe is a painting of giraffes done by a young girl in a village near Victoria Falls. While she had no use of her arms and hands, she adapted and created works of art by painting with her feet, bringing pride and support to her family and community.

From Egypt, I treasure an intricate painting on papyrus and a silver charm I gave to, and have since inherited from my mother, of the Egyptian Eye of Horus. The Egyptian Eye is a symbol of protection, royal power, and good health. 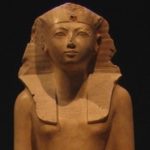 One thing I searched for but didn’t find in Egypt was a small statue, print, or anything bearing the likeness of Queen Hatshepsut. She is my favorite ancient Egyptian! When her husband Thutmose II died young, the throne went to his infant son Thutmose III. Hatshepsut began acting as Thutmose III’s regent, handling affairs of state until her stepson came of age. She ruled peacefully for over twenty years in a male dominated culture. When Thutmose III came to power, he erased her inscriptions and tried to eradicate her memory from Egyptian history. It took several millennia, but now we recognize her innovation, audacity, and impact on history. For me Queen Hatshepsut’s legacy is an intangible work of art.  I treasure all the acquired art from my travels. They remind and surround me with stories and memories… What if these works could talk? What stories would they share? 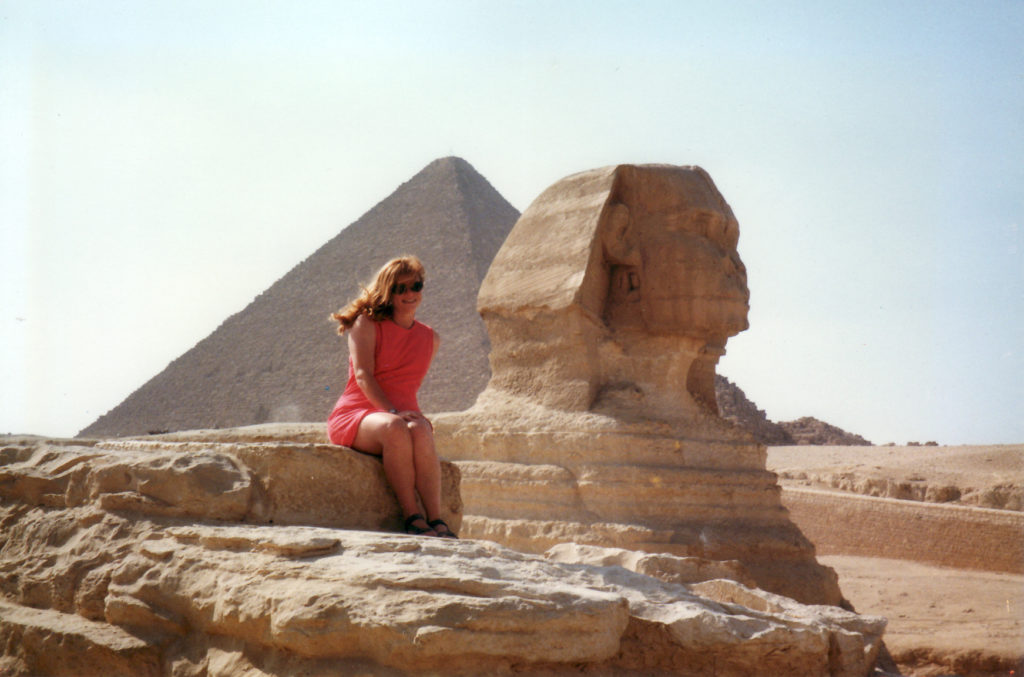