Spencer Thibodeau says he will seek re-election for the District 2 City Council seat. The district includes the West End, Parkside, St. John Valley, and Oakdale neighborhoods. Thibodeau is serving the third and final year of his first term in office.

Thibodeau was elected in 2015, a 27-year-old real estate attorney at Verrill Dana, after incumbent Dave Marshall stepped down to pursue career and family interests. 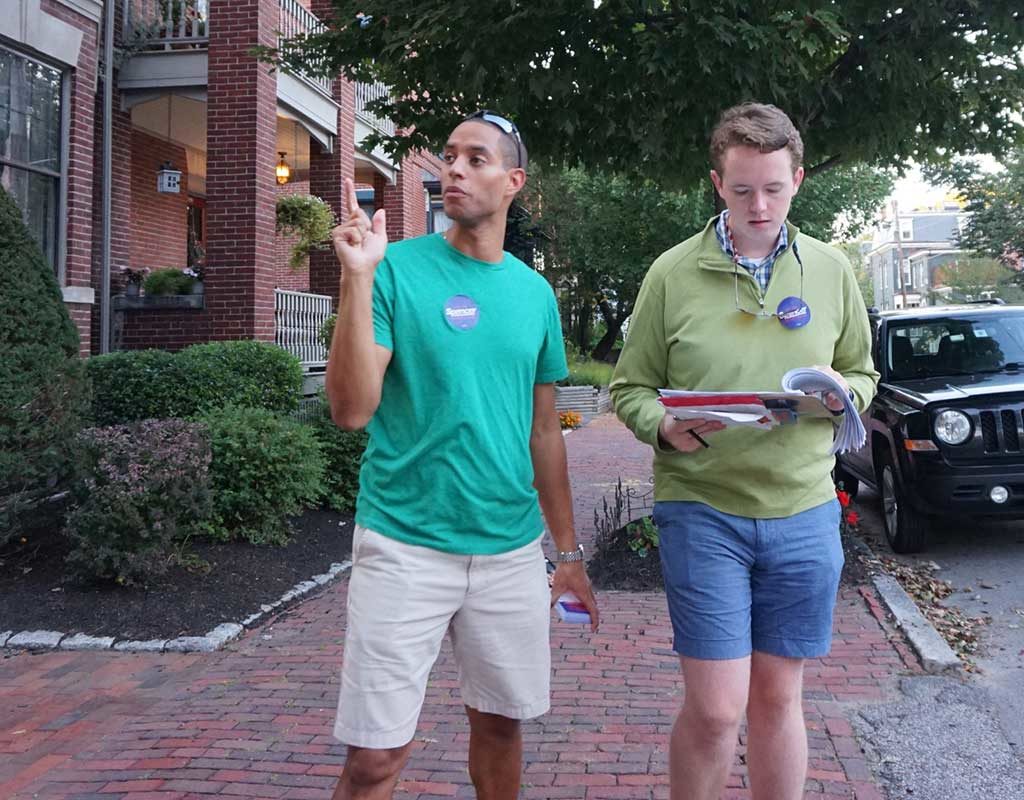 Spencer Thibodeau before his election in 2015, canvasing the West End with volunteer Eaamonn Dundon. (Sep. 2015)

During his first term, Thibodeau successfully pushed for live streaming of Council meetings. He chaired the Sustainability Committee and passed the pesticide ban. Also, he successfully got funding put in the Capital Improvements Plan (CIP) for the city’s first protected bike lanes – appearing along Park Avenue as soon as this summer.

There are many tough issues coming up for the next District 2 councilor. The Maine Medical Center expansion will impact the neighborhoods of this district more than any other. The working waterfront is developing quickly and with much controversy. In addition, Thibodeau notes challenges such as the upcoming property re-valuation and a planned major update to zoning code.

As of posting, no other candidate has announced for the seat. Nomination paperwork to run for City office becomes available in July. The election will be in November.