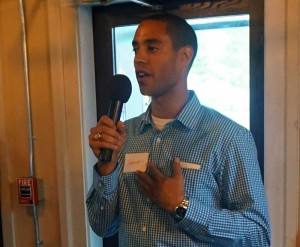 The event was packed with well-known and up-and-coming Democrats. Former Mayor and fellow Verrill Dana lawyer Jim Cohen attended, as did District 3 City Councilor Ed Suslovic. WGAN’s Mike Violette was there, too. Spencer received the endorsement of At-large Councilor Jon Hinck, who resides in the West End. 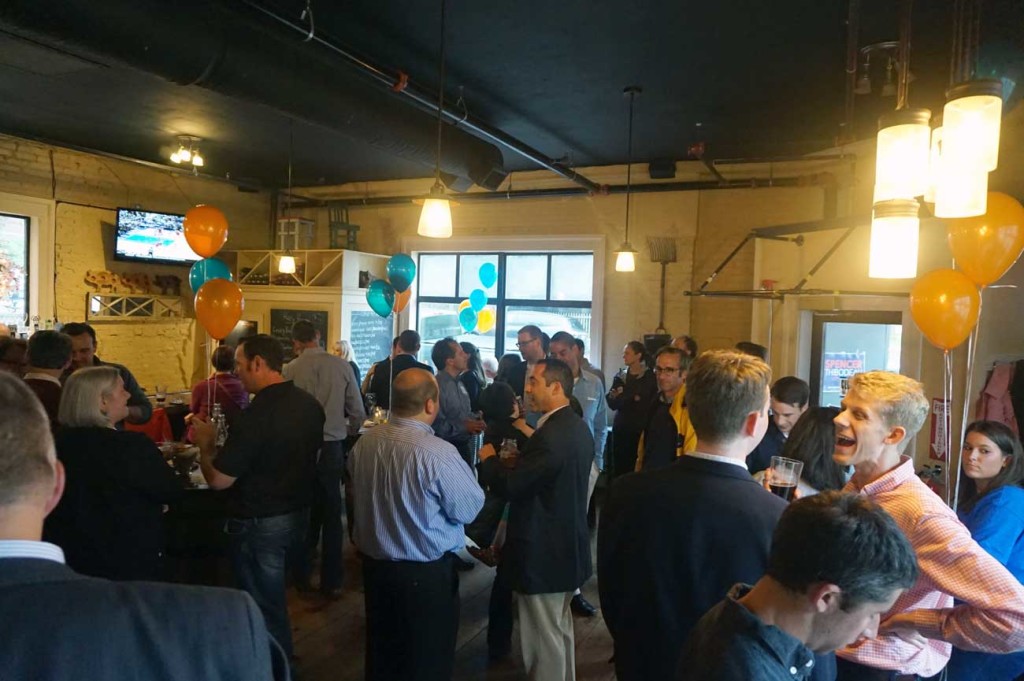 The gathering at the Little Tap House to support Spencer’s bid for Council.

Spencer praised the recent rezoning of 58 Fore Street, the 10-acre Portland Company site. He indicated that the City should do a better job of presenting clear and fair rules for developers.

Incumbent District 2 Councilor Dave Marshall was one of two votes against the rezoning that Spencer praised. Councilor Marshall told the West End News that he would not seek reelection.

A Green Independent who helped to draft the $15 minimum wage ballot initiative, Mako Bates, has also announce intentions to run for the seat. All candidates will have to collect 75 signatures from registered voters in their district to appear on the ballot in November.

Among many issues, Spencer also stated support for protected bike lanes, and stated that supporting the homeless population of Portland should be paid for by all the communities in the region and not shouldered by Portland alone.