I have always enjoyed winter and the one year I spent in a place without the whole shebang of cold, snow, long nights, and short days made me feel kind of disoriented and deprived.

Now the clatter of the plow going by during the night, followed by the morning scraping of neighbors’ shovels along the bricks and asphalt is warmly reassuring. More so after the isolation of a few indoor hours of listening to the wind, watching the rising piles and swirling drifts of snow, and hearing the tap, tap of sleet on the windows.

It’s entertaining to watch the cat next door. She sits on a platform of her second-floor cat tower gazing at the action in the driveways below or patting at snowflakes flying by her window.

On a non-stormy day there’s the surprise of walking past a chattering hedge just before dark—not a bird to be seen, but at least a couple of dozen are hidden within the needles and branches excitedly relating the events of their day and preparing for sleep. A little earlier, some of those same birds might have been hanging out at our feeders, duking it out with the battalion of squirrels remaining from the past summer’s population explosion.

Some of you might have been aware of the bob-tail squirrel that appeared at Clark Street Park during the summer. Its unusual appearance caused somewhat of a stir and some friends started calling him Fred. Before Christmas, Fred appeared outside our window and now regularly raids our feeders. Upon closer inspection, he has proven to actually be Frederika! She provides endless amusement as she runs and hops along branches, swings around limbs, hangs by her rear claws, barks and chatters—all the while looking more like a short-eared rabbit than a squirrel.

The colorful cheeriness of lingering Christmas lights in the late winter or a whiff of balsam from a tree or wreath tossed on a snow bank after the holiday surprise the senses.

The subtleness of a winter sunset with its faded yellows and pinks muted by icy grey leads into the fantastic mystery of a winter night. In the deep, clear, cold of the endless dark sky, an improbable moon and a few lonely stars appear; they’re amazing – don’t miss them.

Rosanne is a West End resident and regular volunteer contributor to the West End News. Contact Rosanne at lavidalocalwen@gmail.com. 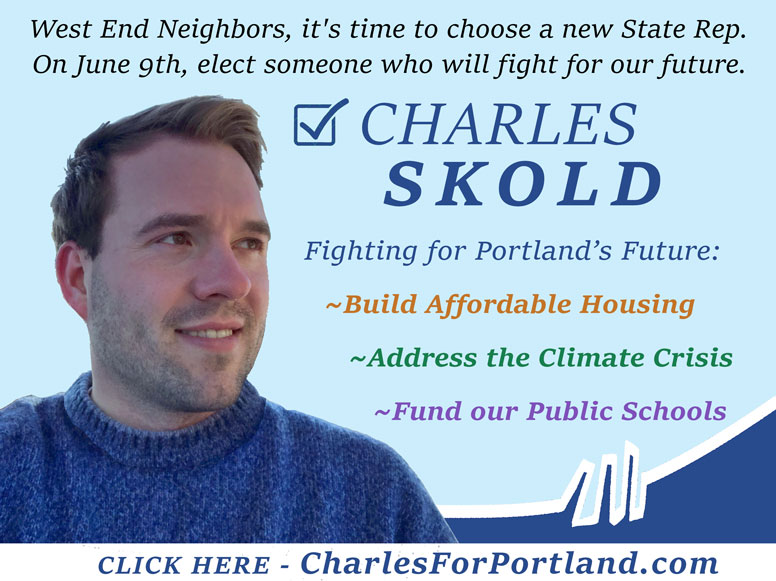