UPDATE: As of Friday, August 14th, Rob Korobkin and Spencer Thibodeau have qualified for the ballot as District 2 Council candidates. A third candidate, Mako Bates has left the race. Candidates have until August 25th to qualify, but as of posting no other candidate has withdrawn papers.

A third candidate has entered the race for the open District 2 City Council seat (representing the West End, Parkside, Oakdale, and St. John Valley neighborhoods). Rob Korobkin, of 85 Fessenden Street, is an activist who was active in Occupy Maine. 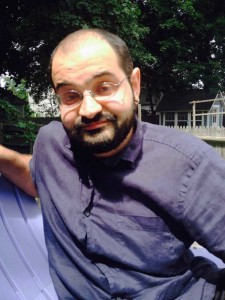 Rob joins Spencer Thibodeau, of 89 Pitt Street. A third candidate, Mako Bates has withdrawn from the race. Both Rob and Spencer have qualified for the November ballot with at least 75 qualified signatures from in-district registered voters.

Councilor Dave Marshall is vacating the seat after 9 years of service.

Rob has a BA in Urban Studies and studied at the Salt Institute for Documentary Studies. He works as a computer programmer. Rob is a homeowner.

In a media release, Rob sited his experience as an advocate and activist, listing involvement in issues such as marriage equality, tar sands, and Congress Square Park. He stated that his expertise as a community organizer and software developer will help him achieve his goal of making the City government more transparent, participatory and equitable.

“I don’t think we do any of those things especially well right now” said Korobkin.